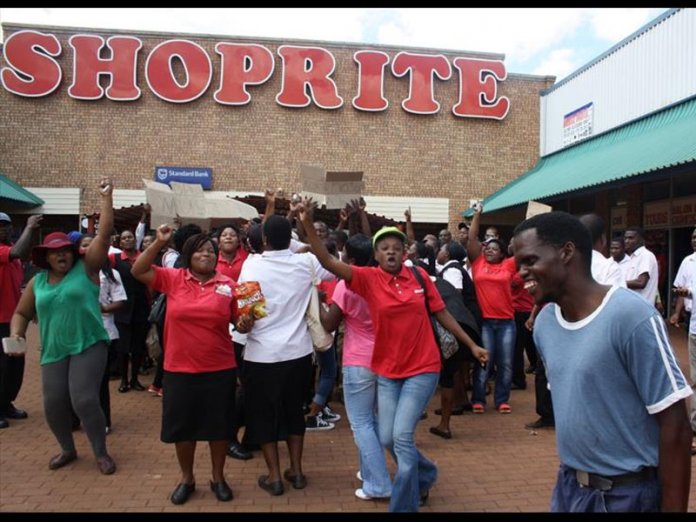 By Sunday Ehigiator
Some angry Nigerian youths Tuesday invaded a Shoprite outlet in Lekki, Lagos to protest the xenophobic attacks against Nigerians in South Africa.
The Shoprite outlet attacked is located at the Circle Mall in  Jakande area of Lekki.
According to an eyewitness, the protesters carried placards with inscriptions suggesting their dissatisfaction with the Xenophobic attacks on Nigerians in South Africa, as they went on to vandalise and loot the South African store.
Men of the Nigerian police are currently at the mall to restore peace and maintain law and order, according to an eyewitness.
There are also unconfirmed reports that some outlets of another South African owned company, MTN, have closed as indications emerged  that the protest may spread.
Efforts by THISDAY to reach the spokesman of the Lagos State police command on the issue were unsuccessful.