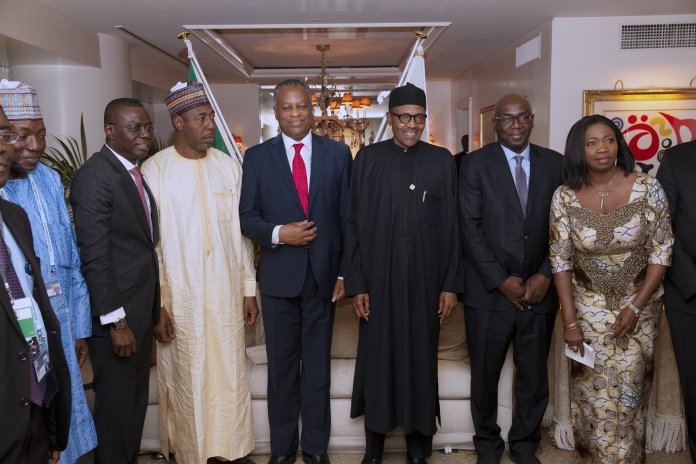 Nigeria and the European Union (EU) Thursday in Yokohama, Japan signed a €50 million memorandum of understanding (MoU) to support humanitarian and development efforts in the country’s war torn North-east region.

This came as President Muhammadu Buhari also Thursday in Yokohama, sought the assistance of Japan to combat piracy in the Gulf of Guinea and also halt illegal fishing in the region.

In a statement, Special Adviser to the President on Media and Publicity, Mr. Femi Adesina, said the cooperation agreement, which was signed by Nigeria’s Foreign Affairs Minister, Geoffrey Onyeama, and the EU Commissioner for International Cooperation and Development, Neven Mimica, would bring the total EU support to the country to €562million from 2014-2020.

It also said Buhari, who thanked the EU member states for their support especially for the North-east, described as “pathetic the situation in internally displaced camps,” calling for further assistance to improve youth education in the region to take them out of poverty.

The statement said Mimica disclosed that Nigeria’s request for enhanced assistance would be given a priority consideration because it came at the time EU was in the process of preparing its seven-year budget.

The statement also said Buhari made the request for assistance from Japan against piracy in the Gulf of Guinea during a bilateral meeting between the Nigerian delegation and Japanese officials led by Prime Minister Shinzo Abe, on the margins of seventh Tokyo International Conference on African Development (TICAD7).

According to Adesina, Buhari who commended Abe for inviting him to the triennial forum, also thanked the Japanese government for attending the pioneer celebration of June 12 as Democracy Day in Nigeria.

“Commending the Buhari administration for taking Nigeria to the Next Level, Mr. Abe pledged a $300,000 support for Nigeria’s Defence College as well as 12 million Yen for the country’s public health sector.

“He also pledged his country’s support for Nigeria’s Presidency of the 74th Session of the United Nations General Assembly, while seeking Nigeria’s support for Japan’s bid to occupy some global positions,” the statement added.

Senator Raises the Alarm over Ocean Surge in Ondo Community