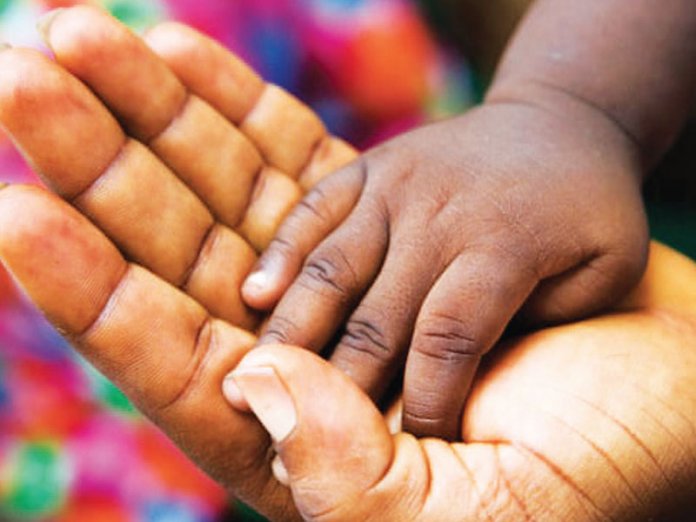 Despite the obvious health, educational, and social benefits associated with birth registration, over 17 million Nigerian children are not registered at birth in the country. Martins Ifijeh writes on how this unfortunate trend is negatively affecting the Nigerian child, and why it should be addressed

It is a harsh life for Nigerian children. Besides the reality of having 43.6 per cent of them stunted and 2.5 million under-five malnourished in the country, according to the Multiple Indicator Cluster Survey (MICS), at least, 52.4 per cent of them are lost in identity. No thanks to lack of birth registration.

Not only that these children do not exist in the eyes of the law, they are starting life against the run of play. When planning is made for the population, they are not considered. In legal terms, they are invincible, and hence the possibility of being deprived of the basic necessities of life is high. This is not the life they choose, but it is their reality.

One of such children is Farouk Lawal, an otherwise six-year-old Lagos-born who is too thin for his age. His mother had sought to enroll him in one of the primary schools in Agege Local Government Area, but he was rejected. The headteacher said he must be around four-years-old hence could not be admitted into the school.

Farouk’s mother’s explanation about his real age fell on deaf ears. She could not provide his birth certificate; nothing to show the ‘little man’ has grown enough to withstand the rigours of primary one study.

To be honest, the school is only becoming careful. They had learnt their lessons. Some parents have become notorious for bringing their under-aged children to the school, and this, sometime back, almost earned the school a sanction from the government for enrolling under aged children.

Farouk was returned back home with disappointment in the eyes of his mother. He lost the supposed year he was to start school. With the lack of birth certificate, ‘little man’ got punished for what he knew nothing about. His parents, or perhaps the government didn’t offer him an identity to run with in life.

Joyce Edah, a Lagos girl, in 2016, killed the man who trafficked her to Malaysia for domestic servitude. It was the only way she could be free from the lies, sexual oppression and the repeated abuse she was subjected to.

But the government of the country would hear none of that. She was being prosecuted for the death penalty. Her legal defense claimed she had been a minor at the time of her abuser’s death, which would have kept her from the gallows.

But her passport had been deliberately falsified by the traffickers to make her appear older. Afterall, Joyce looked 18 when she left Nigeria for the unfortunate adventure, but she was 15. The defense sought out her birth certificate which is considered the highest proof of legal identity.

But like the usual case, many Nigerians have no birth certificate. Life almost served her lemons. However, she got lucky. Her defense team uncovered a christening letter that proved she was just a child, which was instrumental to convincing the judges to acquit her. They finally made lemonades from the letter, and she was free.

Joyce was only a certificate away from losing her own life. It is one of the prices people in Nigeria, especially children pay for not having identity of their own.

Farouk and Joy are just two among the 17 million Nigerian children who do not have birth registration, representing the second highest globally, just after India which has 71 million unregistered children, according to figures from the global birth registration portal; rapidsms.org.

Despite priding itself as the giant of Africa and the biggest economy on the continent, Nigeria sadly has the highest number of children lost in identity across the continent.

In Lagos alone, for instance, over 48. 6 per cent of under five children, representing about 1.4 million do not have their births registered, if figures from the 2016 MICS are to go by.

Effects of Lack of Birth Registration

Speaking during a two-day media dialogue on ‘The Need to Scale up Birth Registration in Lagos State’, and organised by the National Orientation Agency in collaboration with the United Nations Children’s Fund (UNICEF), held in Oyo State recently, the Head of Department, Vital Registration Department, National Population Commission, (NPopC) Lagos State, Mr. Nwannukwa Elias said the disadvantages of not having birth registrations were enormous, and this may in no small measure affect the entire life of the affected persons.

According to him, without birth registration, there is no official records of full names, parents, place of birth, date of birth, and their nationality, and that this in legal terms means they do not exist in the eyes of the law.

He said: “This affects their access to basic services, and the rights of their violations may go unnoticed. Their ‘invisibility’ increases their vulnerability to abuse and exploitation.”

Elias said the benefits of birth registration goes beyond having a mere certificate, as children legally documented by the NPopC were regarded as bona fide citizens of the country.

“This also helps in the incidences of child abuse, child trafficking, early marriages, child labour, unlawful detention,” adding that it was critical for the children’s entire survival.

According to her, it gives room for government to plan blindly, as they are often not aware of how many children are born at a particular time in a particular location and how to plan for them.

She said: “This leads to the incapacity to generate relevant public health data and national estimates and population planning. It leads to none existing or poorly functioning civil registration directly affects the exercise of basic human rights. Evidence-based decision making is largely dependent on the existence of accurate, regular and reliable statistics.”

Experts believe for more Nigerian children to be registered at birth, there should be legislation that encourages the government to put in more funding into the process across the country, adding that the presidency, under which the NPopC is controlled should consider birth registration as one of the first tools for human capital development, healthcare, education and social living.

Experts also call for more collaboration as the push for more birth registration cannot be addressed solely by registering bodies. They believe there should be engagement with CDAs to ensure compliance and level of awareness, as this can potentially encourage and boost rate of birth registration in the country.

Elias said on NPopC’ s part, they were doing all they can to improve the attitude of registrars, including curbing corruption, as this will help in encouraging more Nigerians to register their wards with the commission.

While many countries have moved past issues around birth registration and are rising towards achieving the globally set Sustainable Development Goals, time will tell how much Nigeria is willing to make the lives of the Nigerian child less-harsher, and by extension moving towards meeting SDG.