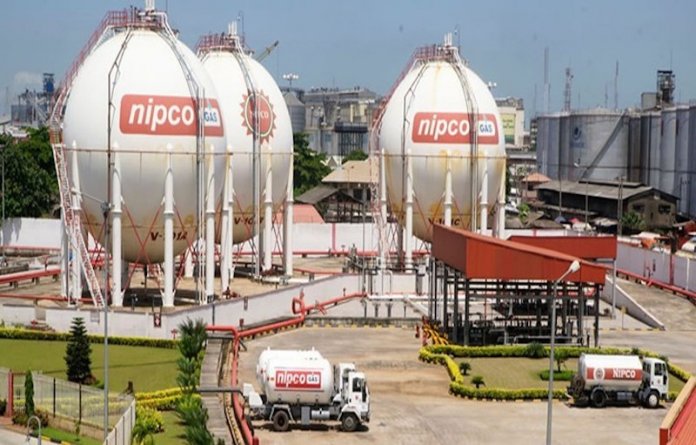 Peter Uzoho
NIPCO Plc, a distributor of Liquefied Petroleum Gas (LPG) commonly known as cooking gas, has restated its commitment to massive distribution of cooking gas to Nigerians through its 10,000metric tons LPG plant.
It added that it would continue the distribution of the product to gas market plants across the nation as well as servicing over 25 LPG off-takers approved by the Nigeria Liquefied Natural Gas (NLNG) Limited.

The Managing Director of the company, Sanjay Teotia, was quoted in a statement to have said this recently during the conferment of special award on the firm by the Nigeria Association of Liquefied Petroleum Gas Marketers (NALPGAM) in Uyo, Akwa Ibom State.

NIPCO was considered worthy of the award for playing exemplary roles in deepening LPG utilisation /consumption in Nigeria in the areas of LPG availability, distribution, accessibility and affordability.

Teotia, who was represented at the occasion by the company’s Assistant General Manager, Corporate Affairs, Mr. Lawal Taofeek, maintained that NIPCO’s storage and distribution system had always been within the context of the Annual Contract Quantity (ACQ) approved by the Nigeria LNG, which he said had been meticulously followed to the delight of all stakeholders.

The NIPCO boss lauded the NLNG for maintaining global standard in its dealings with all stakeholders, noting that the gas giant had been fair and just to all buyers in the distribution of the product under the ACQ.
This, he said had partly contributed to the growth in the usage and utilisation of the clean and smoke-free cooking gas.

He said: “The company’s efforts in the sector is aimed at improving the gas value chain by providing avenue for storage and dispense to bottling plants owners and other ancillary operators in the LPG market.
“In the course of NIPCO’s intervention, the transport infrastructure and delivery system were improved upon with scores of LPG delivery trucks to bottling plants and over 60 skids inaugurated by the company across the country.

“Our plant with a combined capacity of over 10,000mt has not only served as veritable channel for storage of the product alone but also distribution to gas markets plants across the nation and servicing of over 25 LPG off takers approved by the Nigeria LNG Limited.

“NIPCO’s storage and distribution system has always been within the context of the Annual Contract Quantity (ACQ) approved by the Nigeria LNG which had been meticulously followed to the delight of all stakeholders.”
He added: “It is pertinent to mention that NLNG had been fair and just to all in the distribution of the product under the ACQ to all buyers which had partly contributed to the growth in the usage and utilisation of the clean and smoke free cooking fuel.

“NLNG has remained a reasonable and consistent company in honouring agreement with all buyers in line with its ACQ, a feat that we are delighted upon as one of the key operators in the LPG sub-sector of the hydrocarbon industry.

“The intervention of NLNG in the domestic LPG market since 2007 has been commendable with regularity of supplies with majority of the organisation off-takers taking their volumes through the PPMC jetties with its attendant cheaper logistic cost of receipt”.

Also, while reacting to the award, Teotia said: “It is a thing of joy to be part of one of the giant strides of the Nigerian Association of LPG Marketers (NALPGAM) at deepening the usage of LPG as preferred cooking fuel amongst the populace and the conferment of special recognition award on NIPCO Plc.

“The sensitisation programme is very apt as veritable avenue of increasing awareness of the LPG usage as cooking energy of choice in the country, taking due consideration of the abundance of the energy resource in Nigeria.
“NIPCO had been consistent in supporting awareness programmes in the sector to raise stakeholders’ awareness and improved safety consciousness across the country through plethora of events including printing of LPG safety pamphlets and donation of gas accessories.” 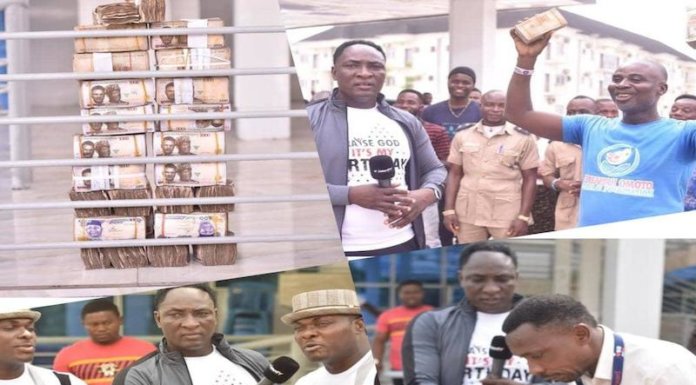