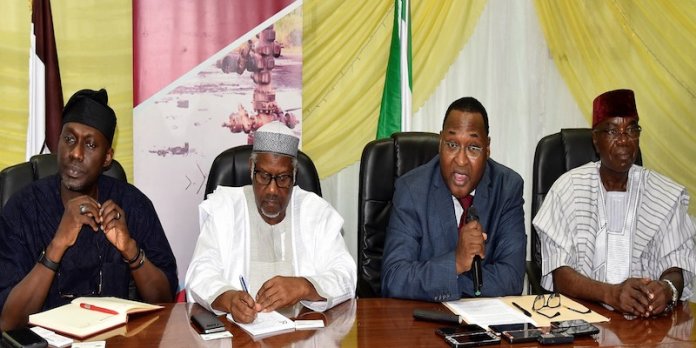 Chineme Okafor in Abuja and Chris Uba in Lagos

“For the average manufacturer, the development would be bad news, not so much in the sense of the increase, but because we are not certain that the increase will result in improved supply,” Mr. Segun Ajayi-Kadiri, Director General, Manufacturers Association of Nigeria (MAN) told THISDAY yesterday.

They, however, expressed hope that if the tariff increment would translate into more and steady power supply, it would be welcome.
But the Nigerian Electricity Regulatory Commission (NERC) yesterday said it was not expecting any resistance to the new electricity tariffs it approved on Wednesday for the distribution companies (Discos).
The Discos have, however, said they were still studying the new tariff regime.

The Transmission Company of Nigeria (TCN) has also called on NERC to liquidate an unnamed Disco for market infractions as part of measures to restore operational sanity in the power market.

But speaking yesterday with THISDAY, MAN’s Ajayi-Kadiri, described the recent increase in electricity tariff as unfortunate, given the circumstances private businesses are facing and the fact that there was no indication that, going by the enormity of the challenges confronting the privatised power sector, there would be commensurate improvements in quality and hours of supply.
He said the increment was not unexpected, saying there had been agitation by the Discos for cost reflective tariff.

“They have maintained that the poor supply is majorly due to paucity of resources, which is a direct consequence of charging rates that do not cover their cost,” he said, rejecting the proposition: “Whereas it is also the opinion of some that it is principally a lack of capacity to manage the business and resulting from wrong business judgement/calculation or module from inception.”
He said except the increment led to more and steady power, the consumer, particularly those high demand users, who are not metered might pay for services not rendered.

Ajayi-Kadiri stated: “Generally speaking, except the increase in tariff is matched by improved supply, the multiplier effect will be higher cost of production and the resultant increase in prices of products; reduction in capacity utilisation, uncompetitiveness and consequent plummeting profitability.”

The Director General of the Lagos Chamber of Commerce and Industry (LCCI), Mr. Muda Yusuf, expressed doubt that the new increase in tariffs would translate to increase in power supply for the end users.
According to him, practically, all assumptions that informed the investment in the sector appear to have broken down.

He explained: “These are assumptions with respect to tariffs, exchange rate, interest rate etc. It has thus become impossible to operate the key elements of the power value chain as viable commercial entities.
“This is the background to the apparent failure of the power sector privatisation. The current model of static tariffs in the face of escalating cost simply cannot work.”

He argued that If the sector had to remain with the private sector, tariff review was clearly inevitable, adding, however, that would not diminish the fact that the private investors perhaps did not do proper due diligence before taking over the sector.
“There were financial and technical capacity issues,” he said.

He said for the end users, if steady supply of power could be guaranteed, paying more for power was a sacrifice worth making.
“It would still be cheaper than depending on diesel or petrol generators,” he said, explaining: “Besides, it would be better for the environment.”

He added that it would be difficult to attract investors into the sector if the tariff issues were not fixed.
“Of course it would not be popular, but it is inevitable. The alternative is for the government to take it over and run it as a social service. But the question is where will the money come from,” he said.

We Do Not Envisage Resistance, Says NERC

Meanwhile, NERC said yesterday that it was not expecting any resistance to the new electricity tariffs because it reportedly consulted widely among stakeholders, including consumers and manufacturers in the electricity market before approving the tariffs.
It also called on electricity consumers to expect improved services from Discos, adding that it was part of conditions for the review and tariff approval.

Its Chairman, Prof. James Momoh, said this when the new Minister of Power, Mr. Saleh Mamman, and the Minister of State for Power, Mr. Goddy Jedy-Agba, formally met with officials of the ministry and its parastatals for the first time.

Speaking shortly after his presentation to the ministers, Momoh told journalists that the tariff review of the NERC for the Discos was transparently and judiciously done.
He said the regulatory commission would be willing to explain its processes in this regard to any consumer group or people unhappy with it.

“We have collected enough data, went around the country to listen to consumers, manufacturers and whoever wants to talk about the pricing issue. It was based on the input that we came up with what you and I can live with,” he said, insisting: “It is a win-win for everybody. It has to be a win-win because this is a business of economics.”

He said the commission was open to discussion, adding that it was not about trying to do things by fiat but by careful thinking, consultation with even the Discos.

“We have discussed fully and it is the right time to do it because we have the numbers and there are meters out there that will reduce estimated billing, and help people regulate what they consume,” Momoh said.

He urged consumers to be vocal about poor services by Discos, adding, that the commission had forum offices across the country where dissatisfied people could complain.

“There will be penalty for not providing quality service – your meters won’t read, and you won’t be paying, don’t forget that. And if you have no meter, there will be a capping on consumption which will come into effect in few days,” he said.
At the meeting, the Managing Director of the Transmission Company of Nigeria (TCN), Mr. Usman Mohammed, told the ministers that the TCN had recommended to NERC to liquidate a Disco for market infractions, as part of measures to restore operational sanity in the power market.

Mohammed refused to disclose the identity of the Disco but sources in the NERC said the affected Disco might be Kano Disco, which was recently penalised by the Market Operations (MO) department of the TCN.
However, the Discos through their umbrella trade body – the Association of Nigerian Electricity Distributors (ANED), yesterday told THISDAY that they needed to thoroughly study the tariff regime, which was not uniformed but distinct to each of them.

“I have no comment for now. We just got a new minister and we shall engage with all stakeholders and work together. We need to do a thorough analysis before making any public statements,” said ANED’s Director for Research and Advocacy, Mr. Sunday Oduntan.