Federal Inland Revenue Service (FIRS) Executive Chairman, Mr. Babatunde Fowler, yesterday replied the presidential query, giving detailed explanations on the reasons for the variances between the budgeted revenue collections and the actual collections from 2015 to 2018.

The Chief of Staff to the President, Mr. Abba Kyari, in a query dated August 8, 2019, had given Fowler till yesterday to explain why revenue collection fell below expectations during the period under consideration.
The FIRS boss was directed to submit a comprehensive variance analysis, explaining the reasons for the variances in revenue collections during the period under review.

However, apparently embarrassed by the media report on the query, the federal government yesterday allayed fears that Fowler was under investigation just as it warned of a looming fiscal crisis if the incidence of revenue collection shortfall persists.
In his response to the query via a letter with reference number FIRS/EC/CWP/0249/19/030, and dated August 19, 2019, the FIRS boss attributed the variances between the budgeted revenue collections and the actual collections during the period under review to many factors, including the onset of economic recession in the early years of the Muhammadu Buhari administration.

Meanwhile, the presidency yesterday raised the alarm over what it described as looming fiscal crisis if deliberate steps are not taken to end what it described as “negative trends in target setting and target realisation in tax revenue.”
This warning was contained in a statement by Senior Special Assistant to the President on Media and Publicity, Mallam Garba Shehu, in response to a presentation by Vice-President Yemi Osinbajo, at the ongoing presidential retreat for ministers-designate in Abuja.

Shehu, who clarified the statement that Fowler was not under any investigation as being circulated in some quarters, said such rumour was only the fallout of a letter written to Fowler by Kyari, demanding explanation from him on why there were shortfalls in revenue collection.
He added that presidential warning against possible fiscal crisis yesterday was driven by Osinbajo’s disclosure that “projected revenue of government falls behind recurrent expenditure even without having factored in capital expenditure.”

He stated: “Following reports making the rounds in some media outlets, it is necessary to state categorically that the Chairman of the Federal Inland Revenue Service (FIRS), Mr. Babatunde Fowler, is not under any investigation.
“The letter from the Chief of Staff to the President, Abba Kyari, on which the purported rumour of an investigation is based, merely raises concerns over the negative run of the tax revenue collection in recent times.
“Taking a cue from today’s (Monday) presentation of Vice President Yemi Osinbajo , which dwelt on an ‘Overview of the Policies , Programmes and Project Audit Committee,’ a body he chaired, projected revenue of government falls behind recurrent expenditure even without having factored in capital expenditure.

“Consequently, it would appear that the country might be heading for a fiscal crisis if urgent steps are not taken to halt the negative trends in target setting and target realisation in tax revenue.
“Anyone conversant with Federal Executive Council deliberations would have observed that issues bordering on revenue form the number one concern of what Nigeria faces today, and therefore, often take a prime place in discussions of the body.
“It is noteworthy and highly commendable that under this administration, the number of taxable adults has increased from 10 million to 20 million with concerted efforts still ongoing to bring a lot more into the tax net.” 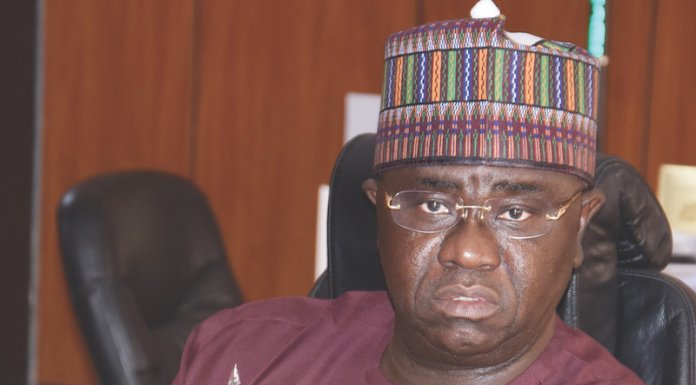 Sterling Bank Grows Profit After Tax by 15% to N10.6bn