Anambra State Governor, Chief Willie Obiano would conclude his second term in 2022. He is expected to hand over to a successor on March 29 of that year. To elect his successor, the state would hold election in November 2021 and this is about two years and four months from now. It may be deemed a long time, but the political atmosphere in the state is already gathering momentum, and politicians have begun positioning themselves for selection.

Among many other things that would determine the next governor of the state is the unwritten zoning pact in the state. When Obiano leaves office in 2021, the Northern Senatorial Zone would have had eight years of rule in the state. Before now, the zone stood as the only in the state that hadn’t tasted power since the creation of the state in 1991.

This perhaps were some of the issues that propelled former Governor Peter Obi to insist that the zone must produce his successor. His stand was reinforced by his former political party, the All Progressives Grand Alliance, APGA, and the search for a governor from that zone began.

As 2021 draws near, the APGA, working with the already set rules had once announced that once Obiano concludes his tenure, Anambra South Zone would produce his successor. This is because Mr Peter Obi who handed over to Obiano after an eight-year rule came from the Anambra Central zone. The position of APGA on zoning the position to the South also tallies with politicians from other political parties who believe that doing so would be equitable.

For others, especially those who harbour interest in contesting the election, but do not hail from the Southern zone, the unwritten pact would not bind them. A good number of Anambra politicians also fall in this category, but have not only rejected the zoning of the position to the South, but have also adduced reasons why it should go to their preferred zones.

By March 2022, the Anambra North zone would have been in power for eight years, through Chief Willie Obiano. Before now, Mr Peter Obi from the Central zone had eight years, while Dr Chris Ngige from the same zone had three years, making a total of 11 years for the Central. The Southern zone has also had its fair share through Chief Chukwuemeka Ezeife (one year and nine months), Dr Chinwoke Mbadinuju (four years) and Dame Virgy Etiaba (three months), making a total of six years.

As the argument on zoning continues in the state, some groups that are favourably disposed to Anambra Central producing the next governor have also argued that it is true that Peter Obi just concluded the tenure of the Central, but since all zones of the state have had a go at the top position, there was need to throw it open for any zone that presented the best candidate to take.

To buttress this point, former governor Peter Obi who is now a PDP chieftain has also in a press statement by his media aide, Mr Valentine Obienyem debunked another release by the APGA, in which they attributed the current zoning formula to Obi, saying that his decision to take governorship to the north automatically meant that power will move to the south after Obiano.

In the press release, Obienyem argued that Obi only had sympathy for the northern zone of the state because it had never tasted the governorship position, and that does not mean that he favoured the governorship going to the south after the north, as the south has also had shares in the position previously. This was however interpreted by some people that former governor Peter Obi may harbour sentiments for someone in a zone outside Anambra South, and which may not be Anambra north as their son, Obiano would be leaving then. That leaves Anambra Central as the zone if the insinuation is true.

On the other hand, THISDAY has reliably gathered that some political groups in the Northern zone of the state have also met and planed to put forth the argument that since all three zones have had a go at the governorship position, there was need to throw it open, such that even the northern zone would also field candidates, despite the fact that its son would just be leaving power then.

The back and forth in the argument may have been responsible for a recent firm stand by a political group in Anambra, Great Anambra Forum (GAFORUM), insisting that the state must adhere strictly to its zoning formula in electing the next governor of the state. The group which consists of technocrats, politicians, professionals from all fields, town unions, religious bodies and leaders of various associations said the first criteria that must be met by the next governor of the state is that the person must come from Anambra South senatorial zone.

Speaking in a press briefing held in Awka, the coordinator of the forum, Mr Fabian Ozoigbo said there was need to begin early to canvass the view point, to ensure that all groups and parties in the state begin early to choose who would be their candidate. The group said it has agreed that the governorship of the state should shift to the Southern senatorial zone of the state, after Governor Willie Obiano who hails from the northern zone completes his two year term.

Ozoigbo said, “As we approach 2021 gubernatorial election in Anambra State politicians across the state have started jostling for political relevance, but of paramount importance is the issue of where the governor will come from, after the incumbent has exhausted his tenure. The forum recognizes the fact that each of the 21 local government areas can produce a sound individual who is qualified to contest and become the next governor, no matter the criteria, but that is unhealthy and can be counter productive.”

The group insisted that there exist in Anambra State an unwritten pact that spells out its zoning formula, and that it has also undertaken a survey in which over 70 per cent of respondents favoured the southern senatorial zone for the position of the governor. It said out of a total 1,630 questionnaires distributed, 71 per cent of respondents preferred Anambra South to produce the next governor because of the existence of the zoning formula.

The group, which made a long list of stakeholders in the state’s politics, urged them to respect the zoning pact, while also calling on the southern senatorial zone to begin early to shop for credible candidates across political parties who would succeed the incumbent governor.

“Based on this, GAFORUM strongly urges Ndi (People of) Anambra South to search for credible candidates with character, proven integrity, performance, competence and education for the job. We don’t need a Diaspora governor this time, anyone who will be governor, must have lived among us for at least 10 years and also known the people of the state very well. We don’t want people who will return from abroad to take governance, that is part of the criteria,” Ozoigbo said.

The debate may just continue, but THISDAY has it on good grounds that all politicians in the state who have interest in the governorship election are not relenting in their pursuit, no matter the senatorial zone they hail, especially as most have described the zoning arrangement as an unwritten pact which doesn’t really bind on anyone.

editor - July 6, 2020 4:05 am
7
BY OKEY IKECHUKWU (EDIFYING ELUCIDATIONS) It is the home state of the President and Commander-in-Chief of our armed forces. But it appears to be neither... 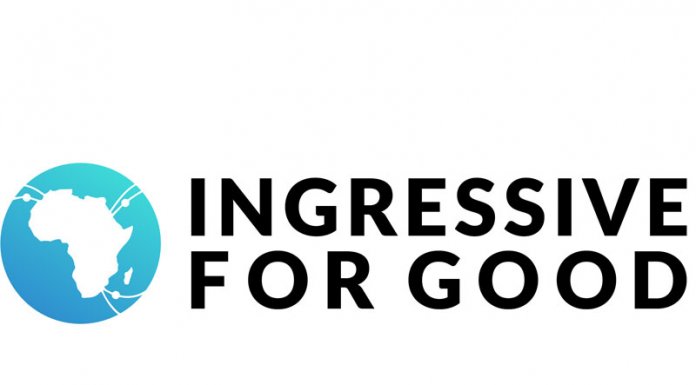