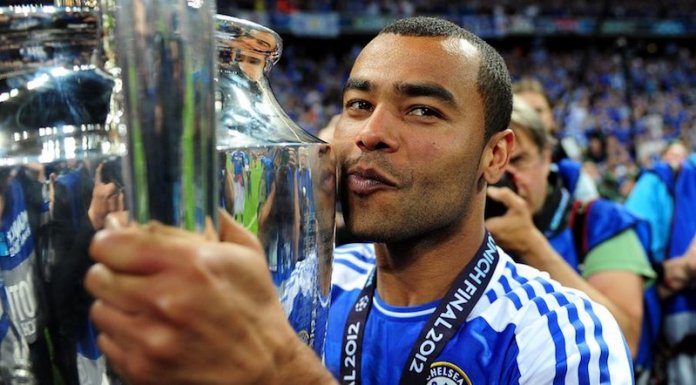 Former England, Arsenal and Chelsea left-back Ashley Cole announced his retirement at 38 on Sunday and plans to forge a career on coaching.

Cole won 13 major trophies, including three Premier League titles, and, with 107 caps, is one of just nine men to have made more than 100 appearances for England.

After leaving Chelsea in 2014, he had short spells with Roma, LA Galaxy and most recently Derby County, under the management of former teammate Frank Lampard last season.

However, his contract with the Rams ran out at the end of last season.

“After hard thinking it was time to hang up my boots and look forward to my next chapter,” Cole told Sky Sports.

Cole was part of the Arsenal “Invincibles” side that won the Premier League without losing a game in 2003/04.

He left the Gunners for a move to West London in an acrimonious circumstances after Arsenal failed to match his wage demands in 2006.

Cole went onto win another Premier League title, the Champions League and the Europa League in an eight-year spell at Chelsea.