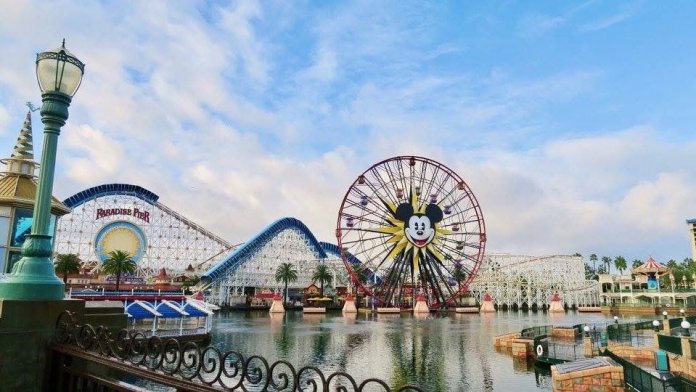 Virgin Atlantic has confirmed that its Heathrow-Los Angeles service will be the second route to feature its A350 aircraft.
The carrier took delivery of the first of 12 A350-1000s last week, ahead of the planned launch of transatlantic services to New York JFK from September 10.

Virgin will initially focus on adding further A350s to its key Heathrow-JFK route, but the airline has also now confirmed that the second destination to see the aircraft will be LA “from next year”.
The announcement was made as part of a wider press release detailing an increase in UK-US services in partnership with Delta next summer.
As previously reported, the carrier’s A350 features a brand new Upper Class Suite. Virgin has moved away from its current herringbone Upper Class layout (where seats face into the cabin), to a new 1-2-1 configuration with seats facing outwards towards the windows.

Features include a 44-inch seat pitch, with the seat converting into a fully flat bed measuring up to 82 inches, and the carrier stresses that “All suites will transition seamlessly from an upright seat, straight to a bed”, meaning no more having to get out of the seat to flip it over into bed mode.

Upper Class customers will have access to the new A350 social space The Loft, which features a 32-inch TV screen, with the ability to connect individual headsets via Bluetooth. Last week the airline released a CGI video showcasing the A350 interiors.
Virgin is scheduled to take delivery of four A350s this year, and has a further eight on order for delivery by 2021.

This follows the announcement that Virgin and Delta will increase services between the UK and the US for 2020.
Earlier this year the two carriers revealed plans to operate flights from Gatwick to Boston and New York JFK, and it has now been confirmed that Virgin will launch a daily service between Gatwick and JFK on May 21, 2020, followed by a new Delta-operated Gatwick-Boston route starting on May 22.
It marks a return to Gatwick for Delta, and the first time that the two carriers will have both served the airport since their partnership began in 2014.

In addition, Virgin and Delta will increase capacity between Heathrow and JFK by 15 per cent from March 29, 2020, with Delta offering three daily services (including a new daytime flight from JFK), and Virgin offering five daily flights.
From this winter all of Delta’s flights from Heathrow to JFK and Boston will feature the airline’s retrofitted B767-400 aircraft, with a four-class Delta One, Delta Premium Select, Delta Comfort + and Main Cabin configuration. For more details on this see our report from June.

Virgin will also increase the frequency of its Heathrow-Seattle service from seven to 11 flights per week, while its LA route will rise from 14 to 17 flights per week.
Finally Delta has confirmed plans to return to Manchester, with a peak-summer seasonal service to Boston launching on May 21, 2020. The carrier will take over from Virgin’s current operations on the route, which will increase from three flights per week to daily. The two airlines will offer a total of up six daily flights between the US and Manchester next summer.
Virgin Atlantic said that the changes will see the carriers’ transatlantic capacity increase by nearly 10,000 seats per week.

A day in the life of a Jumia Delivery Agent

Court Fixes March 2 for Ruling on Two Applications against Shell, Four Others