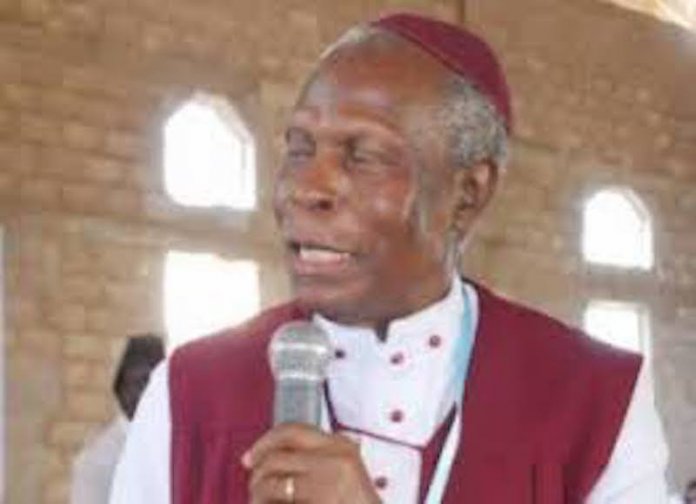 Kemi Olaitan in Ibadan
The Supreme Head of Cherubim and Seraphim Unification Church of Nigeria, Prophet Adegboyega Alao yesterday decried the level of insecurity in the country, describing the situation as disturbing and worrisome.

He, however, called on President Muhammadu Buhari, to take decisive steps to end the unwarranted killings and kidnapping of innocent Nigerians to avert violent reactions that might threaten peace and unity of the country.

He made the call at the 47th Good Women Annual General Conference of the Sacred C & S of Nigeria and Oversees held at the church headquarters, Ibadan, the Oyo State capital yesterday.

At the conference, the cleric called on the federal government to implement the 2014 Confab reports and the recommendations of the All Progressives Congress (APC) Committee on restructuring, chaired by Kaduna State Governor, Mallam Nasir El-Rufai.
He expressed supports for true fiscal federalism and establishment of state police as solutions to the socio-economic problems facing the country.

He said: “We must let the President know that the security situation in this country is getting worrisome and something urgent must be done. We cannot continue like this. Mr. President must pay more attention to the worsening security in the country.
“In my considered view, cattle rearing or cattle ranching should be the least of its priority. Cost of business because of erratic power supply has become a major headache for the country and is leading to massive retrenchment.

“I am not an apostle of doom but most revolutions have their roots in disenchanted citizens. I wish to plead with the President to have a look at the report of the 2014 national conference set up by the past administration.

“Nigeria will gain a lot by giving the report a good thought as what the majority of Nigerians are agitating for is true federalism, and if this would work as I believe it would, what do we lose? Those in opposition to true federalism are probably very few in the country”

On state police, the cleric said every coin “has two sides. When you have state police, you have the locals; they will know in and out of the community. Someone, who is not indigenous, cannot know it.

“They will be able to get criminal hideouts. The disadvantage is the possible abuse by the state governors. Remember during the Operation Wetie in the First Republic, politicians deployed the police massively to harass oppositions.

“There is a middle way approach. If the state police are going beyond their limit, they will arrest them. That is the only panacea. But the present situation where you have only federal might, we need to look at it and do some modification.

“Again, we need to have a judiciary that stands firm. We need a judiciary that is independent and God-fearing. When we have this, our problem will be solved. I support state police subject to certain parameters.

“State governors will take full control. Make it a criminal offence for anybody that abuses it. In the United States governors don’t enjoy immunity. I know just of recent, the Governor of Connecticut has just been released from prison because he overstepped his bounds.”

“Until we go back to the basis, there will be no peace in the country. When a child thinks he is wiser than his parents, there will be problem. We are not asking for the shifting of boundaries.

“We are asking for constitutional federalism where states will grow at its pace and contribute its quota to the centre. Once that is done, the centre will be weak as opposed to when governors go cap-in-hand begging.”

The Chairperson, Good Women, Rev Folashade Alao urged women and the youth “to remain firm and steadfast. They should stay firm in the faith. They should be steadfast in the Lord”.

According to her, it is a forum for the country and oversees to gather together to make decisions on any issue.

She urged women to remain focused and perform the duties God has given them to perform for our men.