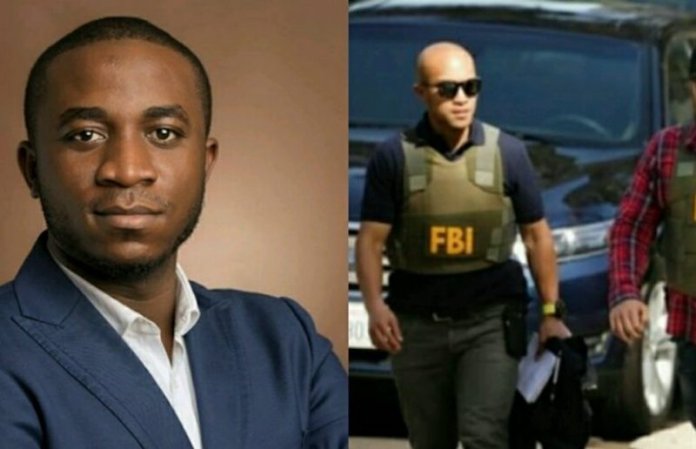 The United States Federal Bureau of Investigation (FBI) has arrested Nigerian entrepreneur, Obinwanne Okeke for alleged conspiracy to commit fraud running into the sum of 12 million US dollars.

This was disclosed in an affidavit deposed to by a special agent employed by the United States Department of Justice, Marshall Ward. The affidavit was attached to a criminal complaint proposing to charge Okeke.

The affidavit, parts of which was redacted, stated that the investigation was based on a complaint lodged by representatives of Unatrac Holdings Limited, the export sales office for Caterpillar heavy industrial equipment, headquartered in the United Kingdom, who alleged they were victims of the alleged fraud.

He was arrested last week on the last day of his trip to the United States for allegedly defrauding top American companies of the huge sums.
The affidavit said Okeke allegedly defrauded a steel company of $12m by hacking into Unatract’s Chief Financial Officer’s Microsoft office365 account and sending phishing email with a fake invoice to the purchase department.

His arrest came after Special Agent Marshall Ward of the FBI and his team opened an investigation in July 2018, following a petition by Unatrac Holding Limited.

The charge sheet read in part: “In June 2018, Unatrac Holding Limited, the export sales office for Caterpillar heavy industrial and farm equipment, headquartered in the United Kingdom, contacted the FBI.

“They reported that Unatrac had been victimised through an email compromise, which ultimately resulted in fraudulent wire transfers totalling nearly 11million US Dollars. After reviewing the documentation provided by the representatives, the FBI opened an investigation in July 2018.

“The FBI discovered that after capturing the legitimate credentials of Unatrac’s Chief Financial Officer, the accused was able to log in and access the CFO’s entire Office365 account, which included all of his emails and various digital files, the logs indicated that between April 6 and April 20, 2018, the intruder accessed the CFO’s account 464 times, mostly from Internet Protocol (IP) addresses from Nigeria.
“With full access to the account, the intruder sent fraudulent wire transfer requests from the CFO’s email account to members of Unatrac’s internal financial team. The intruder also attached fake invoices to the emails to enhance the credibility of the requests,” the investigator stated.

The investigation, believed to be painstaking and far-reaching, lasted more than a year during which Obinwanne emerged as the principal culprit and has since been arrested while on his regular visit to the United States.
The FBI special agent stated: “Believing the wire transfer requests had come from their CFO, Unatrac finance staff processed approximately 15 fraudulent payments between April 11 and April 19, 2018. In some cases, several payments were sent to the same account.

Okeke, born 9 November 1987, is a Nigerian entrepreneur and the founder of Invictus Group.
In 2016, he was named by Forbes as one of ’30 Entrepreneurs Under 30 to Watch’.
He recently married and had a baby last month.

He was listed among 100 Most Influential Young Africans 2018, which included Davido, Falz and Ahmed Musa,
Okeke was nominated for the All African Business Leaders Award for Young Business Leader (West Africa). The AABLA Award is the most prestigious award for African businessmen/entrepreneurs and Obi was nominated alongside three others.

Born in Ukpor village in Anambra State as the 17th child of a polygamous father, his mother and other relatives raised him even before his father’s death when he was only 16.

He has received several leadership honorary awards from local as well as international organisations and has been recognised by Forbes as one of the 30 entrepreneurs under 30 to watch. The leading publication also featured him on its cover for June 2016.
He accepted an offer from Forbes.com to be a contributor for the magazine and published his first essay therein in May 2017. 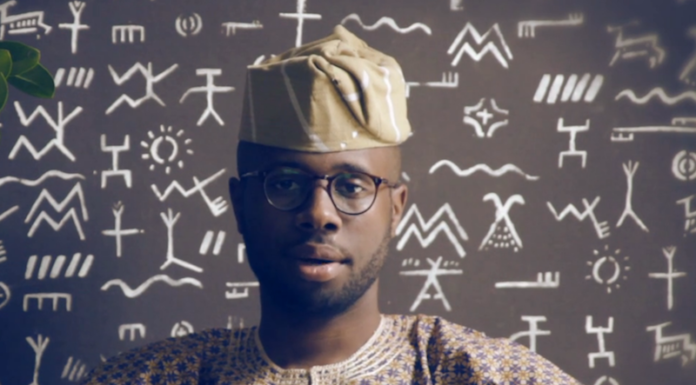