WE begin this edition with a gaffe from THE NATION ON SUNDAY GLAMOUR SOCIAL CIRCUIT of August 11: “Nicole Chikwe’s post natal (post-natal) outing”

THE NATION ON SUNDAY COMMENT Page of the above edition mounts the stage: “…fan the ember (embers) of discord among the people.”
THE GUARDIAN of August 15 takes over the baton today with two headline blunders: “NCC raises alarm (the alarm) on increasing threat to communication services”

“Africa continues to experience sluggish economic growth because more than half of the countries in the continent are among the poorest nations in the world.” Get it right: on the continent.

“But they point out that the organization had expended all its ammunitions…” ‘Ammunition’ is non-count.

“The Trans-Saharan Trade which broadened Kan’s fame and fortune dealt principally in slaves and traditional dye-clothings.” This way: ‘clothing’ does not admit any inflection.

“They had only been paying lip service (a hyphen, please) to the pursuit for agricultural self-sufficiency.” Get it right: in the pursuit of….

“As they continue to sing… government may be forced to chew its words not too far from now…” Correct expression: swallow one’s (its) words; not chew.

“In a country where friends share no faith in each other; where the only objective is ‘me and my brother’ must carry the loots. “ ‘Loot’ is non-count.

“Furthermore, to check all manners of inhumanity to one another….” Standard idiomatic expression: all manner of… The next grotesque blunder is from THISDAY of August 15: “His recent errands to Europe for the present administration and his utterances has prompted this essay.” Essay indeed! Verb plurality here is very clear (have; not has).

“At every fora, that was mouthed even by those in the saddle now.” (Source: as above) This way: At every forum—singular: forum; plural: fora or forums

“Please switch off all lightings/ appliances after the days’ work.” (Notice on Vanguard Media Limited doors) I think pressmen ought to mind their language: the day’s work. Also, ‘lighting’ is uncountable.

“To compliment their lean financial purse.…” An example of malapropism: inability to distinguish between ‘complement’ and ‘compliment.’ Some writers need to go back to school!

“What is your recommendation with regards to that?” Either ‘as regards’ or ‘with regard to’ No irregularity!

“Cuba, Nigeria to strenghten cultural ties” Get it right: strengthen

“Newspaper pages are repleted with such stories.…” Replete, gentlemen
“Unfortunately, it was…who blew the lead open.…” It’s ‘lid’; not ‘lead’!

“But on Monday, hundreds of restive staff of the ministry laid siege around the entrance to the….” (THISDAY, July 31) Lay (laid) siege to; not ‘around’.

“But it soon done on the ring leader of the putsch that it was only partially successful.” Bad grammar can hinder a coup! ‘Dawned’ (not ‘done’)

“He died Wednesday evening in Abuja at Agura Hotel junction within the city in a ghastly motor accident.” When death results from a vehicular mishap, it becomes a fatal—not a ghastly—one.

“What tradition has joined together….” (THISDAY, June 31) ‘Join’ can elegantly perform the function of that Biblical phrase!

“Consequent upon poor funding, the commission’s ability to acquire new vehicles have been greatly impaired.” The syntactic arrangement here calls for ‘has’—not ‘have’.

“The research institutes should therefore take into cognizance the relevance of local needs, simplicity, economic viability and market acceptance when designing their produces.” ‘Produce’ is an uncountable entry.

“Its centrality as the link and gateway to the outside world make it all the more pervasive.” Its centrality…makes….

It is perhaps too late to object to ‘upliftment’ now. There is upliftment meaning uplift in the dictionary ((see World Book Dictionary, Page 2299). Besides, there are uplifting (adjective), uplift (verb) and uplifter its corresponding noun. More power to your elbow.

In journalism, Gentlemen of the Press is the appropriate tag irrespective of gender. In the judiciary, Justice Mary Odili is His Lordship. In the Constitution, former Chief Justice Aloma Mouktar was the chairman (not chairwoman/person) of the National Judicial Council. This is not a matter of grammar.

“FRSC must device its means and ways of self-sustenance.” Noun: device; verb: devise.

“It must also have taken into consideration that the case, if not satisfactorily managed, could become precedence with latent domino effect.” Any lead writer worth his salt ought to appreciate the distinction between ‘precedence’ and ‘precedent’. Editorial writing is the hallmark of newspapering. 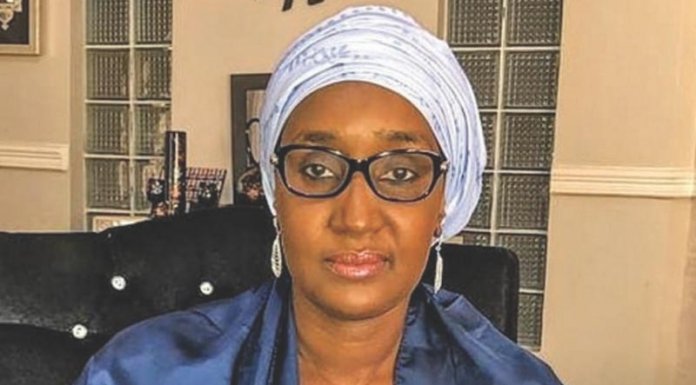