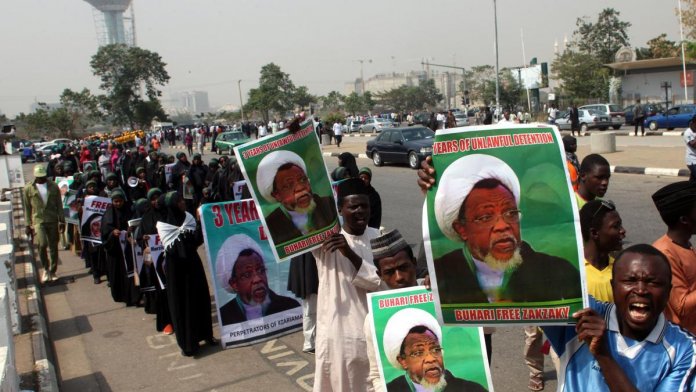 The Islamic Movement in Nigeria (IMN) has accused the federal government of thwartng the treatment of its leader, Sheikh Ibrahim El-Zakzaky, and his wife Zeenah in India.

In a statement on Friday, the group alleged that El Zakzaky was brought back from India for refusing to succumb to be treated by doctors chosen by the federal government.

The statement signed by the spokesman of the Islamic group, Ibrahim Musa, maintained that the ”interference of the government raised suspicion that it was planning to kill the Sheikh in India using its international connections.”

Musa, said following alleged refusal of the government to allow the IMN leader access to his doctors, he (El Zakzaky), insisted that rather than to be treated by the doctors brought by the government, he would rather return to Nigeria and seek another destination for his treatment.

The statement also condemned the manner in which El Zakzaky and his wife Zeenah were whisked away by security agents on Saturday on arrival in the country from India without allowing journalists that were waiting for him for hours to have a chat with him.

The Shiite leader, his wife and security agents left the country on August 14, to India for medical treatment.

However, the treatment was aborted upon their arrival in India following disagreements between him and the federal government.

The Shiite leader and his wife are standing trial before a Kaduna State High Court for alleged culpable homicide among other offences.

The court had ordered that the treatment should be supervised by the government and personnel of the Department of State Services (DSS).

Upon arrival in India, the IMN leader raised the alarm that he was being denied access to his doctors who had earlier examined him and recommended the medical treatment in India.

In an audio recording that went viral on Wednesday, El Zakzaky had complained of the tight security around him and the refusal of the Nigerian government and the management of the Medanta Hospital, New Delhi, India to allow his doctors to observe his treatment.

The federal government however dismissed his claims, saying that the Shiite leader refused to comply with the terms in the ruling of the Kaduna high court which granted him medical leave.

The IMN coountered claims by the government that it was El Zakzaky that breached the terms of the leave granted him by a Kaduna High court to seek medical treaatment in India.

It said: ”However before we do that, we vehemently condemn the way the security agents whisked him away upon arrival without allowing the multitude of journalists that were waiting for him for hours to have a chat with him.

”We urge the security agency holding him hostage to declare to the public where they are keeping him in the country.

”It is a well-known fact that the Nigerian authorities had tried all their antics to see that the Sheikh wasn’t given a medical leave.”

The statement said: “Distrustful of the Nigerian government’s offer of a jet to take him to the destination, having survived its attempts to poison and kill him while in detention, our leader Sheikh El Zakzaky declined the offer and chose to pay for his trip through the Emirates Airline.

“Their ordeal started right here in Nigeria when they were schedule to board the plane to Dubai.

“ After a 2 hours’ drive from Kaduna to Nnamdi Azikwe international Airport in Abuja, they were not given enough time to rest before boarding the plane.

”They endured an 8 hours flight to Dubai and another 3 hours flight to New Delhi. Under normal circumstances, as patients suffering life threatening ailments they shouldn’t have been subjected to such exhaustion. ”Nonetheless our leader and his wife endured the journey hoping that they will get good treatment when they reached New Delhi.

”However, even though they needed rest, on arrival they were wheeled to a hospital without their personal physician that accompanied them from Nigeria.

“They were then subjected to physical examination in the absence of the doctors that examined them in Nigeria and when they requested for their presence, it was turned down.

”Even a physician that came from London was also denied access to them.

“ It was at this point that Sheikh Zakzaky refused any attempt to have him forcefully treated.

”More so, the Hospital compromised its stance and medical ethics, as a result the Sheikh lost interest in the hospital and demanded to see his own doctors for a substitute arrangement.

“It is well within every patient’s right to decide whether or not to be treated and to also decide who attends to his health. It is called ‘giving of consent’, which every sane autonomous person with capacity is entitled to. ”Contrary to the Nigerian government’s press statement, that misinformed that it was against ‘medical ethics and standard practice,‘ it is in fact at the very essence of medical ethics, which every elementary medical person knows.

“The interference of the government raised suspicion that it was planning to kill the Sheikh in India using its international connections.

“He insisted that if he would not be allowed to see the doctors that brought him to India he would rather come back to Nigeria and seek another destination for his treatment.

”This became clear because of the government’s stance insisting on other doctors than the ones that he was in India to meet.

“They finally decided to bring him back for refusing to succumb to be treated by their chosen doctors.

”It is worth noting that the Kaduna high court allowed the Sheikh to go to India with the government only supervising, instead the federal government presented him to the Indian government as a dangerous suspect with an unknown ailment coming to India and demanded stringent security placed on him.

“It is glaringly clear that the Nigerian government had an ULTERIOR MOTIVE it was nursing using its connections in India when it violated court order and interfered with the procedures of the Sheikh’s treatment.

“This can also be deduced from the way the security agents whisked him away to unknown destination after arrival at Abuja International airport, without allowing him to have audience with the journalists that were waiting for his arrival.

”The Islamic Movement will however continue its struggle to ensure that our leader gets the appropriate medical treatment he deserves as ordered by the Kaduna High court.

“And as we continue with the struggle, we wish to reiterate our call for the federal government to comply with an earlier Abuja high court that has freed him since 2016.

“We believe obedience to this court order will finally solve the crisis that has been lingering since the Zaria genocide of December 2015.” 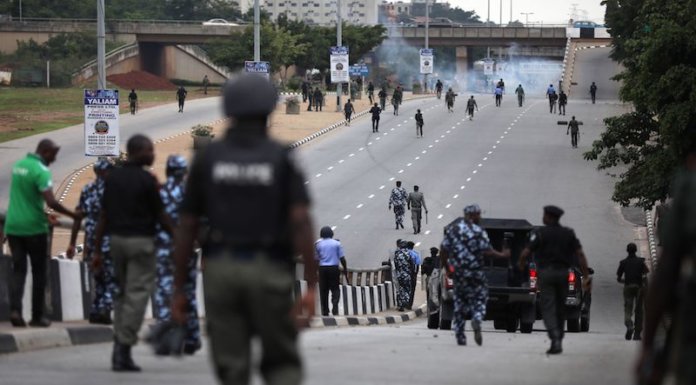