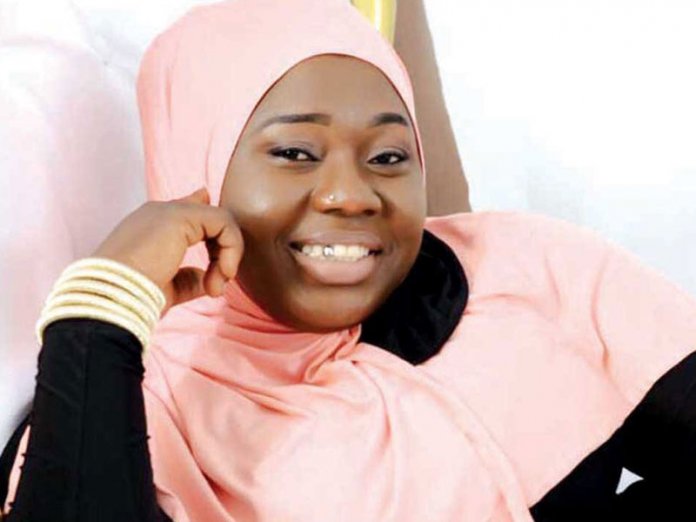 The queen of Islamic Gospel Music, Alhaja Rukayat Gawat, popularly known as ‘Sheikha’ has joined the league of water producers in Nigeria, with the promise that she was in the market to give consumers a quality offering and clean natural water.

Taking journalists on a tour of the factory at Ogudu area of Lagos, Gawat, who christened her brand; ‘SpringStar Water’ said she invested millions of naira into the business with the aim of setting a standard and giving the best of water to Lagos consumers.
“With the support of my husband, we have invested huge amount of money into the business after months of market survey and research. Today, we have been certified by the National Agency for Food and Drug Administration and Control (NAFDAC) as a water manufacturing company that meets international standard.

“We have gone extra mile to add ozone to our water treatment techniques because of its excellent disinfection and oxidation qualities. Ozone is widely used for drinking water treatment and it can be added at several points throughout the treatment system, such as during pre-oxidation, intermediate oxidation or final disinfection,” she said.

Speaking further, Gawat reeled out number of products coming from the stable to include; ice blocks, sachet water, bottled water and dispensers of various litters.

She also admitted that her popularity as a music star has given the brand an instant hit in the market.
“Less than a year after we started operation, we are now a leading supply of ice blocks, the popular sachet water, bottled water and dispensers of various sizes. Again, the fact that I’m a popular artist has been an advantage as I naturally assume the position of brand ambassador for my water.

“We have also leveraged on distinct brand identity and packaging that are attractive to consumers. Besides, standard has enabled us to carve a niche in the market place.

“Unlike some roadside manufacturers, we invested heavily in equipment and underwent series of inspection fromNAFDAC, the regulatory authority in charge of foods and drinks in the country.

“Before we started production, we allowed them into the factory many times on inspection of our equipment and the environment.”
Asked if she was not intimidated by competitionsand proliferation in the industry, she said her ability to go extra mile in bringing quality and clean water into the market has made the journey easy for the company.

The singer also disclosed that the product from her stable has so far penetrated markets in Ikoyi, Victoria Island and Lekki-Ajah axis.
“Little by little, SpringStar Water is becoming a household name in highbrow areas in Lagos. This is made possible, first because of its quality, then social media campaign and word of mouth. Through various channels, we have been able to take the message about the difference between our offering and other products in the market.”

She also explained that the company has a machine that produces its own bottle as well as handling such for some small-scale manufacturers, who have no machine for such purposes.

As a result of the cosmopolitan nature of Lagos, she added that there are people who come to her company for customised bottles for parties and religious purposes.