Decagon, an IT company is here with a mission to get Nigeria to the same level with the top five software technology countries in the world.

According to the company, the aim is to solve national and international problems by impacting on young people the essential technological knowledge that is similar to what can be gotten from the renowned Silicon Valley.

Founder of Decagon, Mr Chika Nwobi during an interactive session with newsmen recently, said he was inspired by the technological advancement and financial benefits that have been generated for the top technological countries in the world.

Citing United States of America, England, Poland, Israel and Ukraine as instances, “I began asking questions about what was really the issue with Nigeria in not being able to boast of technological graduates like the Silicon Valley and Tel-Aviv”, he said.

Speaking further, he said, “The ecosystem of US and Tel-Aviv have foundations in which their youths have experienced the basis which includes but not limited to their exposition to technology, right from the outset of their life; ability to build workable software among others, all of which have gotten them a surplus of software engineering talents.”

“Meanwhile, globally, the huge demand for software engineering talents has made India to have 3.9 million software developers writing software for companies outside India and is generating more than $100 billion a year as non-oil export revenue.”

To him, Nigeria has a similar large chance like what India has in technological spectrum, to be a source of supply of talents for markets like England and America, where most of these engineers are consumed.

He said, “The advantages are time zone which is similar to Europe’s because India has about two days overlap with England’s time zone. And other chance is that Nigerian youths speak English. Another chance is that, brilliant Nigerian youths have chances of working in other sectors like finance, oil and gas while the Indians have only technology space to embark after graduation.”

Listing what he called the ‘missions’ of Decagon, Chika, a graduate of Economics and Computer Science from East Tennessee State University said, “Over the decade, we want to get Nigeria to same level of performance in software engineering with the leading software engineering countries in the world.

“We want to solve local and international problems. We want to have about a million people writing software with ten times the numbers of the people currently working in banking, oil and gas sectors altogether”.

Founded about a year ago, the programme can boast of seven engineers, who are called ‘decadevs,’ having completed their training and another 22 on the verge of the completion of their programmes. And on August 5, 2019, another set of 43 students commenced a six months programme at Nigeria’s emerging Silicon Valley.

This programme, which is planned on the aim of having at least, 5000 students in its first years and, 30,000 in about 10 years is designed to have its trained students support at least a student each, after the completion of their programmes.

This approach will in a long way upsurge the number of students that would pass through the knowledge of Degagon and will proudly have at least a million people in its first 10 years, directly and indirectly, altogether.
The programme which has within its short span of establishment, received popular acceptance by partnering Sterling Bank to provide subsided student loans, is said to be the first of its kind in the country with a payback upon securing a job. The loan covers accommodation, feeding, laptop, and monthly stipends.

The loans, it was revealed, are provided to cover the whole of the students’ tenures because, 100 per cent of the students cannot afford the training fee. But, they will have to pay back their loans at the end of the program–within the time frame stipulated after employment, because it is sure, they will be employed immediately they finish the programme.

The training which allows self-financing can as well be paid for even if traveling abroad after the completion of the training, since the pumping of tech-literates is the objective. The self-financing does not however bring down the rigor of the screening exercise.
The founder said, standing out among companies that do similar things is not his objective but, the desire to make Nigeria a powerhouse in software technology supply in the world like India, Ukraine, Poland, US, England among others.

the opportunity to invite the German consular general to Imo state for further collaborative talks with the government.

Abili assured the German vice consular general that Imo remains a safe place and is open to foreign partnership and collaborations.
Abili informed the vice consular general that the Imo state liaison office in Lagos was working towards organising an investment seminar in Lagos aimed at showcasing the state as a veritable investment destination in Nigeria and promised to invite the consulate for the event.

In his response, the German vice consular general thanked Abili and his team for visiting the consulate. He expressed his pleasure that such visit had given the consulate and its commercial section the opportunity of exploring further talks around investment potential of Imo State government.

Ahrens further encouraged the liaison officer to continue to maintain a good relationship with the consulate and keep them informed with necessary activities of the state. 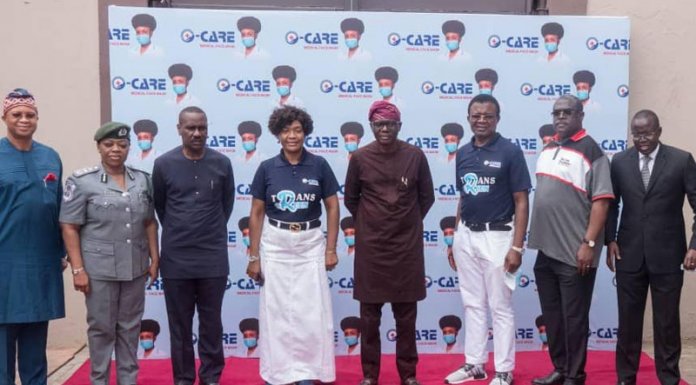