Justice Taiwo Taiwo of the Abuja Division of the Federal High Court on Friday, ordered the temporary seizure of funds in bank accounts linked to former Zamfara State Governor, AbdulAziz Yari, pending the conclusion of the Federal government’s investigation of corruption allegations against him.

The order made in line with the request of the Federal government to enable it conclude its investigation of corruption allegations against the former governor, affected six bank accounts said to be operated by Yari in two new generation banks.

The funds which are in both local and foreign currencies run into billions of naira.

The Independent Corrupt Practices and Other Related Offences Commission (ICPC), had through an exparte application dated August 5 but filed on August 6, by one of its lawyers, Osuebeni Akponimisingha.

The motion with number FHC/ABJ/CS/916/2019, prayed the court for an order of interim forfeiture of the sum of N12, 912, 848, which it said were proceeds of unlawful activity allegedly stashed in an account in one of the new generation banks in the name of Abdulazeez Abubakar Yari.

The motion also sought an order of interim forfeiture of the sum of $56, 056.75 in an account in another new generation bank in the name of Abdulazeez Abubakar Yari.

The motion also sought an order of interim forfeiture of the sum of N217,388.04 which it said were proceeds of some unlawful activity allegedly stashed in a bank account in the name of B.T. Oil and Gas Nigeria Limited.

Another order of interim forfeiture sought by the commission was for the sum of $311,872.15 being proceeds of some unlawful activity allegedly stashed in a bank account in the name of B.T. Oil and Gas Nigeria Limited.

Apart from the forfeiture order, the motion also prayed the court to grant an “order restraining any person or persons, whether human, juristic or artificial, not to part with, deal with, deal in or otherwise dispose of such property or any part thereof” of the said accounts, pending the determination of the matter.

Akponimisingha, in arguing the motion submitted that the respondents, “may likely dissipate the alleged suspicious movable properties should the court not intervene at this moment to preserve the res”.

He further submitted that the movable properties may likely be used by the respondents to fund activities that may make the country unstable and ungovernable by the present administration which may spill over to successive administration in future.

Akponimisingha said that the properties which the government was seeking to protect were illicitly taken from the coffers of the Zamfara State Government and by extension the Federal Government, a fund he stressed would have been used for the infrastructural needs of citizens of Zamfara and the nation at large.

The motion was supported by a five-paragraph affidavit deposed to by Iliya Markus, an officer of the ICPC, wherein it was averred:

“That the alleged funds in the accounts of the Respondents in the aforementioned banks are proceeds of some unlawful activities carried out by the Respondents against the government and good people of Zamfara State and by extension the Federal Government of Nigeria.

“That the alleged funds are far above the legitimate earnings of the Respondents. That there is nothing to show that the Respondents legitimately earned the various funds in their respective bank accounts.

“That I know of a fact, and it is now of public knowledge, that the activities of the Respondents, more particularly, the 1st Respondent has become a daily occurrence amongst State Governors in Nigeria.

“That the applicant has commenced a thorough investigation activities around the Respondents to x-ray other facts which are likely to be more shocking and ground breaking.

“That from investigation findings, the 1st Respondent failed to declare his directorship of Kayatawa Nigeria Limited with the Code of Conduct Bureau, CCB.

“That some of the properties allegedly declared with the CCB as owned by 1st Respondent are far above what his legitimate income can afford.

“That the Applicant herein, is taking further steps to investigate the alleged properties purportedly declared with the CCB by the 1st Respondent in order to ascertain the propriety or otherwise of same”.

Delivering ruling in the motion, Justice Taiwo, who granted the prayers sought by the ICPC, in addition ordered the commission to put the respondents on notice and the publication be made in a national newspaper within seven days, excluding today (Aug. 16).

He also ordered that the respondents should within 14 days file an affidavit on why the money should not be permanently forfeited to the federal government.

The judge in addition directed both Zenith and Polaris banks to fix the alleged proceeds of crime in the aforesaid accounts in an interest yielding account pending when the respondents show cause why the funds should not be forfeited to the Federal Government of Nigeria.

The matter has been adjourned till Sept. 11. 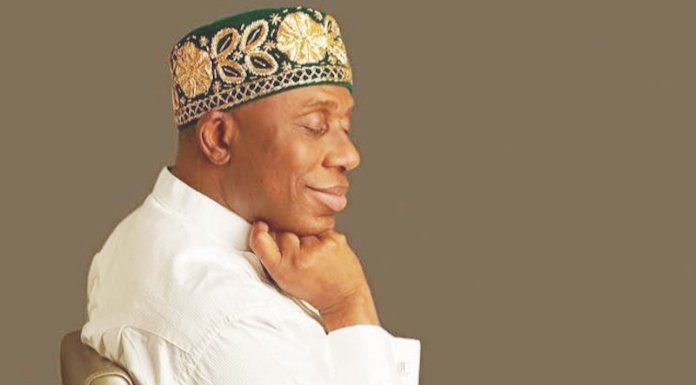