It has been an intense week for housemates as the eviction fever is back. From the pressure of ‘save and replace’ with the Veto Power to task presentation, the house was full of drama.

As the new nomination process took effect this week, The Icons (Cindy, Elozonam, Enkay, Omashola, Sir Dee, Frodd, Ike, Khafi, Tacha) lost the first battle to Cruisetopia (Mercy, Mike, Jackye, Diane, Esther, Venita, Joe, Gedoni, Seyi). However, Diane used her Veto Power to save Sir Dee, replacing him with Joe. Her decision received mixed reactions but no hard feelings at the end of the day except for Sir Dee who suffered an emotional breakdown. He was unhappy that he couldn’t deliver a win for his team and yet was saved from eviction.

For this week, Biggie tasked the housemates to organise a Tor Tiv coronation ceremony for Seyi, who won the Head of House title for the second time. An argument ensued between Khafi and Venita over who gets to play a significant role. An actress, Venita felt she had the experience to lead the team but Khafi who is currently facing troubles with her employers at the Metropolitan Police in London thought otherwise. According to her, she deserves a spot in the frontline since previous tasks had seen her playing minor parts. What followed next was a tussle of ego. Venita lashed out at Khafi, telling her that she was just a police officer. Seyi tried to wade in but ended up infuriating Khafi. On more than one occasion, Khafi has been accused for always trying to steal the spotlight. Whether this was her intention or not, she insisted that she deserved a chance too. Beyond the task presentation, there’s been some friction between the two housemates. Venita thought that Khafi blames her for the trouble in her relationship with Gedoni since the lovebirds have been lukewarm to each other. But Khafi cleared the air that she can never be a factor, that she is not that important to have such influence over their relationship.

The two would later bury their hatchet.
There is no love lost between Cindy and Enkay, the two housemates who joined the game recently. Cindy had offered to join Enkay to play Ludo game but the latter outrightly refused. Her rejection surprised Cindy who pressed on but Enkay simply told her that she wanted to play the game alone.

Recently, the housemates have been taking notice of how Enkay treats Cindy. To Elozonam, Enkay’s manner towards Cindy is condescending. A baffled Cindy confided in Tacha who asked her to confront Enkay because they all have equal rights in the house.
Despite their differences, the housemates were in a happy mood after the coronation task. Organised by Heritage Bank, the ceremony witnessed a performance from the acclaimed creative director and dramatist Yibo Koko and his cultural group. Housemates were dressed in traditional attires, playing iconic roles that reflect the traditional rulers in the country. They were also treated to a buffet that sampled the best delicacies. Indeed, it was a coronation feast galore for the housemates.

This week also witnessed Tacha, Ike and Joe issued strikes by Big Brother. Tacha and Joe were engaged in a provocation that landed them in trouble while for Ike, his threat to fight Seyi over an ice cream earned him his second strike. A third strike will automatically disqualify him from the game. His girlfriend Mercy also received a warning for smashing Gedoni’s Oppo phone after a Saturday night party.

With nine housemates up for possible eviction, the Sunday Live Eviction Show will determine who stays and who goes in the race for N60 million. 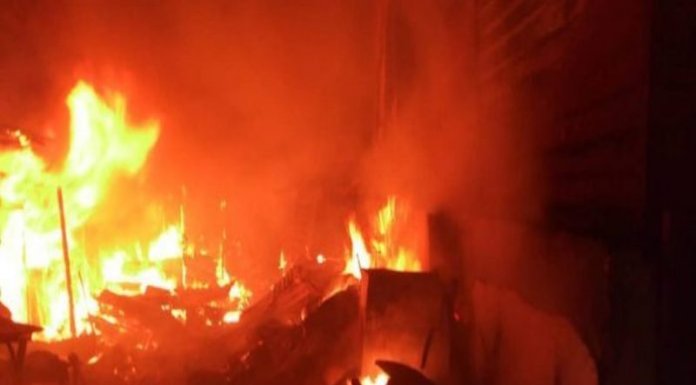