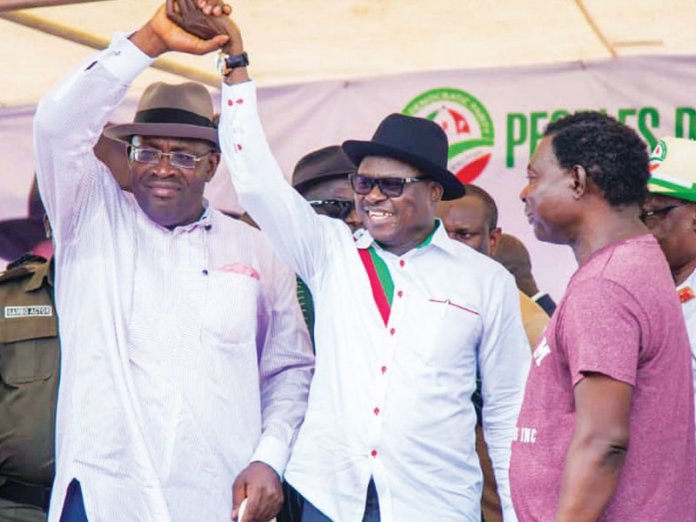 In 17 lonely days, the picture of the Bayelsa guber election will come clearer.

No doubt, it will ultimately be a straight fight between the Peoples Democratic Party (PDP) and the All Progressives Congress (APC) in the state. With the exit of Timipre Sylva from the APC, having been nominated for ministerial position, the election will basically be PDP versus PDP. That explains why the PDP primary of September 3 in the state, is key and crucial.
Already, the ring is full of PDP hats, many of which are ill-woven, and ill-worn.

Timi Alaibe, perhaps comes across like the only aspirant who has a rich background in capacity and experience in public governance, performance and administration. Almost all other aspirants may just pass like tiny minstrels shouting to be heard as also-rans. It is perhaps soothing for them to add to their CVs that they once ran for state governorship race.
Indeed, many of the PDP aspirants are literally branches of the Alaibe tree.

However, some of the little-known aspirants have been seemingly lionized by some stranded power blocs in the state, which many believe,, will make the contest even more democratic, as long as it is devoid of violence and manipulation.

In all, Alaibe looks set for the day. He has practically relocated to Bayelsa for a long time now and according to him, “we are taking nothing for granted.”

It is perhaps even more re-assuring that the powers that be in the state (save one) have seemingly endorsed Alaibe as the man whom the cap fits. It is argued that having tasted governance literally as “governor” of nine states “as the MD of Niger Delta Development Commission (NDDC), there is practically no aspect of governance that Alaibe is not verily at home with”.

Many believe that as the days draw near, many of the also-rans will soon queue behind the aspirant whom they hail as Principal.