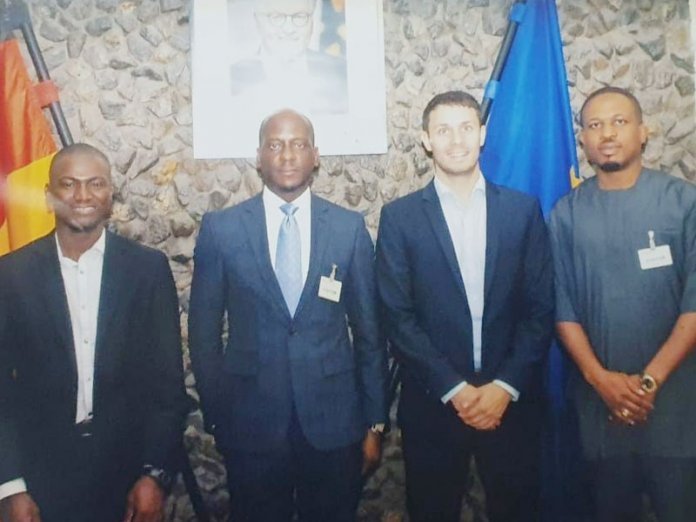 The Imo State liaison officer in Lagos, Hon. Anthony Abili has identified the opportunities in the agricultural sector in Imo State.

With particular reference to the rich belts that exist in the state and the huge activities and potentials in the area of cassava production, he noted that the state ranks among the major producing states in Nigeria.

Speaking during a courtesy visit to the German Vice Consular General, Jan H Ahren at Walter Carrington Crescent Victoria Island, Lagos recently, Abili in continuation of his consultation visits to key development partners solicited the cooperation of the German Government in the area of Health, Agriculture and Technology.

Pointing out the potentials that German investors can take advantage of, like the inadequate rice milling plants as well as sighting of major cassava processing plant in Imo State, Abili highlighted the massive investment rewards available in processing cassava by products like cassava chips, industrial starch and ethanol.

He explained further that while Nigeria remained highest producers of cassava in the world at 20 per cent of world production capacity, it still only achieves 39 per cent in local processing of by products as against 85 per cent and 90 per cent achievable in other parts of the world.

Speaking further, specifically in the area of Healthcare, he emphasised that that the Imo State Government under the leadership of Rt. Hon. Emaka Ihedioha intended to set up three well equipped government specialist Hospital, one each in Okigwe, Owerri, and Orlu senatorial zones of the state.

He sought the collaboration of the German consulate, aid agencies and the Government of Germany in development aid through provision of quality medical equipment and facilities for use in there proposed hospitals.

The liaison officer spoke about the establishment of an ICT innovation hub in Owerri to empower the youths of the state. He expressed the desire of the IMO state government to engage the German government in facilitating exchange study programmes between the universities in Imo State and Germany.
He also used