The Southern and Middle Belt Leaders Forum (SMBLF) has criticised the Chairman of the Peoples Democratic Party (PDP) Board of Trustees, Senator Walid Jibrin, for endorsing the RUGA programme.

The forum insisted that the policy was meant to enthrone ethnic domination as well create “homelands for Fulani herdsmen all over Nigeria in spite of the terror non-Fulani communities have been subjected to even when these herders are nomads.”

The group said Jubril had confirmed its fears that the policy was an ethnic conquest policy which was at variance with nationhood.

The forum stated, “we say clearly to Jubril that his appeal to our zones to accept the obnoxious policy is rejected with no thanks.

“He should join his fellow ethnic supremacists to pursue RUGA in the states in the North that have accepted it and spare us his sophistry and non-sequitur (a statement that does not follow logically from the previous argument.)

“Our opposition to the policy remains unwavering and RUGA will only be implemented in our communities after a military conquest of the entire South and Middle Belt.”

The SMBLF called on PDP governors to ignore their BoT Chair “who has spoken as a champion of his ethnic group but wearing the badge of their party.” 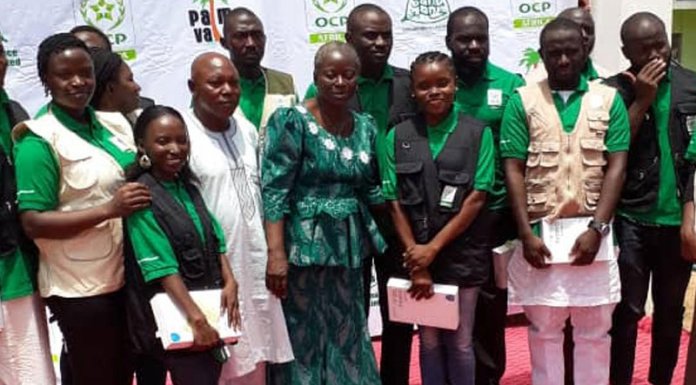 Towards Mitigating The Impact Of COVID-19 On Food Production, OCP Africa’s Agribooster Plan to Support Over 75,000 Farmers