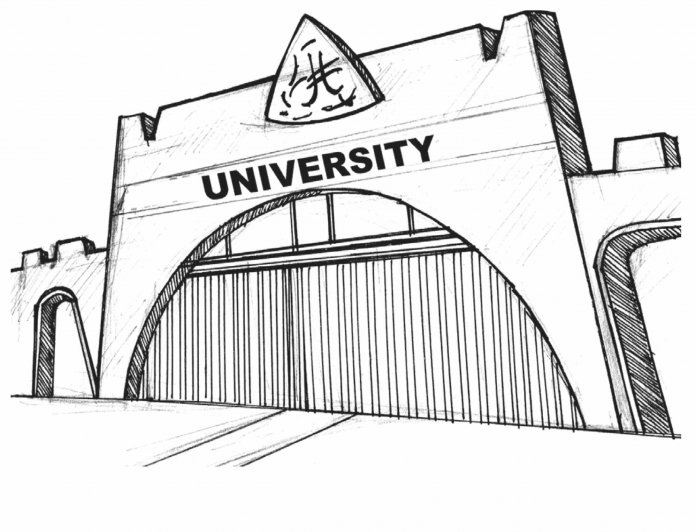 The universities may do well to sanitise their environment

Plagiarism and certificate forgery are strong enough to undermine the integrity of tertiary education in any country. This assumes an even more damaging dimension when the structures that ought to serve as checks appear lackadaisical, incompetent or compromised. The allegations levelled against a senior lecturer in the Department of Pure and Industrial Chemistry in the Faculty of Physical Sciences of Nnamdi Azikiwe University (UNIZIK), Awka, and a former Vice Chancellor of the university epitomise the rot that rubbishes the credibility of some institutions of higher learning in Nigeria. A holistic, decisive confrontation of such crimes is required urgently to sanitise the system.

The accusations against the two university dons currently being investigated by the Independent Corrupt Practices Commission (ICPC) are weighty. One allegedly secured employment at the university with a fake Bachelor of Science (B.sc) degree, a matter being handled by a magistrate court. His other qualifications, including a PhD obtained within a period of 14 months, have also been reportedly questioned by UNIZIK committees. To compound his troubles, he has also been indicted for gaining promotions by presenting plagiarised works and forged documents. In one instance, he falsely claimed to have served as an external examiner at the University of Benin, Benin-City, and Ambrose Alli University, Ekpoma, between 2012 and 2015.

These actions are clearly daring and desperate. The charges against the former Vice Chancellor border on collusion and failure to take appropriate, timely punitive decisions to remedy the ugly situation. The consequences of engaging faculty staff with dubious credentials are enormous. What manner of graduates will be tutored by persons with such ethical deficits, especially as universities are expected, by tradition, to award certificates only to students who excel both in character and learning?

The nation is already grappling with dwindling social values and harmful habits among its teeming youth population, predicaments that educational institutions ought to assist in solving. It would be disastrous for lecturers who are supposed to be guiding lights to compound the problems. Equally condemnable is committing young minds to men and women without the prerequisite qualifications for teaching and mentoring. Education at the highest level requires rigour and versatility, virtues that can hopefully be passed down by persons who had successfully experienced and demonstrated them in their own pursuit of diplomas and degrees, not those who criminally dodged the statutory hurdles.

There are no short-cuts to the acquisition of lasting, in-depth knowledge, a fact that makes it obligatory to have individuals with proven abilities and capacities as drivers of studies. Anything less than that would be tragic indeed. The issue of doubtful certificates of some dons should not be ignored at a time the quality of graduates in Nigeria has become worrying, as faculty input is a critical factor in the making of well- educated persons. The calibre of professionals in various fields produced by our universities can be reflective of the standard of their lecturers. Complaints abound about the un-employability of many school leavers who pass through the nation’s higher institutions. Millions of them are either jobless or underemployed at the moment.

While focus should be on creating a jobs-friendly environment, more efforts also need to target sanitising the organisations that produce them. At stake, therefore, are the present and future of this country.

On a final note, Nigerian universities should avoid the pitfalls reported in the UNIZIK scandal. The ICPC should look beyond the two individuals in its search for culprits. Relevant personnel in the affected department, post graduate school, appointments and promotions committee, senior staff disciplinary committee and others must be interrogated. Adherence to constituted processes and the thoroughness of officials are indispensable to the integrity of any entity. Time has come for the restoration of global respect for certificates issued by our ivory towers. Let it begin with internal probity.