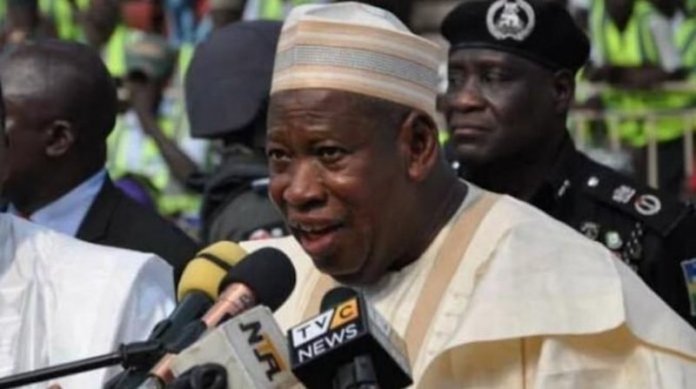 According to him, “Because of our worry over the persisting rate of unemployment among our youths who are productive and only waiting for the right leader and implementable policies, we as a government come up with policies and programmes that will pave way for our youths to explore the numerous opportunities in the entrepreneurship being explored tremendously in other developed societies.

“To cap it all, our state government has established the Ministry for Youths and Sports Development because of the special concern we have for our youths. Not less than one million youths were empowered by Ganduje administration in his first tenure in office.”

Anwar listed some of the interventions of Ganduje’s administration in the area of youths empowerment and development to include the construction of N258 million worth Community Skills and Development Centres at Rumfa College, Kano and Dawakin Tofa.

“Under this programme, we have provided equipment and Master craft personnel for the Centres. We started with 360 apprentices,” he added.

Anwar further stated that “about N4illion naira was used for the construction and procurement of modern equipment for the ultra-modern integrated skills acquisition centre at Gurjiya town of Dawkin Kudu Local Government Area.

“The centre provides 24 forms of trades. The construction is done and almost all the machines and equipment are procured. They have all being installed. The centre is only waiting for inauguration.

“Very soon those who will work with the new installed machines would be taken to United Kingdom for specialised training on how to use them. All the machines were procured from the UK.

“We also sent 75 youths for auto-mechanic training with Peugeot Automobile Nigeria (PAN) in Kaduna in Batch I. In Batch II, the state government sent 150 youths, of which 100 were male and 50 females. They have all graduated since. We also constructed auto mechanic garages for them at different locations in the state.

“Batch III of such youths is currently at PAN Kaduna for the same training. We believe that it is high time we got modern way of servicing or fixing our vehicles-we have trained them and empowered them on that.

“Similarly 6,600 female youths were also chosen from across the 44 local government areas of the state and were given the sum of N15, 000 as start-up capitals for small businesses.

“Also, a total number of 4,400 street hawkers were selected and given the sum of N20, 000 as additional capital for the growth of their businesses.”

editor - August 3, 2021 2:55 am
19
By REUBEN ABATI abati1990@gmail.com The story of Abba Kyari, the Deputy Commissioner of Police and erstwhile head of the Nigerian Police Intelligence Response Team speaks to...