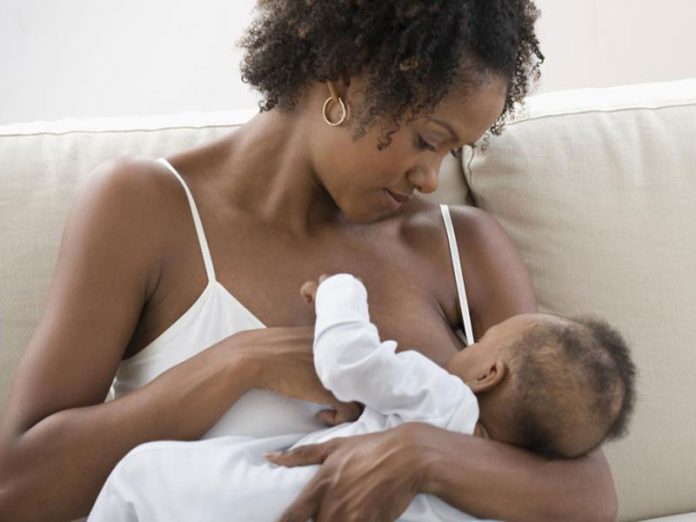 At the forum, Omoigberale added that exclusive breastfeeding “has remained of immense benefits to the child, mother, community and nation.”

He said the call became necessary because of the low rate of breastfeeding, which he said, had assumed an alarming proportion due to UNICEF downgrade of their activities on child mortality at a time which in turn, affected the rate of breastfeeding.
Omoigberale recalled that in the 1990s, the entire South West including Edo and Delta State had breastfeeding rate of over 65 percent.
However, the national president lamented that the average rate “has nosedived to 23 percent which if nothing is done could be disastrous to the nation.”

The PAN President said the theme of the week was carefully chosen “to encourage parents both mothers and fathers to observe exclusive breastfeeding because of its numerous advantages.

“This is because mothers believe that when they breastfeed their breast becomes floppy. This is not true. Floppiness of breasts is as a result of one or two factors: personal maternal structure or fatty substance in the breast tissue.”

He listed the advantages of breastfeeding to include serving “as optimal food for the babies as it help protect them from infections, allergic diseases because studies have shown that babies who are exclusively breastfeed are more intelligent than those that are given formula milk.”

“Mothers, who breastfeed, are not likely to suffer cervical or breast cancer because apart from creating bond between mother and child, it helps mothers experience easy and early evolution of the uterus immediately after birth.

“It also serves as contraceptive because during the period of breastfeeding, mothers do not menstruate or ovulate which when occur prevents pregnancy.

“To the community, it increases the health situation of an area so the rate of infection comes down while to the nation, it increases the domestic gross product because the amount of money used for important of baby food will be saved.

“Analysis has shown that babies who are exclusively breastfed are usually more intelligent and do not behave like animals. So we should encourage parents whichever way we can to assist them”, he stressed.

Omoigberale pointed out that another objective behind the breastfeeding week “is to do advocacy to policy makers with the belief that they will assist to encourage parents on the importance of breastfeeding.

The national president noted that PAN “has planned an advocacy visit to the National Assembly to increase the maternity leave from 12 to 14 weeks.”

Buttressing Omoigberale’s position, Director of Child Health and Consultant Paediatrician, Prof. Ayebo Sadoh said a child exclusively breastfed “does not fall sick, does not have diarrhea or vomit as well as other child killer disease.”