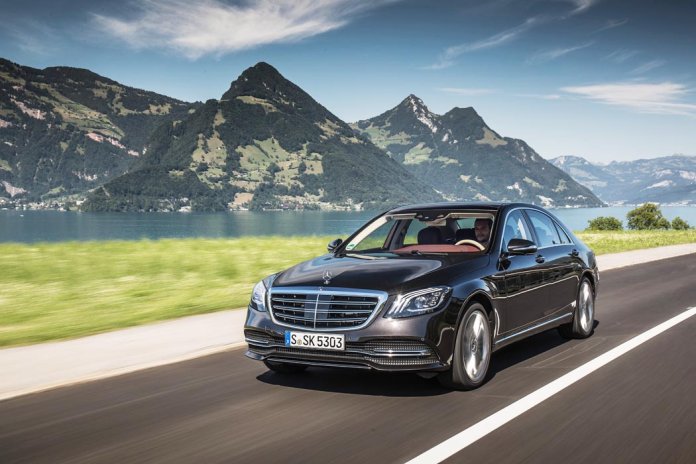 Mercedes-Benz started the third quarter with a new sales record for the month of July: A total of 188,857 cars with the three-pointed star were delivered (+12.7%), said the auto maker in a statement.

Also, Daimler plans to revolutionise electric-powered trucks, according to a report by CNN’s The Global Energy Challenge, which says Daimler is revolutionising truck division to meet the demand for online shopping whilst cutting CO2 emissions.

According to the report, Daimler, which owns Mercedes-Benz, says its electric eActros trucks can help on-demand delivery remain timely without polluting the air.

However, on the a new sales record for the month of July, Mercedes-Benz said the ongoing model changes in the high-volume compact-car segment had a positive impact on unit sales last month. There were also significant increases in worldwide unit sales in July of the S-Class Saloon (+17.7%), the E-Class Saloon and Estate (+11.1%) and the C-Class Saloon and Estate (+10.4%). Double-digit growth in unit sales was achieved in all regions and core markets in July. In the first seven months of the year, Mercedes-Benz defended its market leadership in the premium segment in markets including Germany, the United Kingdom, France, Belgium, Switzerland, Portugal, Sweden, Denmark, Japan, South Korea and Canada.

“We are very satisfied with the start to the third quarter. The best July of all time for Mercedes-Benz unit sales confirms our positive expectations for the coming months,” stated Britta Seeger, Member of the Board of Management of Daimler AG responsible for Mercedes-Benz Cars Marketing and Sales. “I am delighted with the great response from customers to our new compact cars and that the improved availability of our new SUVs has already had an impact on sales. And the Mercedes-Benz luxury and full-size saloons, the S-Class and the E-Class, were also very popular in July.”

In the Europe region, 73,633 Mercedes-Benz vehicles were sold in July (+12.3%). Sales of 26,331 units in Germany, the domestic market, were 18.2% higher than in the prior-year month. With 173,682 cars with the star sold from January to July, unit sales were at the prior-year level again. Unit sales increased in July in nearly all European markets. Compared with July 2018, double-digit growth rates were achieved in markets including France, Russia, Belgium, Switzerland, Portugal and Sweden.

A new July record was set for deliveries in the Asia-Pacific region, where 82,039 cars with the star were handed over to customers (+11.6%). In China, the region’s core market, the Stuttgart-based company with the three-pointed star sold 59,435 vehicles in July (+13.0%). Mercedes-Benz thus set new records in China for cars delivered both in July and for the first seven months of the year (404,092 units, +2.9%). Mercedes-Benz started the third quarter with best-ever unit sales in July also in South Korea and Australia.

In the NAFTA region, the Stuttgart-based company with the three-pointed star posted significant growth in unit sales in July: 29,241 cars delivered represent an increase of 17.5% compared with the prior-year month. The strong development of sales in July was primarily driven by the region’s core market, the United States, where 24,612 cars with the star were sold last month (+22.9%). In the first seven months of the year, sales by Mercedes-Benz in the United States totalled 172,008 vehicles (-3.8%), a significant improvement of sales development compared with the previous month June.

With sales of more than 55,000 units, the compact cars with the star recorded double-digit growth of 29.7% in July. Last month, the new B-Class actually achieved very strong worldwide growth of 52.7%. The new B-Class has been available also in Japan since July. In the first seven months of the year, more than 368,000 units of the A- and B-Class, CLA, CLA Shooting Brake and GLA were sold worldwide (+7.3%). The popularity of the new A-Class continues, with growth in unit sales of 33.6% in the months of January to July. New records were therefore set by the compact cars both for July and for the first seven months of the year.

In the SUV segment, improved vehicle availability had a positive impact last month: sales of approximately 61,000 units of the GLA, GLC, GLC Coupé, GLE, GLE Coupé, GLS and G-Class were just 1.2% below the prior-year level. Sales of the G-Class in the first seven months of the year are already on the way to setting a new record in 2019: more than 20,000 units were sold worldwide from January to July (+78.7%).

From January to July, 69,329 cars from the smart brand were handed over to customers worldwide (-10.0%). Unit sales of the two-door and four-door urban microcars increased during that period in markets including Germany (+8.2%), France (+22.3%), Portugal (+3.4%), Belgium (+6.9%), Switzerland (+14.7%) and Austria (+44.8%). The smart brand is transitioning to purely electric drive and will successively reduce its offering of models with combustion engines in all European markets until 2020.

On Daimler’s revolutionising electric-powered trucks, think tank Agora says that 38% of European road emissions come from heavy duty vehicles. Emissions from trucks and buses have risen at a rate of 2.2% annually since 2000, according to the International Energy Agency.

Having been in development over the last five years, Gesa Reimelt, the head of e-mobility at the automotive group, told CNN they could be on the road by 2021.

“When you ride the truck the CO2 emission is really zero,” Reimelt said. “Now if you look at the energy consumption, if the energy is green energy that is charged in to the battery, then it’s zero as well. So, this is huge.”

The trucks, which are being tested in Germany and Switzerland, have a range of up to 124 miles and potential customers are already taking an interest in securing an order.

“It’s part of our philosophy to keep up with new technologies,” Arne Rigterink, CEO of Rigterink Logistics Group, told CNN. “As a logistics company we have to think of ways to help nature and the environment.”

However, Daimler acknowledges that the new eActros will have to develop and eventually be capable of travelling distances of up to 311 miles on a charge before more companies will consider adding them to their fleets.

“If society wants e-mobility and if they want it fast, then charging infrastructure is really a topic,” Reimelt said. “It’s really a challenge… So, it would help if governments would invest in infrastructure.”