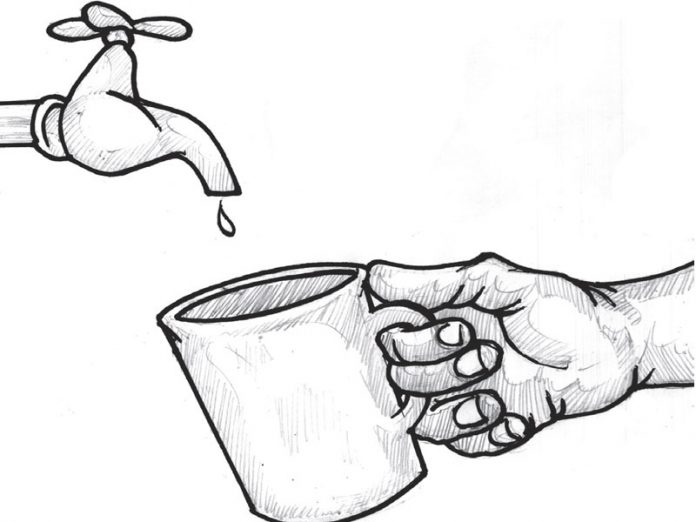 The authorities may do well to invest more in water supply

In Nigeria, the number of those without access to safe water and sanitation is unacceptable. Some 52.7m, according to the immediate past Minister of Water Resources, Suleiman Adamu, have no access to clean water. He attributed this to poor investment, low capacity and other challenges. “Inadequate water and sanitation infrastructure, population increase and rapid urbanization have created a serious deficiency in the quality of life of an average Nigerian,‘’ he said.

It is rather unfortunate that Nigeria’s level of access to clean water is markedly lower than those of other peer countries in the region. That 53 million people in Nigeria continue to live without access to improved water while 130 million people use unimproved sanitation facilities is insensitive. Indeed, a research earlier conducted by the Water and Sanitation Programme (WSP) of the World Bank revealed that the socioeconomic impact of poor sanitation alone cost the country about $2 billion each year.

Potable water and improved sanitation services are robust measures for fighting poverty and diseases. Yet, in the absence of water from piped supplies and protected wells, millions of Nigerians living in both rural and urban areas consume what is available. In many rural communities, the challenge is critical as women and children trek distances to fetch water from contaminated streams and ponds. For those who can afford it, especially in the major cities and towns, boreholes are indiscriminately dug. But that too constitutes its own problems as it undermines the water table and threatens future supply of the commodity.

Poor access to improved water and sanitation in Nigeria remains a major contributing factor to high mortality rates among children under five. Expectedly, the report painted a gloomy picture of the Nigerian condition that is all too evident, especially with poor children said to be about four times more likely to get diarrheal disease than rich children and that public expenditure in water and sanitation was limited and of poor quality. Besides, across most water-utility indicators, Nigeria under-performed in comparison to African and global averages, according to the report which noted that nearly 30 per cent of water points and water schemes failed within their first year of operation in our country.

What the foregoing says is that public officials, at all levels, as well as key stakeholders must begin to develop effective policies and interventions to address shortcomings in access to clean water. Such efforts should be targeted at the most vulnerable in society, specifically those who experience the greatest burden of poverty. But to generate a sustained impact, there must be a synergy in what the various actors are doing so that a combination of such interventions will have more impact than the sum of their parts.

Particularly noteworthy is the fact that access to piped water on premises in urban areas declined from 32 per cent in 1990 to 7 per cent in 2015. Yet access to clean is a human right. Thus until we make access to this vital liquid a right and not a privilege as it currently appears to be, it will be difficult to get many things right.