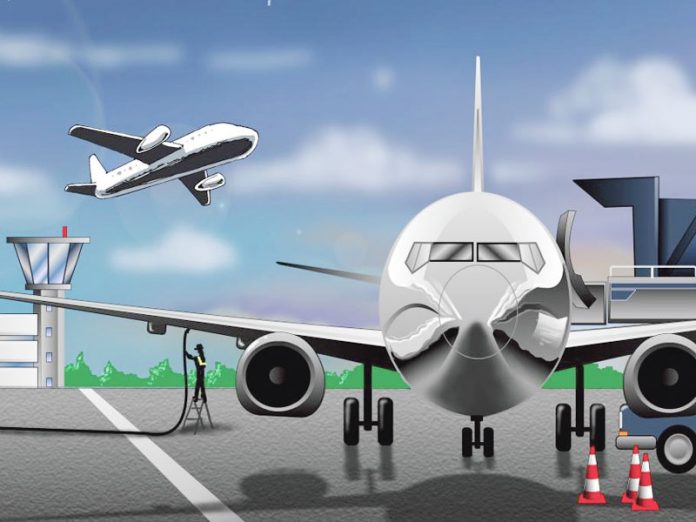 The major challenge facing the aviation industry is that policies made by government to guide and develop the sector are not followed up and supervised to ensure their implementation.

This was the verdict of industry stakeholders who posited that not only that the policies are not implemented, but they are also changed at whim, as every new minister that comes upturns the policies made by the previous minister, hence the policy summersault.
The former Director General of the Nigerian Civil Aviation Authority (NCAA), Dr Harold Demuren, observed in a recent interview that government may in the Bilateral Air Service Agreement (BASA) it signed with a country endorse three times a week in the commercial agreement for the airline that comes from that country to operate into Nigeria, but the officials in the Ministry of Transport would unilaterally extend it to daily flight over time and government would not clamp on that because no one really is monitoring the implementation of policies made by government. This is however, not peculiar to aviation. It transcends all spheres of government, according to industry observers.

During a recent conference organised by the League of Airports and Aviation Correspondents (LAAC) the President of Aviation Round Table (ART) and Sabre Network, West Africa Dr Gbenga Olowo, said the aviation industry needs policy thrust to guide it to growth.
He said there are key points that would take the industry to a higher level, which must be buoyed by strong policy that government must ensure is fully implemented.

These four policy thrust include stakeholder satisfaction, protection of the investor, the consumer and then safety and security.
Olowo, said there should be policy thrust directed at the objectives that would be set, “with strong dashboard imperatives,” that could be measured to ascertain the extent they have been achieved in the next five to 10 years.

“Whoever occupies a position to drive policy must be measured, and those elements to measure are divided into five in my presentation, but the summary is that the regulatory framework must be stable, the political environment must be stable, because a Mr. President today need not be there tomorrow for us to respect certain contracts that are signed with stakeholders under him. This is what it means to be stable.

“We must have stable regulatory framework; we must have stable legal framework. Regulation shouldn’t be changing the way we change our dress. A regulation that drives economics, we cannot continue to be prodigal the way balance of trade against Nigeria is handled.

“We need services from foreign partners but we say that those services cannot be provided by us. And that is the emphasis that I made. If we cannot run our businesses then we will not be able to manage even ourselves,” Olowo said.

He remarked that if many in the industry and government believe that Nigerians cannot evolve strong airlines that can effectively represent the country, it means that Nigerians won’t be capable of doing anything, even to be governor of a state.

In other words, Olowo counselled that Nigerians should have confidence in themselves and believe that they can effectively run airlines without outside support if the policies and commitment of government are keyed towards that goal.

On aero politics, which established foreign airlines use to knock out Nigerian carriers from international routes to diminish competition with them, Olowo explained that aero politics is politics in the aviation industry, which basically addresses the area of influence and recommended that the Nigerian government should learn how to play that politics to protect nation’s airlines.

“Our people in government, especially the Ministry of Aviation, and the Nigerian Civil Aviation Authority (NCAA) must be able to influence a lot of things with our carriers. When our carriers approach them, they must not see them as a disruption, they must see their table as a fulfilment to what the stakeholders are asking for.

“For instance, if we give birth to a national carrier tomorrow, and the Ministry or the CAA do not follow the objective to the later, and they just say you are designated to China or to London without influencing the way things happen at the other end (country of destination) with government influence, that airline won’t survive.

“We heard during the conference the slot that Nigeria Airways was using, how Arik couldn’t get it on time. Arik as a carrier is a player coming to compete with their own (other country’s) carrier, so there will be unseen resistance, despite what you call anti-competitive rule,” he said.

Olowo emphasised that the influence of the Nigerian government was vital to protect indigenous airlines.