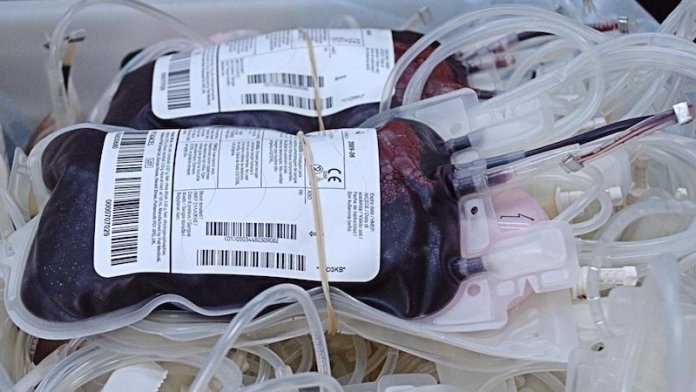 Rotary International, District 9110, comprising Lagos and Ogun States in conjunction with Indian communities in Lagos have decided with high sense of commitment to partner the Lagos State Government to voluntarily donate blood.

This is in line with the World Health Organisation (WHO) directive that at least one percent of the population of every country would always need blood, hence the necessity for voluntary and regular blood donors.

During a recent blood donation exercise at Palmgroove, Lagos, Assistant Governor, Rotary International, District 9110, a member of Rotary Club of Lagos Palmgrove Estate, who doubled as the Chairman, District Blood donation, Rotarian Ramesh Biswal, explained that the need of blood in the blood bank forced the club to make a pledge to get 2,500 pints of blood through the clubs for the year.

At the last Blood donation camp which was attended by Lagos State government representatives, more than 2,000 pints had been donated while the counting was still on.

According to Consultant, Hematologist, Acting Executive Secretary, Lagos State Blood Transfusion Service, Dr. Bodunrin Osikomaiya, more than 90 per cent of blood being donated in Lagos now is by husband donors or relative of patients’ donors which of course is in sharp contrast to voluntary and constant donors regarded to be the safest.

She cast aspersions to the existing system of husbands or relative of patients’ donation of blood which tantamount to coercion because without the pressing need of blood for their relatives, they too would probably not have submitted themselves to the exercise.

“This is like they are being forced to donate because their people need blood and this is not what we want. They are simply donating for personal reasons. What we want is voluntary and regular donation which is the safest blood we need since they will often come, there will be regular pool of blood storage in case of emergency.”

She however, pleaded with Nigerians to emulate members of Rotary International and Indian community to submit themselves voluntarily to this humanitarian cause because the belief is that if the former could so commit themselves, Nigerians generally too should be able to do so.