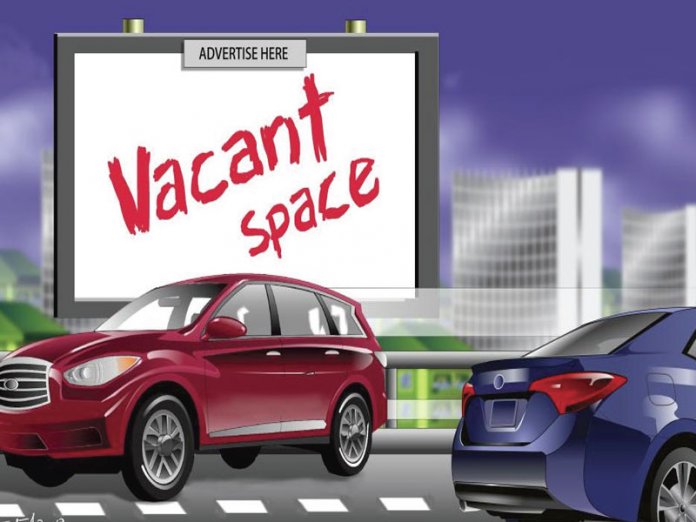 As stakeholders in the advertising industry continue to condemn the semi-nude ladies in a see-through mobile advertisement truck currently trending, Raheem Akingbolu reckons that self-regulation remains the only remedy against such practice.

In modern advertising world, industry regulators and advertisers have consistently disagreed over misused of sexual advertising or selling via sex. Though, regulators are aware that the use of sex appeal or innuendo in advertising do help brand owners to sell a particular product or service but they often kick in some markets when sexually appealing imagery has nothing to do with the product or service in question. Some noticeable instants of sexually appealing imagery that are recognised globally include; nudity, pinup girls, and muscular men. Because, sex works in the sub consciousness of the consumers, most creative agencies see it as a tool for positioning.

Against the global advertising standard that Advertisements should not contain statements or visual presentations offensive to public decency, last week, residents of Lagos, woke up to the blaring video showing half-naked women dancing in a transparent outdoor display truck in Lagos. The truck, with number plate APP 713 XL, showed the women dancing on a stripper pole wearing only bra and pant. The truck was seen around the Toll Gate Plaza along the Lekki-Epe Expressway, Lagos on Friday night. It has since been confirmed that the mobile ad belongs to an outdoor company registered as Provision Media System Limited. Tecno, the music icon that owns the creative has also apologised to the public through.

On Monday, Tekno, took to his Instagram page to release the statement, apologising to Lagosians that witnessed the scene as well as give reasons why it happened.
He wrote; “Hi everyone, please I would like to clear the air about the video going round of girls dancing around Lekki or Victoria Island.

“First of, there was no reason for us to be dancing in a truck around Lekki. There was no music, no ventilation in the truck. We were shooting a music video and we had shortage of vehicles to convey people to the next location, because some of the cars broke in between the shoot, which we divided ourselves into various vehicles because we had been shooting all day and having fun which we then move to the next location.

“However, this was at about 12am at midnight already. This was no advert for a strip club or dancing naked for on the streets for any type of reason.
“In addition, we respect the decency in Lagos and in as much as we are entertainers, we are always mindful of what we have and not jeopardise it. And that’s why we enjoy shooting our videos in Lagos. As we all know it’s a centre of excellence and centre of entertainment.

“We sincerely apologise if some people saw this and felt offended by the scenery they saw. It was never an intent. My people i love you all, stay blessed.”
Meanwhile, following the development, the Lagos State Police on Tuesday arrested Tekno. THISDAY gathered that he was arrested and went through questioning at the state Criminal Investigation and Intelligence Department (SCIID), Panti, Yaba.

Regulators’ reaction
However, the Lagos State Signage and Advertisement Agency (LASAA) had earlier condemned the act and threatened to take action against the owner of the truck because of the embarrassment the ugly development cost the state government.
In a statement by LASAA’s Chief Executive Officer, Bolaji Sanusi, the agency said no truck in Lagos had been given a licence to do such.

The statement read in part, “The Government of Lagos State, under the leadership of Governor Babajide Sanwo-Olu, has zero-tolerance for any slightest attempt by anyone, under any guise, to debase the moral fabric of our dear state. Nobody can hide under the guise of engaging in outdoor advertising business to display obscenity that is antithetical to our cherished cultural and moral values.

“The full weight of the law, as enshrined in the agency’s extant law, will be meted on the company owning this erring outdoor mobile truck. We assure members of the public that the agency shall henceforth scrutinise activities of mobile trucks to forestall a recurrence of such an obscenity.”
Also, the Advertising Practitioners Council of Nigeria (APCON) has condemned the video. The Council’s position was made known in a press statement signed by the acting Registrar and Chief Executive, Mrs. Ijedi Iyorha.

It violates the common principles of decency promoted in the Code of ethics of advertising practice and unnecessarily exploited and depicted unwholesome sexual behavior,” said APCON.

The Council also disclosed that it has set in motion the process of ascertaining persons or advertising agency or organisations behind the act and will be working with other relevant government agencies and advertising stakeholders to ensure that those responsible are appropriately sanctioned to deter such and similar forms of advertisements
“APCON is committed to ensure that all advertisement in Nigeria or directed at the Nigerian market shall be legal, decent, honest, truthful, respectful and mindful of Nigeria’s culture, constitutional tenets and relevant lawful enactments as well as having a high sense of social responsibility,” the council said.

Suspension
Following the development, LASAA has announced the suspension of the company. It said the company remains suspended pending its final investigation, of the practicing licence issued to the company whose unregistered mobile advertising truck, which has no valid registration for the current year 2019 was illegally deployed in engaging in abysmally debasing projection of semi-nude women for several hours around the Lekki/Ikoyi toll gate.

In a statement signed by Sanusi, the agency said; “Having gone through its records for the current year 2019, confirmed that the truck with Lagos State plate number APP713XL is not registered with the agency for the deplorable purpose for which it was deployed by the company on Saturday. We wish to state, without equivocation that, no outdoor mobile advert truck within the jurisdiction of our dear state is licensed to display such crass immorality of the calibre that the owner(s) of this unregistered truck exhibited on our roads over the weekend.

He said: “The government of Lagos State, under the leadership of Governor Babajide Sanwoolu, has zero tolerance for any slightest attempt by anyone, under whatever guise, to debase the moral fabric of our dear state. Nobody/company can hide under the guise of engaging in outdoor advertising business to display obscenity that is antithetical to our cherished cultural and moral values.
“The full weight of the law, as enshrined in the Agency’s extant law, will be meted on the company owning this erring outdoor mobile truck after due investigations must have been concluded. We assure members of the public that the Agency shall henceforth scrutinize activities of mobile trucks to forestall a recurrence of such an avoidable obscenity.
“The state under Governor Babajide Sanwoolu will not in any ramification condone the use of outdoor advertisement structures, whether static or mobile, to perpetrate illegally obscene activities.”
This was also the position of the Outdoor Advertising Association of Nigeria (OAAN), the umbrella body of outdoor practitioners.

According to a statement issued by the association signed by its President, Mr Emmanuel Ajufo that OAAN does not subscribe to the show of shame on the streets of Lagos by ladies, dressed in nudity.

The statement reads: ‘’OAAN is a responsible association and our members are disciplined and would not be involved in the unprofessional campaign such as seen in the viral video.

‘’In strong terms, we condemned with all sense of sincerity the Indecent Advertising campaign and its content. We as an association do not subscribe to the show of shame on the streets of Lagos by ladies dressed in nudity.

The association said that is fully ready to work with appropriate authorities to ascertain the brain behind of the show of shame.’’

Global standard and self-regulation
The issue of sex advertising has remained a contemporary issue for years with brand owners and regulators taking varying positions. Again, it is not only in Nigeria that regulators have wielded the big stick when advertising practitioners err, in the UK in 1989, 76 per cent of women and 62 per cent of men agreed that using sex as a selling device in advertising is offensive. In 1993, a clothing company advertisement depicting 56 sets of male and female genitalia, some of children, was banned in the same country. However, complaints about naked women and gratuitous sex in advertising are however seldom upheld.
At the 3rd Africa Rising Business leadership conference in Accra, Ghana recently, practitioners within and outside Africa, reviewed the possibility of promoting self-regulation in the continent.

She said: “To us in South Africa, we see no reason for government regulation when we know where to draw the lines. It is about being disciplined, professional and understanding global standard. With those things in place, everybody will fall in line and businesses will move on without breaking the law,”

In his contribution to the debate, the President, Association of Advertising Agencies of Nigeria (AAAN), Ikechi Odigbo, argued that it is difficult to situate APCON as an external regulator because of the collaboration between the council and all the sectoral bodies in the marketing communication industry.

“Though APCON is a creation of government, it enjoys an independent status because government doesn’t intervene in its operations. The APCON council parades members from various sectoral bodies who take major decisions as concern regulations and sanctions,”

The President of the local body of IAA in Nigeria, Tunji Olugbodi, also argued that the peculiarity of the Nigerian business environment and various infrastructural challenges facing practitioners in the country may not encourage setting up of self-regulatory agency in the market.

Since the issue of the nude advertising started trending, many stakeholders have linked the problem to the current status of the Advertising Practitioners Council of Nigeria, which has remained without council members for years. Another set of people have also called for self-regulation.