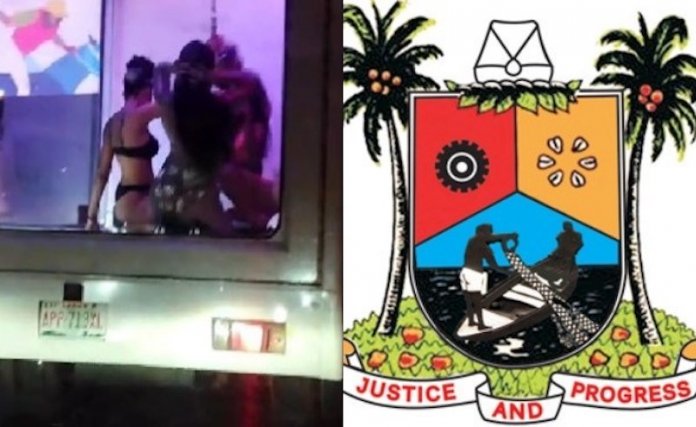 The federal government yesterday condemned the public naked dance in Lekki area of Lagos State describing it as “strange entertainment from the pit of hell.”

This is coming as music star, Augustine Kelechi alias Tekno, was yesterday arrested by operatives of the Lagos State Police Command for breaching public decency with the outdoor advertising displaying semi-nude women.

A statement issued in Abuja by the Director-General, National Council for Arts and Culture, Otunba Segun Runsewe, a parastatal of the Federal Ministry of Information and Culture, expressed government’s commitment to repositioning the true gains and pictures of the diverse cultural history of Nigeria.

He said, “The Lekki public show negates the beauty of Nigerian culture and way of life. It is unacceptable, Jezebelistic and a sin against Nigerian culture, which must be condemned, ridiculed and rejected by Nigerians from all works of life.

“The Lekki debacle must be used as an example to officially clamp down on promoters and influencers of strange entertainment from the pit of hell. Nigeria will never succumb to an imported cultural pastime or to blackmail, tailored to destroy centuries-old and rich Nigerian culture.“This dizzying madness cannot and would not be allowed to turn Nigeria to a destination for sex and illegal drugs tourism. Enough is enough, and for God sake, where is this coming from?”

He was quizzed for several hours at the State Criminal Investigation and Intelligence Department (SCIID) Panti, Yaba before being granted administrative bail on health grounds.

Tekno came under fire last week after a mobile advertisement displayed scantily dressed girls dancing seductively in a transparent glass box on a truck while he sprayed money on them along the Lekki-Ikoyi Link Bridge.

Although the singer issued a public apology explaining that it was not an advert but a scene in a video he was currently shooting, the Lagos State Signage and Advertisement Agency (LASAA) suspended the advertising firm, Pro-Vision Media Systems Limited whose van was used.

According to the Deputy Commissioner of Police (DCP) SCIID, Mrs. Yetunde Longe, investigation was ongoing into the matter and the singer was granted bail because of his health.

She said: “Yes, we invited him for questioning but we did not detain him because of his health. He was advised to report to the police whenever he was needed. Investigation is still ongoing.”

“He is presently undergoing questioning at the SCIID Panti. Public indecency was against the Criminal Code and if found culpable after investigation, all those responsible will be charged to court,” said Elkana.