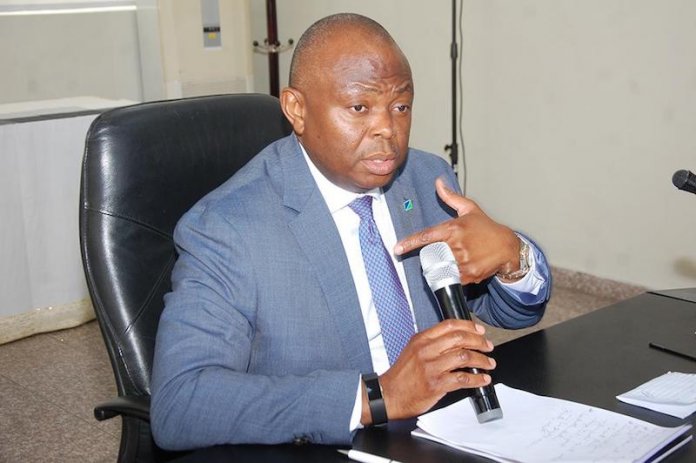 Fidelity Bank Plc is collaborating with fund providers within and outside the country to organise a one-day funding initiative for micro, small and medium scale enterprises across three cities in Nigeria, writes Hamid Ayodeji

Mr. Chidiebere Nwankwo, is an indigenous manufacturer who produces a wide variety of plastic products in Lagos, the commercial nerve centre of Nigeria. He recounts his experience and lessons learnt in his entrepreneurial journey. His business was forced to close after a large client placed a major order for his products.
Nwankwo needed a loan to purchase an advanced equipment to fulfil the large order, but it was 2017 and the country was still grappling with one of the worst economic recession in 29 years and he could not secure the funds.

“I learned first‐hand how access to finance can spur a small business and how the lack of funding can kill an entrepreneur’s dream”, he said.
Nwankwo is one of the many Micro Small Medium Enterprises (MSMEs) confronted with the problem of access to capital.
In Nigeria, MSMEs have continued to contribute their fair share to the growth of the country. MSMEs employ over 80 percent of the country’s total 90.5 million labour force, contribute 48 percent to Nigeria’s GDP and constitute over 80 percent of registered exporters in Nigeria.

Despite the huge potential of MSMEs to create employment opportunities for the country’s youth population, they remain largely bedevilled by a number of problems with limited financing options being one of the main drawbacks they face.
In continuation of its support for MSMEs and as part of efforts to bridge the funding gap and other attendant issues in the sector, Fidelity Bank intends to collaborate with fund providers within and outside the country to organise a one-day funding initiative for MSMEs across three cities in Nigeria.

The bank has concluded plans to connect 60 SME founders to 60 fund providers at the forum themed: “Entrepreneurship Meet Capital” scheduled to hold in Lagos on August 7, 2019. The bank will also hold the conference in Port Harcourt, and Kano in the last quarter of the year, and first quarter of next year respectively.
Fidelity Bank will be giving out a total of N12 million (across three locations) in grants to MSMEs who will emerge finalists in a competition at the event dubbed ‘Fidelity SME Funding Connect’.

Speaking at a press conference in Lagos recently, Managing Director/CEO, Fidelity Bank Plc, Mr. Nnamdi Okonkwo stated that MSMEs are the engine of any growing economy. Okonkwo was represented by Executive Director, Lagos & South-West, Fidelity Bank, Mrs. Nneka Onyeali-Ikpe.
“This initiative shows that it is a sector we cannot ignore. The biggest problem of SMEs in the country is funding before other factors like poor infrastructures, multiple taxation, poor capacity, and skills to do what they are supposed to do. Fidelity Bank has over the years provided funding,” he said.

The Executive Director, Shared Services and Products, Fidelity Bank, Mrs. Chijioke Ugochuckwu, who she featured on the ‘Fidelity SME Forum,’ on Inspiration FM radio recently, pointed out that apart from well-known infrastructural challenges SMEs face, the number one feedback the bank had received was funding constraints.
This, she was a critical factor to the success of any business. Ugochukwu added: “Fidelity Bank is driven to help SMEs get capital which is a huge part of what we do. We are clear in our minds that due to the fact that SMEs produce 50 per cent of the country’s GDP and accounting for about a third of the eligible work force, that impactful programmes targeted at SMEs would go a long way to improving and sustaining our economy.
“We have invested a lot of resources into capacity building as we have had 200 episodes of programmes such as this (the radio programme), so when we are through in Lagos we are taking it to Uyo and Ibadan in a few months.”

The bank has reiterated its commitment to providing long-term funding for MSMEs through its funding partners including private equity firms, Venture Capitals (VCs) and Angel Investors worth over $1 billion.
More importantly, the bank has given out loans to Nigerian businesses over and above the latest limit 60 per cent Lending to Deposit Ratio (LDR) set by the Central Bank of Nigeria (CBN).

Making the revelation on a weekly live radio SME Forum on Inspiration FM in Lagos recently, Chief Operations & Information Officer (COIO), Joshua Gbolahan, disclosed that the feat is achieved with minimal Non-Performing Loans (NPLs).
Joshua was quick to reveal that Fidelity Bank’s policy of structured approach under a managed SME team which is driven by strategic capacity building powered financial advisory model to tame incidences of NPLs.
The COIO said that, “Our NPLs are below six per cent, with our cost of risk below one per cent at 0.5 last year. This is because we do this lending on a very structured manner and evaluate the sector we lend against our defined limits. Currently, we are supporting our risk management framework with a lot of tools from digital perspective.”

He further averred that Fidelity bank is working with the Development Bank of Nigeria (DBN) in riding on the CBN’s development financing programmes to grow the activities of Small and Medium Enterprises (SMEs).
Speaking further, Gbolahan said: “If you look at the bank in the last five years, every single year, even during the recession, it has grown its loan books. Even in the face of currency devaluation, it has grown its loan books and I can assure you that the bank will never stop lending.
Still on the event, he said there would be six breakout session, there networking cocktails, adding that the conference will feature a lot of beneficiaries to the bank’s SME funding.

Giving an overview of the SME Funding Connect, Divisional head, Managed SMEs, Fidelity Bank, Mr. Osaigbovo Omorogbe said the event will kick start from Lagos and the train will move to Abuja, Port Harcourt and Kano. “We anticipate that at the end of the fair, SMEs would have received access to funding from local and foreign funders”, he noted.

According to Omorogbe, the event seeks to deepen the conversation around funding for SMEs amongst all of the other issues that SMEs currently face in the market such as policy inconsistency, poor managerial/entrepreneurial skills, poor record keeping, low technology leverage, limited access to export markets, etc.
Fidelity Bank SMEs Connect Series will be anchored by PWC, a professional audit and consulting firm. The event is planned to hold in major commercial and policy centres in the country featuring 60 founders, 60 fund providers and 3,000 participant’s starting from Lagos on August 7, Port Harcourt in the last quarter of this year and Kano in the first quarter of next year.