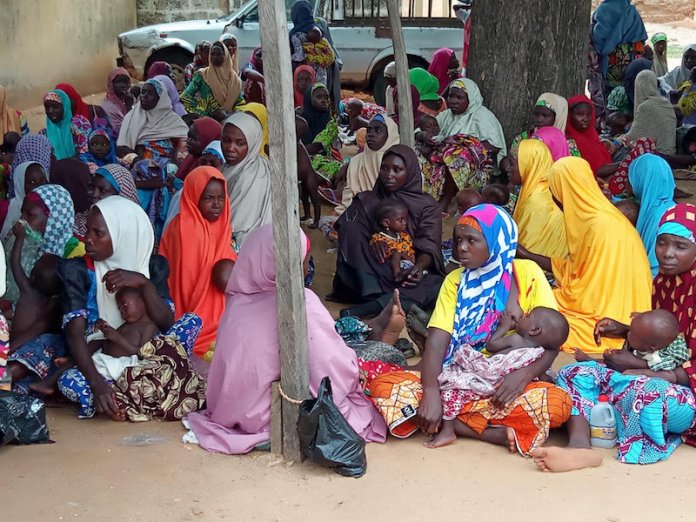 The spate of acute malnutrition amongst children in Katsina State has remained a source of worry to critical stakeholders in the health sector as the disease is currently bedevilling many children in the state.

Due to its grave implications for the mental, growth and development of children, malnutrition which manifests in some children as kwashiorkor has been on the front burner of public health discourse in the state in recent times.

Severe Acute Malnutrition popularly know as SAM according to the United Nations Children’s Fund (UNICEF) is mostly prevalent in the Northern states of Nigeria and is associated with poor hygiene, food insecurity, poverty, illiteracy and poor diet among children of five years.

According to a health research conducted by the National Nutrition and Health Survey (NNHS) in 2018, children with acute malnutrition at the national level is seven per cent while that of Katsina is 9.2 per cent and the number of those with stunting problem at the national level stood at 32 per cent while the state have a prevalence rate of 58 per cent, thereby calling for global attention.

Investigation by THISDAY further revealed that the percentage of children with SAM related issues at the national level is one per cent while Katsina State is ranks high with two per cent.

Although, health experts in the state have attributed the alarming rate of malnourished children in the state to poor sanitation among breastfeeding mothers and lack of water at the Community-based Management of Acute Malnutrition (CMAM) centres in the state.

When THISDAY visited one of the CMAM centres in Mani local government, it was observed that dozens of mothers, who brought their children with acute malnutrition, were seen being attended to by health officials at the centre.

Investigation by our correspondent showed that the CMAM centre was recording an average of 25 children being brought to the centre weekly during rainy season with symptoms of acute malnutrition.

Mrs. Sefiya Kamilu Mani, a nursing mother who was seen at the centre with her three-year-old baby, Aminatu, said her daughter could not eat nor drink water but faces periodic defecation.

She added: “Government is providing free Ready to Use Therapeutic Food (RUTF) to us frequently and free medical treatment to our children affected by SAM but more need to be done to eradicate the problem in the state.”

Aminatu like other infants are being treated for severe acute malnutrition problems at the centre on weekly basis. The number is likely to swell with the onset of rains because severely malnourished children are more prone to diseases such as cholera and malaria.

Reacting to the trend, a nutrition officer in charge of Mani Primary Healthcare Centre, Mamman Sani, said the centre used to record 20 children with same predicament per week during dry season. “We do record higher numbers of children with acute malnutrition, especially during the rainy season”.

He further stated that: “The state government has been doing all it can to reduce cases of children with malnutrition in the state, but the cases are always higher, especially during rainy season.

“This is because of the dirty nature of some of the mothers and their inability to observe simple hygiene rules such as washing of hands regularly and maintaining a clean environment.

Sani opined that children admitted with severe acute malnutrition are given specialised feeding and therapeutic care to help rehabilitate them “once they are stabilised and able to be discharged, they will be monitor as part of an eight-week programme at an Outpatient Therapeutic care programme (OPT)”.

Sani said the state government was doing all it could to reduce cases of acute malnutrition in children in the state, adding that the non-observation of simple hygiene rules such as cleaning of dirty hands and maintenance of clean environment where children live, especially during rainy season, were responsible for the problem.

However, the nutrition officer said the state government was committed in its to scale up the treatment of SAM across the 34 local government areas of the state through sustained supply of Ready to Use Therapeutic Food (RUTF) to CMAM sites.

According to him, RUTF is an energy dense, micronutrient enhanced paste used in therapeutic feeding and that RUTF contained vitamin and mineral supplements which provide all the nutrients required for recovery.

Consequently, he said the state government under the leadership of Governor Aminu Bello Masari had been providing an average of 250 cartons of Ready to Use Therapeutic Food monthly given to children with acute malnutrition brought to the centre.

Sani added that 15 local government areas in the state have also joined the state government in tackling malnutrition by contributing monthly stipends of N3, 750,000 to purchase water and sanitary items used at their various centres for the management of acute malnutrition.

Each council, according to the nutrition officer, contributes N250,000 monthly, which is used for the purchase of the items needed by children with acute malnutrition at the CMAM sites in the state. The LGAs are Zango, Daura, Kaita, Dutse, Jibia, Danmusa, Batsari, Ingawa, Sandamu, Baure, Mashi, Mani, Bakori, Mai’adua and Bindawa.

Aside government’s interventions, philanthropists, non-governmental organizations, civil society organizations, and community leaders have made significant efforts in averting the deadly disease through donations as buttressed by Mamman Sani.

He explained thus, “The district head for Mani Local Government recently led other opinion leaders in the council to donate farm produce including millets and groundnuts which were used to produce Gari Lafia that mothers can give to their children to prevent malnutrition.

“We gave the Gari Lafia to virtually all the mothers who are attending our centres who subsequently gave it to their children. We shall remain grateful for this.

“We, on our part, have also encouraged mothers to have small gardens where they could grow vegetables, tomatoes and all the farm produce that can serve as good food supplement to tackle malnutrition”.

Against this backdrop, there has been a clarion call on the state government and other key players in the health sector to frontally address the problem of malnutrition in Katsina state with a view to finding lasting solution to it.

Stakeholders in the health sector have at different fora harped on the need for government at all levels to prioritize malnutrition by embarking on a massive sensitization and awareness creation campaign on its dangers and how to redressing it.

For instance, stakeholders during a community dialogue on the necessity of routine Iron Folate Acid (IFAD) supplementation during pregnancy, organised by the Civil Society-Scaling Up Nutrition in Nigeria (CS-SUNN), demands for increased budgetary provisions, improved synergy amongst stakeholders in the health sector as well as the establishment of public-private initiatives targeted at ensuring better nutrition for malnourished children in the state.

Other basic remedial measures such as exploring cheaper sources of protein available, child spacing and breast feeding in line with the recommendations of the World Health Organisation (WHO), were equally proffered as a panacea for reducing malnutrition in Katsina by the stakeholders during the two-day meeting.

The policymakers also admonished nursing mothers to give their babies exclusive breast feeding for the first six months of life and supplementary breastfeeding for additional 24 months in order to keep them healthy and gain natural immunity against child malnutrition and its debilitating consequences.