The ‘cut and join’ carpenter is an ever-present metaphor of every instance of atrocious tinkering with most things that matter to us. It is ultimately a curiosity that reflects our national penchant for ad hoc solutions, short cuts, shoddiness and a general distaste for rigour even in important things. In street parlance, we are talking of the ‘any how’ and ‘anything goes’ syndrome in our national culture. After all, this is Nigeria, we casually declare, while expecting the same results as other nations who have done their homework. We even expect the rest of the world to lower standards, bend established rules to accommodate our untidy manners and even clap for us for ‘trying’. So, the ‘cut and join’ politician, judge or legislator etc. fall in line with their shoddy artisanal compatriots as typically Nigerian creatures.

On the current public and private quarrels with President Buhari’s cabinet nominations and their microwave Senate confirmations, we all-President, parliament, the commentariat and plain citizens out there- have displayed our trade mark lack of method.

When pressed from all corners to name his cabinet, the president casually added the category of ‘persons known to me’ to the list of qualifications to become a minister. Mr. President went even further as usual. He has insisted on not attaching portfolios to the list of nominees probably to frustrate desperate last minute lobbyists and hustlers on the prowl for ‘juicy’ ministries. This is after an impressive two-month delay in coming up with a cabinet list. Check what happened elsewhere: Emmanual Macron had a cabinet in 48 hours after inauguration; Modi of India took less than 36 hours; Boris Johnson had his 24 hours after inauguration!.

On its part, our public carefully scrutinized and scanned the list of nominees in search of their friends and favourites. If they found none, they ruled it a bad list. On its part, the Senate freshly minted from an arguably ugly election and eager to settle into the gravy train of over paid indolence hurriedly rubber- stamped the entire list as ‘confirmed’. In any event, there were no portfolios or specializations attached. So, no need for the Senate to go beyond general knowledge, basic literacy questions and uneducated jokes to proceed to the ubiquitous chorus of ‘bow and go’! Thereafter, the ‘distinguished senators’ (only in Nigeria do they insist on this ‘distinguished’ label!) quickly placed a ‘Don’t Disturb’ sign on the entrance door of the Senate chamber and hurried home on a deserved vacation after barely a week of very ‘hard work’.

While we await the ritual swearing in of the honourable ministers, our expectations need to be grounded and tempered by the anomalies of this selection. Some have pointed at the possible culpability of a good number of the new ministers for infractions ranging from wife beating to industrial scale corruption. Others have questioned the competence and basic capacity of some nominees. Even a few have observed the paucity of female and youth representatives as a function of their demographic strength. There is the equally important matter of the relative anonymity of the less known quantities among the new entrants.

I want to compliment the president on the reappointment of a few good men from among his first term ministers. Quite a handful of them did their best in the circumstances and deserved a second outing especially in cases where the ministers were superintending major infrastructure and policy projects that require steady hands and understandable continuity. Of course, the president has a right to nominate whoever he likes to his cabinet as a minimum constitutional entitlement. But that right needs to be conditioned by the gravity of our national problems and the expanse of human capital at his disposal.

However, what the president cannot easily escape is the charge that nearly eighty percent of the entire new cabinet consists of political actors, some with unprintable past records as either state governors or federal officials. And this is where the president’s crisis of mission begins and might come to a crashing end. There is everything in the character and content of this new cabinet to undo the myths that powered Buhari’s return to power as an elected president.

The political confusion around the new cabinet is rooted in a fundamental conceptual muddle. The point that has not been sufficiently made is perhaps that Mr. President has given the nation a parliamentary type cabinet to run a presidential system of government. Let me explain.

In a British type parliamentary democracy, the Prime Minister selects his ministers mostly from among members of his political party especially Members of Parliament and other known party faithfuls in a manner that reflects the diversity of the nation. The primary object is to expand the political coast of the ruling party or coalition as the case may be. In this regard, the ministers have a sort of dual mandate: to deliver on the promises of the Prime Minister and his party to ensure re-election and general public acceptability and approval. The second mandate is to safeguard the political supremacy of the ruling party by touching base with their constituencies and keeping an eye on party followership by keeping the interests of the party alive in debates in parliament.

On the other hand, the criteria for cabinet appointments in a US-type presidential system is a combination of requisite qualification and proven competence, not necessarily party loyalty, membership or even sympathy. In that system, the president is both ceremonial sovereign and chief executive of a mega multinational called a nation. His election is more like an endorsement at an elective periodic general meeting of citizens as stakeholders in the national enterprise. Once elected, the president, while flying the flag of his party, is chief executive employee of every citizen.

He is allowed by the constitution to scout the length and breadth of the nation for the best possible hands to help him drive the business of government in the best possible way for the greatest benefit of all. He is the president of all, not of his party or those who gave him 95% of the winning vote and the dissenting patriots who gave him a mere 5% of those votes. The republican ethos that undergirds liberal presidential democracy emphasizes equality of all citizens to entitlements and expectations irrespective of their rightfully expressed political preferences.

Therefore, the presidential system which we have cloned expects the president to populate his cabinet with the best hands comprising of technocrats, pragmatic intellectuals, proven and tested business drivers, experienced bureaucrats, promising youth, women of substance, etc. The unifying mantra is delivery of the best governance for the benefit of all, not politics at all costs in the interest of the ruling party. Given the heights to which Nigerians at home and abroad have risen in the present world, Nigerians have a right to expect that the president should have reached out to get the best hands to rescue a nation that is in desperate need of competent hands in its public affairs.

Against this background, President Buhari’s cabinet proposal fails on many scores. First, there are too many ugly politicians in the list. There is nothing in Nigeria’s political history that guarantees that these big politicians and ex-governors will not devote most of their time and public resources to untidy politicking at their home bases. Going by past history, these new politician ministers are going to play in the mold of ‘Abuja politicians’ who will from day one be pitted against their home based politicians. In a nation with a long tradition of politics as warfare, Mr. Buhari has just multiplied the theatres of political warfare in the country by the number of devout politicians in his new cabinet. The predictable outcome is of course increased political tension and instability in the states. One unsavoury collateral effect will be an upsurge in the spate of violence and insecurity currently on display as political thugs brace for war in as many states as we can imagine in the count down to 2023.

This outcome may not be unintended. It may well be part of an APC grand strategy to retain power in the post Buhari era. It may well be that the president, sensing the inbuilt weaknesses of his party without his cultic presence, wants to multiply the centers of pro-APC political activism all over the country to counter the increasing influence of the opposition. It may well be that these politician ministers will be handed the mandate of delivering or ‘capturing’ their home states from their vantage positions in Abuja in the count down to 2023.

In all of this, one thing that matters to everyone will suffer a devastating blow. Governance is likely to be sacrificed on the altar of politics. As yet, not too many people can attest to the technocratic competence of a good number of the new ministers. Some of the ex-governor new ministers have a record of having run their respective states aground, sacked their treasuries or burdened them with mountains of unpaid salaries, pensions and myriad other debts. There is therefore no guarantee that they will run their respective ministries differently in a nation that has one of the most disgraceful public service records in the world.

Nor can we diminish the import of the moral credentials of some of the new men and women of power. The EFCC files are full of data on either ongoing investigations or live cases at various levels of prosecution against a good number of the confirmed ministers. If we were recruiting leaders for a gangster collective, some of the president’s nominations may likely make more sense. But as responsible ministers in the government of a president who has repeatedly paraded himself as the prime mascot of anti corruption, this cabinet is likely to leave the general populace a bit confused and even perplexed. It is quite possible that under pressure to please his party chieftains, the president may have opted to shelve his anti-corruption project. Conversely, he may have opted to fight corruption with the help of some masters of the game! Either way, the political content of this cabinet is an unfortunate devaluation of the moral import of the Buhari presidency and even the raison d’etre of his return to power.

Therefore, vastly devoid of serious competence and credibility, the new cabinet does not promise much for Nigerians on the road ahead. Instead, there will be high political drama and showmanship with little value in terms of policy inputs and execution of programmes and projects. It would seem that Mr. Buhari has narrowed his priority to his own succession and the exploits of the political gladiators that he has positioned to distract the nation with their impending fiery contestations. 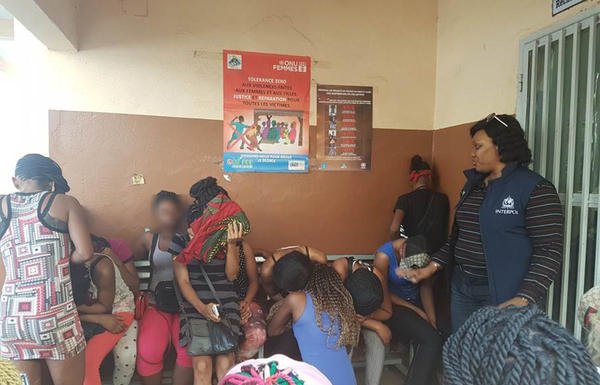