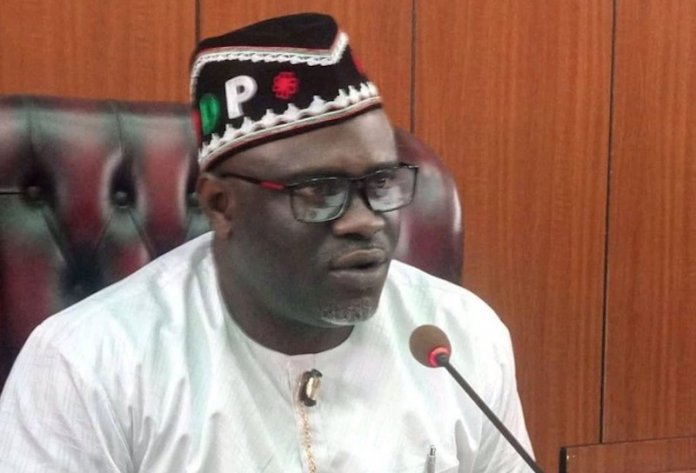 The Speaker of Akwa Ibom State House of Assembly, Hon. Aniekan Bassey, has called on the federal government to tackle the deteriorating power supply in the country to boost economic development.

He said the major factor affecting economic growth in the country was lack of steady power supply, which he said has caused almost all the companies operating in the country to quit.

The Speaker, who made the call while addressing a cross section of businessmen from Niger Delta region in Uyo, Akwa Ibom State capital, linked the derailing state of Nigeria’s economy to lack of sensitive indices in the country.

Bassey noted that companies like Michelin and Dunlop, two tyre producing companies, quit Nigeria because of lack of steady power supply which “is instrumental to aid economic growth.”

The lawmaker further listed identified economic indices which he said caused stagnation to the growth of the country to include maternal mortality, infant mortality, lack of human development index, lack of ease of doing business, lack of foreign direct investment and job
creation.

If these indices were put in place, coupled with steady power supply, he said Nigeria would witness speedy economic development and growth.

The Speaker also said lack of functional refinery was another strong factor contributing to the slow pace of the country’s economic growth, noting that when the Kaduna refinery was functioning, Nigerians did not experience hardship emanating from perpetual increase in fuel price.

He mentioned the closure of the Nigerian Newsprint Manufacturing Company (NNMC) in Akwa Ibom State and other companies in the country as some of the factors affecting Nigeria’s economy, stressing that if the federal government could resuscitate or build new refineries for the production of gas as well as other ailing companies in the country, the issue of unemployment would be put to rest.

Bassey, who specifically stressed the need for the federal government to put more effort on the power sector to ensure steady power supply that would enhance economic growth, said investors would be interested to invest in the country, thereby creating employment opportunities for Nigerian youths.

According to him, the reason developed countries such as the United States of America excel economically is because of steady power “which aids investment and in turn, creates employment opportunities for the people.”