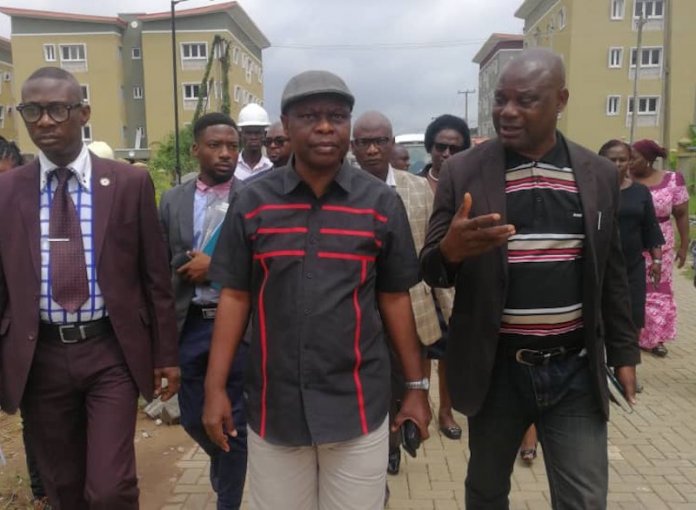 Lagos State Government has said it would fully implement its policy of engaging facility managers for the maintenance of pubic estates.

Permanent Secretary of the Lagos state Ministry of Housing, Mr. Wasiu Akewusola, at a meeting with representatives of government-owned housing estates, said “Lagos state government is committed to promoting a conducive, decent and healthy environment in the estates, hence the policy of appointment of facility managers will be fully implemented by the state.”

The Permanent Secretary disclosed that the facility managers would undertake arrangements for security personnel, refuse disposal, street lighting and cleaning and sanitation of common facilities and would liaise regularly with the government on the state of the facilities.

Akewusola said “Facility management is critical in ensuring that the infrastructural facilities in the estates work perfectly and constantly; and that information that is required for prompt intervention is promptly received by government.”

The Permanent Secretary, represented by the Director of Estates, Mrs. Olayinka Patun-Ola Ajayi, said engaging facility managers would not erode the powers of the executives of the residents’ associations, rather it would complement their efforts in promoting the interests of their members.

According to her “service level agreements based on the services to be provided will be prepared by the representatives of the housing estates.”

She assured them that the facility managers to be engaged are competent and experienced in taking care of facilities, hence will reduce the problem of maintenance.

“This policy, which was laid down several years ago, was initiated to curb the culture of neglect of common facilities and reduce rate of depreciation of many of the government owned housing estates,” she said.

In response, the representatives of the housing estates requested fair consideration of their rights and privileges in the choice of facility managers, sought prompt governmental interventions in providing solutions to their infrastructural challenges while pledging to support the state in ensuring that the government owned estates are functional and habitable.