From its monthly operations and financial reports, the Nigerian National Petroleum Corporation has identified that over the last one year, its financial losses mostly came from its refineries and its corporate headquarters, writes Chineme Okafor.

The Nigerian National Petroleum Corporation (NNPC) recently disclosed in its monthly financial and operations report that its refineries in Port Harcourt, Warri and Kaduna have operated as huge liabilities on it in the last one year.

In the report which had details of its business activities between May 2018 and May 2019, the corporation explained that they largely operated below capacity, and collectively recorded a deficit of N158.8 billion.

Apart from the refineries, the NNPC equally noted that the expenditure at its corporate headquarters (CHQ) – perhaps for personnel and other cost, was equally a loss-making point in its financial book, with a total of N928.03 billion spent in nine of the 12 months of the accounting year.

Presenting the figures, it noted for example, that in May 2018, the three refineries produced 214,328 metric tonnes (MT) of finished petroleum products and 131,810MT of intermediate products out of the 378,634MT of crude they processed.

According to the report, the reported increase in operational performance of the refineries in May 2018, was due to an ongoing effort to further enhance their capacity utilisation.

However, the increase in capacity utilisation did not result in improved commercial value for the corporation from the refineries as it reportedly stated that they recorded huge deficits.

“The combined value of output by the three refineries (at import parity price) for the month of May 2018 amounted to N58.28 billion while the associated crude plus freight costs and operational expenses were N64.86 billion and N13.5 billion respectively.

This resulted to an operating deficit of N20.09 billion by the refineries,” the corporation said in one of the reports obtained by THISDAY.

More Details on the Refineries
To clarify how its refineries had operated in the last couple of years, the NNPC stated that it had since January 2017, adopted a ‘Merchant Plant Refineries Business Model’ which takes cognisance of the products worth and crude oil costs.

Industry experts who spoke to THISDAY, indicated that opting for such a model, as against a ‘tolling model,’ which was previously operated, the NNPC may have passed the custody of the crude oil processed to the refineries, and thus mandated them to bear the cost of product losses.
These experts noted that with the dumped ‘tolling model’ the refineries acted more as service providers who collected tolling fees, but were never responsible for product losses.

They rather left custody of the crude they processed to either the federation or NNPC’s upstream subsidiary, the Nigerian Petroleum Development Company (NPDC).
This, according to them perhaps explained why the efficiency levels of the refineries are now captured succinctly and the values they bring to the corporation observed in such intervals.

Furthermore, on the economics of the refineries, the NNPC disclosed that in June 2018, its three refineries got 376,185MT of crude oil from it, but were able to produce 272,930MT of finished petroleum products and 54,984MT of intermediate products.
They maintained a combined capacity utilisation of 20.66 per cent when compared to 20.12 per cent which was recorded in May 2018.

Nevertheless, they failed to give it any profit because the combined value of output they gave at import parity price for the month amounted to N59.53 billion, while the associated crude plus freight costs and operational expenses were N64.10 billion and N9.94 billion respectively.
This, therefore, meant that an operating deficit of N14.51 billion was reportedly recorded by the refineries in June 2018.

According to the corporation, their poor operational showing did not stop in June, but rather continued in July, August, September, October, November, and December 2018.
It stated that in July, only Warri and Port Harcourt refineries produced 90,872MT of finished petroleum products and 49,350MT of intermediate products out of the 90,872MT of crude processed.

Their combined capacity utilisation however, dropped from 20.66 per cent that it was in June to 4.83 per cent in July.
The lower operational performance recorded, it added, was due to an ongoing revamp on them, yet their combined output value at import parity price for July 2018 amounted to N13.78 billion, while associated crude plus freight costs and operational expenses were N15.64 billion and N8.59 billion respectively, thus leaving them with an operating deficit of N10.45 billion.

In August, it explained that Warri and Port Harcourt again produced 53,881MT of finished petroleum products and 8,017MT of intermediate products out of the 56,804MT of crude processed, adding that their combined capacity utilisation further dropped to 3.02 per cent from 4.83 per cent.

“The combined value of output by the three refineries (at import parity price) for the month of August 2018 amounted to N8.67 billion while the associated crude plus freight costs and operational expenses were N9.78 billion and N9.68 billion respectively. This resulted to an operating deficit of N10.79billion by the refineries,” NNPC stated.

Similarly, in September, October, November and December of 2018, the corporation stated that the refineries posted operational deficits of N6.97 billion, N9.33 billion, N9.59 billion, and N17.32 billion to close the year in a loss-making note.

“For the month of October 2018, only WRPC and KRPC produced 3,513MT of finished petroleum products and 12,778MT of intermediate products out of the 3,513MT of crude processed at zero combined capacity utilisation.

“For the month of November 2018, only WRPC and KRPC produced 15,265MT of finished petroleum products and 25,292MT of intermediate products out of the 12,198MT of crude processed at 0.67 per cent combined capacity utilisation.

“For the month of December 2018, WRPC and PHRC produced 27,486MT of finished petroleum products and while the three refineries produced 4,784MT of intermediate products out of the 67,139MT of crude processed at 3.57 per cent combined capacity utilisation.”

From its May 2019 report, the corporation further showed that between January and May, the refineries capacity utilisation did not improve much as they collectively did 5.55 per cent, 13.18 per cent, 3.17 per cent, zero and 1.75 per cent respectively.

CHQ Expenses
Just like the refineries, the corporation also indicated that expenditure on it CHQ was huge on its book, and as observed by THISDAY, it moved from N60.109 billion in May 2018, to N77.473 billion in June of the same year and then up again to N90.231 billion in July before hitting N101.337 billion in August 2018.

Furthermore, in September, the NNPC reportedly recorded N112.134 billion in September 2018, on it CHQ expenditure. This moved up to N120.809 billion in October, N138.064 billion in November and then N158.644 billion in December 2018.
Records for the January, February, and March 2019 activities of the CHQ were not posted by the corporation but in the May 2019 report, it stated that deficits of N75.650 billion and N67.229 billion were recorded for April and May respectively.

Termed ‘TAPE’ – Transparency, Accountability and Performance Excellence, Mele Kyari, explained that the NNPC would going forward, keep a positive image, and share values of integrity and transparency with all its stakeholders, in its desire to keep its operations open to all.

He also indicated that compliance with business ethics, policies, regulations would be embraced by the corporation as part of its accountability to all its stakeholders, while a high-level efficiency metrics would be implemented in its business processes including in rewards for great workforce performance.

Technology and innovation, he added would also be comprehensively integrated in the businesses of the corporation, to chiefly improve efficiency, while the capacities of its refineries would be upgraded through an assertive execution of an ongoing refineries’ rehabilitation exercise until they are completed and Nigeria becomes a net exporter of refined petroleum products. 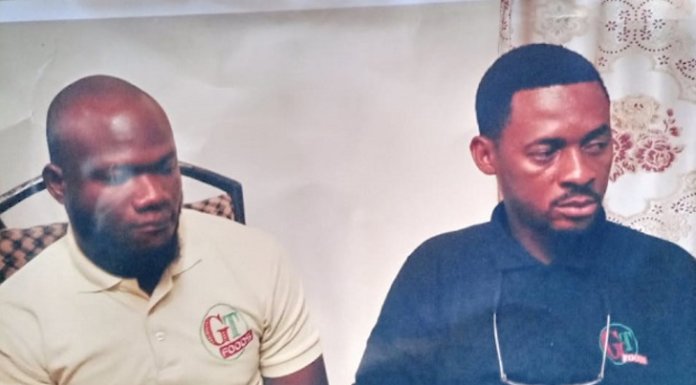