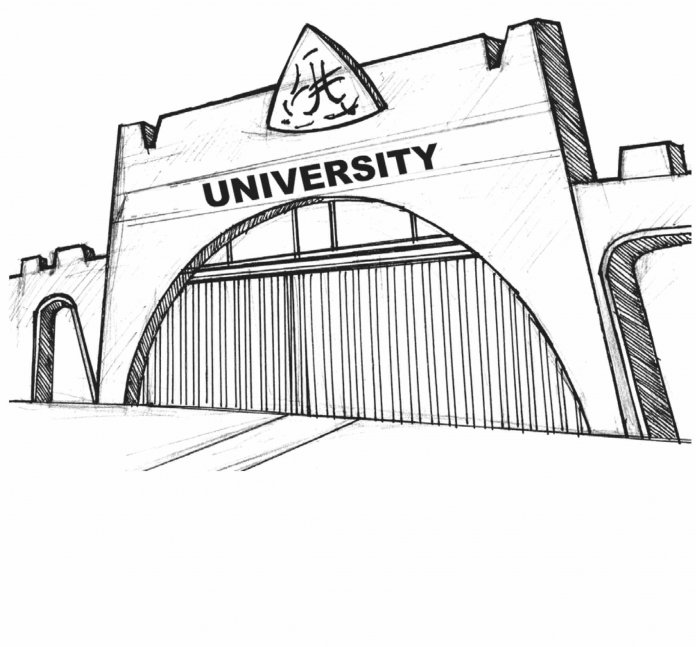 A recent report by a national newspaper on the squalid state of most of the campuses of institutions of higher learning in Nigeria should compel the authorities to action. The report indicates most clearly that the tertiary institutions run by the federal and state governments have become decrepit. Most of the building housing the different faculties and departments are unkempt and ill-maintained. The lecturers’ quarters in most of them are worn out due to lack of repair. Lacking water and basic hygiene, the hostels where the young men and women are sheltered are unfit for human habitation.

There are several reasons for this problem, but ironically some are inflicted by the government. The growth trend in the universities is expansive instead of developmental. Over the years, there has been a proliferation of institutions of higher learning without the backing of adequate resources to meet the needs of the students and indeed the university communities.  While we call on the Alumni associations of these institutions and other public-spirited people in the private sector to rally and come to the urgent assistance of the tertiary institutions in Nigeria, the problem must be tackled holistically. The main thrust of the physical decay of these institutions is first the calibre of administrators that supervise this decay. There is of course the central question of what quality of minds will emerge from these squalid environments.

In most of the campuses, the toilets are not in order and where they are, water is not available. The rooms are overcrowded and there are no basic facilities. During rainy season, many of the roofs leak badly without any response from the authorities. On one campus, according to the report, “the hostels, which are located at the end of the administrative and lecture blocks, are surrounded by bushes while the forecourt of the two hostels is water-logged. It was observed that the paint on the buildings had faded, the walls cracked and the windows as well as sliding doors were half eaten by termites.” In another, armed robbers had, three weeks ago, attacked the female hostel and carted away students’ belongings.

As a nation, we seem to like building large structures without the least care about how they will be maintained in the future. Also, every university is a municipality. Without an active real-time maintenance department, every municipality goes into disrepair and becomes a nightmare. That is how slums and ghettoes are born. The danger of such dark places is that they tend to breed murky characters and nasty ways. Perhaps it is time for an independent maintenance audit of our public buildings, especially the federal and state universities. The result is likely to be a monumental scandal.

A certain lack of creativity is a hallmark of the new breed of vice chancellors of universities and rectors of the polytechnics. Many of them are more of contractors and politicians than decent academic leaders and managers of scarce resources. One way in which universities can manage their maintenance and general management services would be to create student work/study programmes in which interested students get hourly paid employment to be part of these services. That way, they earn income while being a part of the upkeep of campus municipal services. This would of course be only complementary to the compulsory presence of well-equipped maintenance and parks and gardens units in each university.

Perhaps in addition to all these, the rudiments of decent living and healthy environmental habits should form part of the general studies in our institutions of higher learning to stem the current tide of a national elite that mostly lacks environmental decency.