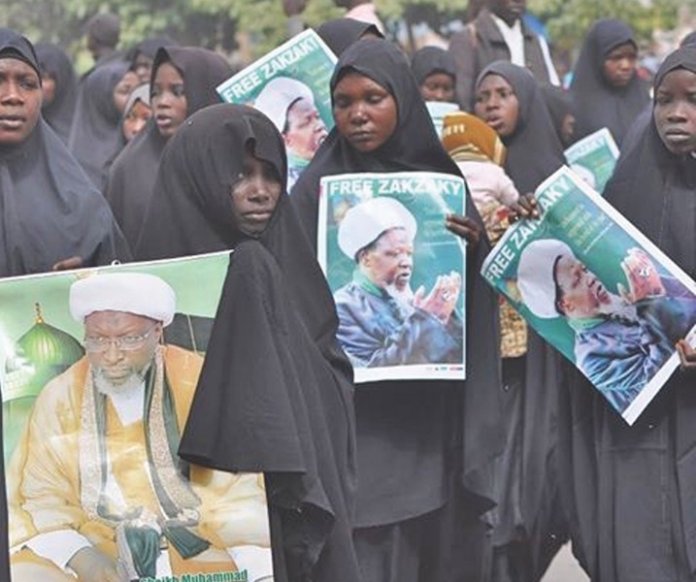 Banning and designating the Islamic Movement in Nigeria, as a terrorist organisation may not be the solution to the challenge it poses, writes Olawale Olaleye

For the now, the federal government is still savouring some momentary respite from the menace the activities of the Islamic Movement in Nigeria (IMN) pose to the collective wellbeing of the nation. But for all it cares, the current peace might be of the graveyard and perhaps, fleeting.

That there is no crisis at the moment is not indicative of genuine peace. The only factor that guarantees that is justice. But if you’d ask, has justice been served in the matter involving the Shi’ites with respect to their demand for the release of their leader, Ibrahim Ek-Zakzaky? The answer is no!

Obviously not ready to dialogue with the group even when it was clear they might have been left with no option but to resort to self-help, the federal government approached the court and asked it to proscribe as well as designate the group a terrorist organisation.
Justice Nkeonye Maha of the Federal High Court, had following an ex parte application by the federal government, granted the order to proscribe the Shia Movement and also went ahead to designate it a terrorist organisation.

Days after the order was granted, the federal government formally pronounced Shi’ites movement as a terrorist group, while asking it to legitimately seek the release of its leader as against its frequent protests, which often turned violent.
Since the development, however, different people had come up with different theories and possible implications of the action of the federal government on the security of the nation especially given the role the activities of the Shi’ites play on the escalating insecurity in the land.

While some people had argued that the move was designed by the federal government to permanently silence the group from either asking for the release of its leader or confronting it, there were those who held the opinion that the order was also needed to legitimize more killings of members of the group since any of their activities would be deemed an act of terror.
But the downside to this is that for an otherwise educated religious group, which is given to planning, organisation and clinical details, the move could have done nothing but compound the security situation in the country.

This is because by reason of being designated a terrorist group, members of the Shia Movement would naturally be forced to beat a retreat and resort to guerrilla tactics in dealing with the government. Should this happen, then, the security agencies in the country would be in for more trouble, because they would never see them coming.
And by forcing the group to the underground, the government is experimentally walled off every opportunity to be in the know of happenings around it, which of course explains why government could not win the race through advocacy or dialogue, not even with its seemingly poor intelligence gathering.

The essence of a dialogue and especially the place of the rule of law in what is currently happening with the Shi’ites debacle cannot be over-emphasised otherwise no one can truly predict what is to come next with a people that are inconsolably daring and resolute about getting justice either by hook or crook.
It would have been explicable to opt for dialogue the moment the government chose to let the rule of law assert itself. But to forcibly kick both options on the ground and now itching to go all out in the name of designating them a terrorist group is neither a win-win nor a win-lose for the government.

There is no way anyone could defend the otherwise irreverent nature of the Shia sect especially on account of some of the testimonies of people, who live with and around them in Kaduna. That, however, does not pass two wrongs as right. On the contrary, the handling of this matter has put the government on the bad spot.
Let it be sounded and very clearly that the designation of the Shia Movement as a terrorist group is rather a highway to nowhere, which if not managed properly could mark the start of another crisis that would be the least expected in the estimation of government and its security agencies.

At the stage it is now, government can still manage the situation by deploring maturity to play, allowing the law play its full and uninterrupted role and of course, not compromising its sovereignty to the irreverence of a mere religious group.
Circumspection and wisdom are germane to what would ultimately become of the situation with the Shi’ites. Government can still whip them in line, not by bullying them but enforcing the laws of the land. Therefore, the peace everyone desperately seeks is realisable only through the force of law and justice.

The road to actually recreating another terrorist group is very likely with the way and manner government appears to be forcing the hands of the Islamic group, which unfortunately has strong ties with some foreign countries.
There are too many challenges on the plate of the federal government than to allow a religious group drag it into a seemingly endless mess. Nothing shows that the current step could stop the tide and potential explosion except sincere justice and not the orchestrated one, is served.