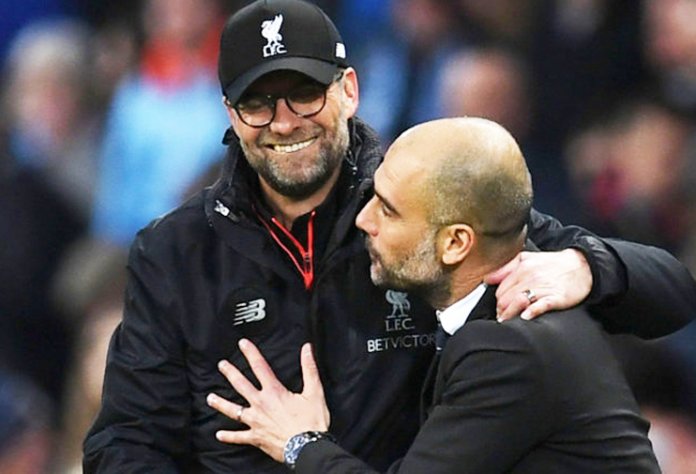 Liverpool and Manchester City go head to head in the Community Shield today, with both teams keen to strike the first blow of the new season.

City and Liverpool contested one of the tightest title races in Premier League history last season, finishing on 98 and 97 points respectively. Pep Guardiola’s side claimed a clean sweep of domestic trophies, with Jurgen Klopp’s men clinching Champions League glory over Tottenham in Madrid.

Their rivalry is not yet at Manchester United-Arsenal 1996-2005 levels, but it certainly adds an extra layer of intrigue to today’s encounter.

The rivalry exploded into life during the 2017/18 season – when the two sides played out four thrilling encounters in the Premier League and Champions League – and intensified during last season’s title race.

There is also fierce personal competition between the managers, who previously locked horns with Borussia Dortmund and Bayern Munich in Germany.

For the most part, however, and unlike Sir Alex Ferguson and Arsene Wenger, Klopp and Guardiola have paid each other compliments.

Guardiola has repeatedly praised Klopp’s Liverpool, saying they pushed City to new heights last season, while Klopp revealed he shared an amicable phone conversation with Guardiola after Liverpool’s Champions League final win over Tottenham in June. “We promised each other that we will kick each other’s butts again next season,” he said.

However, Klopp’s recent comments on City’s spending certainly irked Guardiola. The German said Liverpool can’t afford to spend like their rivals because they do not live in a “fantasia land where you get whatever you want”, with Guardiola admitting he was “bothered” by the claim. “Of course I don’t like it because it’s not true,” he said.

A feisty encounter at Wembley today could set the tone for the season ahead.