President Muhammadu Buhari recently unveiled his new cabinet. As usual, the action was greeted with mixed reactions. Whilst a fraction gave commendation particularly for its right timing, others carped, claiming the list neither met their expectations nor reflected optimism chiefly for retaining some members of his earlier cabinet with only few fresh names from his party.

Incidentally, appointment of ministers is an exclusive duty of the president albeit subject to confirmation by the Senate as provided in Section 147(2) of the 1999 Constitution as amended. However, the president can only have a productive administration with a proficient teamthat shares his vision. Thus, competence cannot be overemphasized. Nonetheless, competence is not one and only factor as unity of purpose is requisite.

But by the way, why does a president need ministers and what qualities must be found in a nominee for the position? A nominee for ministerial appointment must, beyond other qualities have managerial capacity to spearhead and coordinate an organization effectively. Possibly, this formed the basis for opting for scores of former governors with good scorecards.

Invariably, coordination and supervision of a ministry including all agencies, parastatals and statutory bodies under it for efficient operations of the president are the essential tasks of ministers. However, these tasks are not easy. In other words, a minister is essentially, the president’s eyes; overseer in a ministry who ensures that all policies of the government are carried out efficiently. A minister is therefore president’s reliable representative that coordinates, supervises all activities in a ministry and reports directly to the president. Apart from managerial skill and competence, trust is indispensable. If not, partisanship could frustrate the administration.

Perceptively, the drafters of the constitution understood that a president may not flow effectively with some ministries vis-à-vis policies of the government if left under the watch of permanent secretaries who may pitch theirtents in another political party. Yes, civil servants are lawfully free to identify with any political party of their choice as provided in Section 40 of the constitution; ruling party or oppositions, as a fundamental right provided it doesn’t interfere with official duties.

Section 40 provides, “Every person shall be entitled to assemble freely and associate with other persons, and in particular he may form or belong to any political party, trade union or any other association for the protection of his interests:” So, imagine a permanent secretary that belongs to an opposition party heading a ministry; certainly, it will be catastrophic in service delivery as partisanship might play out. Thus, office of the minister aptly exists to remedy such scenario.

On appraisal, there is no cause for alarm. The now confirmed nominees’ scorecards convincingly show capacity. Probably, some had expected a number of names from some global institutions like the World Bank, International Monetary Fund (IMF), etc. Admitted, such prospects are not bad ideas. However, the progress made by Buhari’s previous administration deserved acknowledgements, and reengaging most of the teamwork demonstrates the government is principally concerned in service delivery against ‘turn-by-turn sharing of national cake’ that used to be the pattern in the past. And significantly, most of the new ministers are evidently, sufficiently proficient in their respective careers.
Without prejudice, the retained ministers avidly put in their best in the previous administration. Thus, Buhari’s decision acutely reflects astuteness.

On attainment, no one needs to be reminded that by this time during Chief Olusegun Obasanjo’s administration, sadly when public schools were facing continuous strikes, Obasanjo and his vice, Atiku Abubakar were doing competition on who builds the biggest private universities. Yet, every now and then, lengthy open letters are released to disparage the government on how insecurity and other vices thrive in the polity. How wouldn’t the society face such crisis when education wasn’t given its deserved priority by previous governments?

Again, it is noteworthy that since Buhari came on board in 2015, not even one politician including from his ruling party or cabinet has been awarded a national honour as recklessly, lavishly done annually in the past. All these critically attest to a paradigm shift; seriousness and focus of the government to restructure the country for common good and not for frivolities. Even the usual periodic purposeless reshuffle of cabinet merely for compensating politicians is so far, history.

Thus, a benefit of the doubts is judiciously vital. Let criticisms be clothed with value and sense of responsibility. Opposition must not be overstretched to acrimony. Otherwise, even where criticisms are germane, the points may not scale through. Politics therefore should remain intellectual pursuits for power as in other climes.

Optimistically, by will power, teamwork and continuous conscientious actions, next level is feasible. At this juncture, interest must shift to means of engaging over 100,000 fresh graduates that yearly join the existing high percentage of job-seekers in the labour market against few employment opportunities but end up roaming the streets. Possibly, curriculums may be reviewed to take into account skill acquisitions and self-development as remedies. This critically demands brainstorm as panaceato rising security challenges.
––Carl Umegboro, Associate, Chartered Institute of Arbitrators 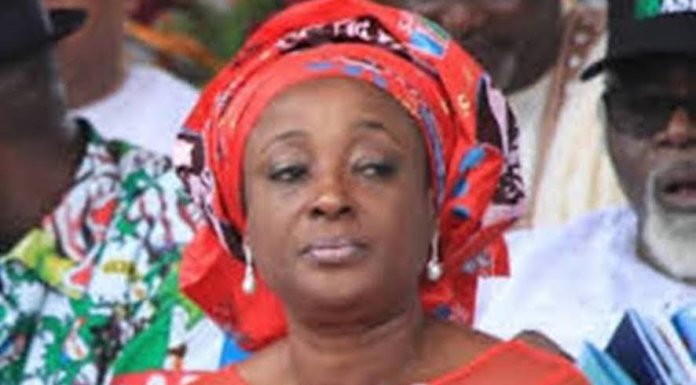