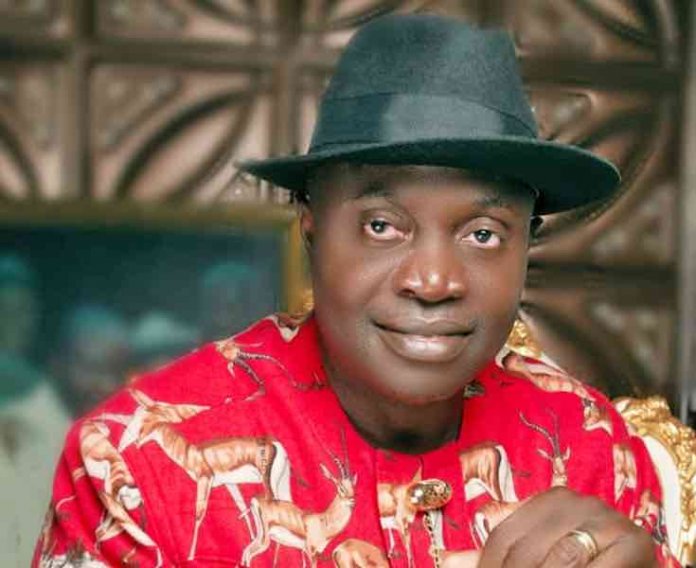 At the last count, 21 aspirants from Peoples Democratic Party (PDP) in Bayelsa had paid the fees for the September 3 primary election of the party and picked forms. This number is not deterring Dr. Nimbofa Ayawei, a former member of the Bayelsa State House of Assembly and Chairman of the state’s Board of Internal Revenue from continuing with his aspiration of winning the PDP ticket. He tells Stanley Nkwazema that he is the most qualified of all the aspirants

21 aspirants have so far collected their forms from PDP. Is this not too long a list?

You are right. As at the last count 16 of us have submitted and paid the fees that follows it. If you look at the profile of all these persons, they are eminently qualified. However, if you look at the trend in the whole world, apart from the recent abrasion by the American President Donald Trump, everything is geared towards a particular generation, the youthful generation. Look at France and so many other countries, they are going below 40. And if you look at the number of persons that have collected the forms so far, only two of us are below 40 years.

Don’t you think that the younger generation often disappoint when they get into government?

Let me tell you that my history will show that I have come a long way. I had my first political appointment when I was about 29 years old in Bayelsa. I became a member of the Bayelsa State Scholarship Board, thereafter, I was appointed into the caretaker committee of my Local Government Area of Koluama in Southern Ijaw. In 2003, I was elected into the state’s House of Assembly, I was about 32 years. I stayed till 2007, and that was the most difficult time in the history of Bayelsa State because my Assembly (the 2003-2007 Set) ended up impeaching the then Governor DSP Alamieseigha of blessed memory. And you could remember that only five of us refused to sign the impeachment papers. Why, because we weren’t convinced of what they were asking us to do at that time. Today, we have come to realize what happened in the country, where members were lodged in hotels in Abuja in the name of pharmaceutical companies, bribed them, promised second tenure and all sort of things. Since the coming of Dickson, I have also been appointed the General Manager of the State’s Housing and Property Development and also, a member of the state Executive Council in charge of the Ministry of Housing and Urban Development. Most recently, I was made the Chairman of the state’s Revenue Board. If you look at my background, I am a chemist and I have been in housing and I am now in Finance. In all of them, I can rightly say that I have excelled. Take for instance my present appointment; I met Bayelsa State Internally Generated Revenue at about N500 Million monthly. I can proudly tell you that we are doing above N1 billion now. That’s what I bring into play and I have knowledge of different areas within the Bayelsa structure that places me at a vintage position. Now, as a taxman, not as a chemist, there are quite a lot of things I would have done differently.

Firstly, after the creation of Bayelsa State in 1996, till this year, there is no road to Brass. For me, it is a pain. If I were not a taxman, I wouldn’t have appreciated the benefit of having a road to Brass which is the head of Swamp operations of Nigeria Agip Oil Company in Nigeria and other companies. Yet, there is no road and therefore, all the big vessels are moored in Port Harcourt. We produce more oil than Rivers state. Our area is the heartland of Agip operations. If all these vessels are Moored in Brass the entire Brass coastline would have been dredged and tank farms would be springing up. This would have had a multiplier effect of developments. Not only to the Island but to Bayelsa State in general

The number of PDP aspirants is on the high side. Why is it so?

You can say that we are paying about N27 million to buy and submit the forms. But you should also realize that in Democracy, everybody is allowed to participate. You can’t stop people from aspiring or contesting for any electable post if you are a card-carrying member of the party. That is democracy in practice. In Kogi State, which incidentally also holds their state gubernatorial election on the November 16, 2019 as stipulated by INEC, I understand that 40 card carrying members of the PDP have also collected and returned same. It shows that people are becoming conscious of their environment and also want to contribute. They don’t want anybody imposed on them and also want to come and exercise their franchise by making themselves available to be elected. I think the number of people reflects democracy itself and I think it is a good thing.

How would you reconcile others if you win?

Government is a very large elephant. There is nobody that can completely have the government to himself. The party constitution is very clear. An election is going to be contested and if you are not the flag bearer in a fair process, you have to support whoever is the flag bearer. The most important thing people want to see in this process is some high degree of transparency, such that everybody, even if you are a loser, you are convinced that the eventually flag bearer is the rightful candidate. Outside that, there are party machineries. For example, in Bayelsa, you have the elders and part of their responsibility is to reconcile the party after the primaries. As a candidate, everybody must have a stake in Bayelsa and that is the only way we can build it together. If all hands are on deck, everybody works together because government is so big that everybody can be accommodated in one form or the other. I honestly think that to reconcile would not be a very big problem because government is large and everybody will have a role to play.

I don’t think that the large number of aspirants will affect the party. It still boils down to the process that will lead to the emergence of the flag bearer. How will people perceive the process? If that is fair to a large degree, then people will accept the outcome and work together. It is now back to the party to get it right without imposing candidates on people. In every election, you see people trying to influence the process. We are even hearing that some people want to move our primary to Port Harcourt which is outside our own state and it is not going to be possible but yet people will want to try all that. But at the end of the day, the process will determine whether there will still be a cohesive party.

What is the way forward?

Transparency in the process and everybody will fall in line. I have given my pledge, no matter what happens I will still be in the party. I have been in the party since creation in 1999 till today. I have never moved anywhere. I am not like those who will jump from one party to the other, coming back, going back and repeating the process all over. I belong to the PDP and I have always remained committed. My message to the Bayelsans and why I think they should give me the ticket is that Nimibofa is young, vibrant a grassroot man and humble. All these are assets I possess and above all I have a listening ear.

Bayelsa is a small state and the whole economy is driven by civil servants. And in the next 20 years, now that I am a tax man, I have realized that the whole oil industry is moving deep into the Atlantic Ocean. Are Bayelsans ready? No. Why are they not ready? Because the requisite training that will lead to employment of our young ones is not here at all. The closest you can get that training is either Ghana or South Africa. Then, if you go further to Sweden, Norway and Singapore. Everyone is moving into the Atlantic Ocean due to security reasons in the oil industry. So, all other fields onshore will now be marginal fields. And if they do, are our people prepared? How many vessel owners are from Bayelsa? Every operation will be done via the vessels. What can the state do to enable our people own vessels? If you don’t have vessels, how can your people be employed? You won’t even know when or where employments are being done. They are either moving from Lagos, Warri or Onne in Rivers state. There is no point where our people can even have access to what is going on in deep sea. We can help partner with our businessmen to help them get vessels and give our children the requisite training, meaning that these children must be moved from the age of sixteen right from secondary school, so their life is all about that. Not the conventional going through the university that will not help you in that industry. That industry is specialized and the training is also specialized. We need to tap into it, if not Bayelsa will be left behind in the next 20 years. We have to get ready. Letting youths know why they have to be ready because we cannot be taking sit-at-home, surveillance contractors. That cannot help our people. We must train our people, we must make sure that at the age of 16, they are sent out of this country to where they can get the requisite knowledge to come and help their people. Because any one child employed in that industry will be able to carry up to six family members and bring them out of poverty. That is the strength of my vision.