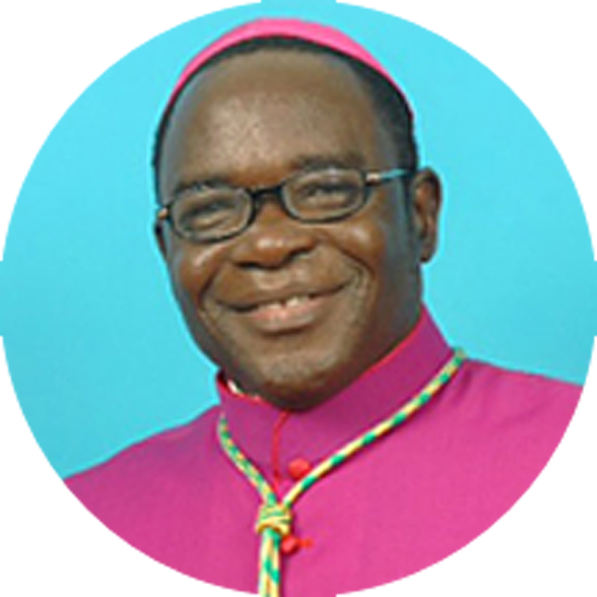 Pharmacist Yusuf Usman was my classmate at L.E.A.1 Primary School Kachia, as it was then called. Unfortunately, since then, our paths never crossed until recently when we met at the famous Arewa House Kaduna. During the meeting, Usman said he had been yearning to meet me as the Permanent Secretary (Cabinet) Mansur Adamu, had told him a lot about me and my writings on the state of Kaduna State. Without much ado, he said: “I have read many of your articles and I will like to introduce you to Mr. Anthony Hassan at the Federal Ministry of Health. He is from Southern Kaduna and passionate about the development of the region.

“Let us combine strength and steel to see what we can do to attract the dividends of democracy for our people against the current culture of opposition and unproductive activism. I am upset about some government policies but I insist that Southern Kaduna cannot remain at the level of opposition; we must participate in governance to enable us have a say on who gets what.”

And on this essential observation on the need to participate on policy making in government specifically through our representatives, I make bold to say that the consequence of doing the contrary is exemplified in the unfiltered noise we today hear against the bill on the regulation of preaching that has recently received a stamp of approval from the Kaduna State House of Assembly. Though, I cherish the intention of the bill, which is aimed at regulating excesses in preaching, I feel that it would have been generally acceptable if members of the state House of Assembly had consulted their constituents on its content and mode of implementation. Therefore, some of us who have a grudge should blame our representatives.

Sorry! Yes I know I deviated. But it was only to make a harmless point that is not out of sync with our discourse. One week after, as they say in Nigerian movies, of my meeting with Usman, I came face to face with Mr. Anthony Hassan. He is a busy man and seemed to have been in a hurry to summarize all our problems in Southern Kaduna politics. At the end, I bequeathed only two things home. One, the need for everyone to do the little he can do in his/her own capacity as if we are our own government; and two, the need to halt ‘unnecessary activism’ and participate in government in order to attract development to our people. Throughout our conversation, Hassan repeatedly decried how we had wasted the last four years in fruitless exercises instead of luring government to the region.

Now that both Usman and Hassan are disturbed about the role of ‘activists’ in our political redemption, I am challenged to reflect on the concept as I see it. Anyone who has come in contact with Binyavanga Wainaina’s ‘How to write About Africa, could also imagine how to be ‘an activist’ in our own setting. In it, Wainana counseled: “Always use the word ‘Africa’ or ‘Darkness’ or ‘Safari’ in your title. Also useful are words such as ‘Guerillas’, ‘Timeless’, ‘Primordial’, and ‘Tribal’.” “In your text”, he added, “treat Africa as if it were one country. It is hot and dusty with rolling grasses and huge herds of animals and tall, thin people who are starving. Or it is hot and steamy with very short people who eat primates.”

While the great writer advised that your characters may include naked warriors, loyal servants, diviners and seers, corrupt politicians, inept polygamous travel- guides and prostitutes you have slept with, he did not keep mute on the added advantage of including the starving African who wanders the refugee camp nearly naked, and waits for the benevolence of the West with her children having flies on their eyelids and pot bellies, and her breast flat and empty as also part of your characters.

Yes, my position on this matter is that Wainana has given us the guidelines to follow especially when we intent to buy the charitable heart of the West. And it must be said here that those who intent to make profit – home and abroad, have been faithful to these guidelines. Check for instance what is happening in both our film and music industries. The themes in especially our movies have always been around magic, corruption, prostitution, ancestral worship and all other themes that present us to the rest of the world as savages. The more Savage the themes appear, the more money they make.

Indeed, what is said of the artistes could equally be said of most ‘activists’. For them, activism means pouring vituperations on government and giving the impression that others who devised nonviolent approaches by participating, lobbying, luring or dialoguing with it are simply betrayals. The more you insult, the more you are praised. And if you are lucky to attract the attention of government, and you are declared wanted, arrested and taken to prison, you will be re-baptized and seen as a miniature Mandela. With this credential, you could test your popularity by seeking the mandate of your people in an election to represent them as one who has demonstrated so much love for them.

Again, pretty girls who gauge your outing as an act of bravado will create a traffic around you. They will also constitute the choir that will sing at your thanksgiving in giving glory to God for saving you from the hangman’s noose.

But to go to prison is like being a Lieutenant General in the army; a rank that will usher you into the club of the most privileged soldiers. This is so because it is not usually easy to attract government attention in order to be arrested and taken to prison as an activist. To paraphrase Wainana, you must always use words and expressions such as ‘ dictators’, ‘ Jibril al Sudan’, Hellrufai, ‘dictators’, ‘ Useless or Failed  government’, as your titles. In your text, you must give the impression that people in your locality get killed or kidnapped because the President or Governor hates you. And in doing this, you must not mention people from other tribes, climes or religion who have a similar experience. Most importantly, in doing this, your characters must include starving women and children from your own tribe or religion who are unable to feed because government is biased, unjustly retrenched workers, out of school children with pictures of their dilapidated schools that have refused to attract government attention because they belong to the wrong tribe or religion. Again, one important thing you must also not forget is your ability to call your kinsmen who have accepted to participate in government all kinds of convoluted names.

Only recently, some ‘Lieutenant Generals’ – the Shehu Sanis, Balarabe Musas, etc, told the world how they were incarcerated as a result of June 12. It should be noted here that while scars of ‘activists’ could be used as objects of negotiation with the state, rights groups and charity organizations around the world are usually attracted by them. Indeed, home and abroad, activists are miniature kings and the validity and effectiveness of their visas lie in the miserableness of their stories. In 2009, I recall Bishop Matthew Kukah telling Professor Bolaji Akinyemi why he has a right to intervene when things go wrong. He said: “Under the military, soldiers told me to mind my business as a priest whenever I criticized them. Some timid politicians, who had run under the table, waiting for the tide to change, occasionally praised me for standing up to power. In exile, as a NADECO man, I recall Professor Akinyemi commending me at a roundtable in London for our efforts at home in sustaining the struggle. While in power, I am happy that some of yesteryear’s victims still tell me to mind my business as a priest when I say things that are seemingly unpleasant.”

While I am not unaware that many will be quick to point at the Kukahs, Sanis, Falanas, etc, as their ancestors in this business, it is important to quickly remind them that the context has drastically changed. While the Kukahs operated during the military, we are now in a democracy where we could change a bad government through our votes, and to contest for our rights in court whenever we feel they are infringed. This is probably why many of Kukah’s fans in those days of military junta feel he has lost his voice with the advent of democracy in 1999. The reason is not farfetched as he had himself said:” With the advent of democracy, not even the church is any longer the voice of the voiceless. People have got their voices which is advocacy and the rule of law.” And this is indeed true because, in a democracy, the responsibility of churches, mosques, civil society groups, etc, is to help the masses of people – especially the gullible,  make the right choices before, during and after electioneering periods. But these choices are not only limited to elections because, putting up the right attitude in your dealings with government is also an essential part of the choices we make in a democracy.

The ball is therefore in the court of fine Southern Kaduna sons and daughters of Anthony Hassan’s stock to lead us in this direction. As Bishop Kukah said in his homily at the funeral of late Governor Patrick Yakowa: “Indeed, for you  the entire people of Southern Kaduna, especially the youth, rise up, fear is dead and it will never rise again. Before Yakowa, you were afraid, you were poor, and felt defeated. Now, after Yakowa, the world is yours to conquer. Rise up, get ready to light your candles because we have seen the light of a star in Kaduna. Go forward and meet up with other young men and women like yourselves. Free yourselves from religious prisons, dream big and beautiful dreams. A wonderful, peaceful, just and non- discriminatory, unselfish world lies ahead of you.”

Yes and yes, we must free ourselves from religious and ethnic prisons, build bridges across divides against the current culture of unnecessary activism devoid of planning. Four years is another long period that we are not disposed to throw to the bin by permanently being on the reeling camp.

––Damina wrote this piece from Kaduna and can be reached via: francisdamina@gmail.com