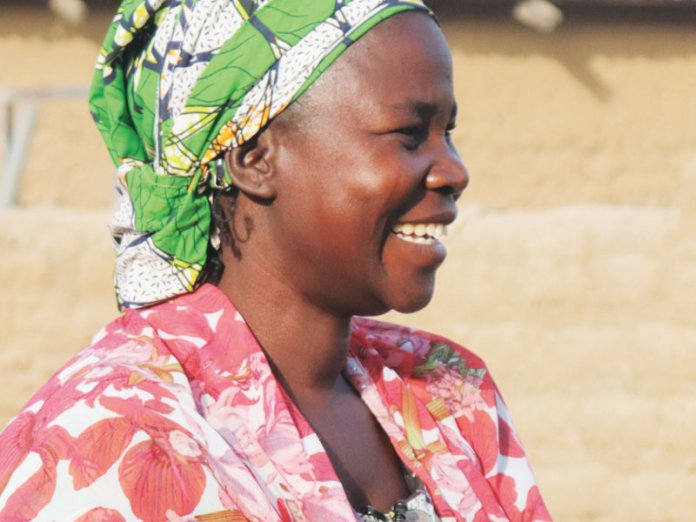 These are indeed exciting times for documentary filmmaker Joel Kachi Benson. His latest virtual reality effort ‘Daughters of Chibok’ that captured the plight of families of the infamous kidnapped Chibok girls will be having its world premiere at the upcoming 76th Venice International Film Festival.

Venice International Film Festival which is the oldest film festival in the world introduced the virtual reality film competition in 2017 to celebrate and recognise films made using Virtual Reality (VR) technology. It is the first A-list film festival to toe in that path. Over 30 immersive stores were selected for In Competition and Out of Competition for this year’s edition. Popularly known as Venice VR, the festival looks at linear and interactive content.

‘Daughters of Chibok’ is competing in the linear content category, among 12 other VR films selected from around the world, and Benson’s film, from Nigeria, is the only VR documentary from the continent. Other countries competing in this category include France, China, Japan, Australia, United Kingdom, USA, Italy, Taiwan and Israel.

The films will be judged by an international jury who will determine the winners for Best VR, Best VR Experience for Interactive Content and Best VR Story for Linear Content awards respectively.

His nomination marked another first for the filmmaker whose passion for virtual reality started in 2018 when he was commissioned to produce a 360 degree video for a client. That project opened his eyes to the potentials of VR as a powerful and reformative tool for storytelling. His first VR film was ‘In Bakassi’, a short film that captures the plight of children living with PTSD in Internally Displaced Persons Camps in the North-east region.

‘Daughters of Chibok’ on the other hand is the first-ever VR film on the 2014 Chibok kidnappings. It centers on Yana Galang, a woman leader in Chibok, whose daughter was among the kidnapped Chibok girls. The 11-minute film mirrors Galang’s pain as she hopefully awaits the return of her daughter. The documentary was first screened to the public on April 14 at selected Lagos Parks and Gardens across the state to commemorate the fifth anniversary of the girls’ abduction. It has since had private screenings at The British Council, Lagos and Ventures Park, Abuja.

The film is a stark reminder that the traumatic events of that fateful night in April 2014 are still fresh, and there are women still waiting for their children to be returned.

Virtual reality is relatively new in the global filmmaking industry. The concept was first introduced in the 80s and 90s with films such as ‘Brainstorm’ and ‘The Lawnmower Man’ that depicted a new type of technology that enabled characters to explore synthetic, simulated worlds through the VR headsets.

However, its application as an alternative way of making film is still very recent. Only few Hollywood Studios have dared to step into the unknown waters. This week, Amazon announced its foray into the VR world. The company stated that its Prime Video App is getting a VR version for some of the world’s most popular headsets, Oculus Go, Oculus Quest and Samsung’s Gear VR. What this means is that Prime Video VR apart from its library of TV shows and movies will also offer “10 handpicked 360° videos at launch and will continue to add VR-specific content,” Oculus said in the announcement.

While the availability of headsets for viewing and distribution channels for VR films is still hindering its growth, a report by Allied Market Research forecast that the global augmented and virtual reality market will reach $571.42 billion by 2025, registering a CAGR of 63.3% from 2018 to 2025. The combined markets generated $11.32 billion in 2017.

In Nigeria, the technology is barely in its teething stage. Which is also a good thing for young filmmakers like Benson who noted that the role of VR in today’s filmmaking cannot be overemphasised.

“I’m excited about the opportunity this gives us to share authentic African stories with the world. VR is an important tool for communication and it is delightful to know that festivals like Venice have the foresight to see its impact on the future of storytelling and are celebrating it.”

“But more importantly,” he added, “We are excited that ‘Daughters of Chibok’ is going to a platform as big as the Venice Film Festival, where the audience can have the opportunity to visit Chibok – a place that many have heard of but have never been to.

To produce ‘Daughters of Chibok’, Benson had to travel to the town of Chibok in North-east Nigeria, an undertaking that came with many challenges. However, through the support of the North-east Humanitarian Innovation Hub, the security and logistical challenges that would have made filming impossible were resolved. The hub, which is domiciled in Yola, Adamawa State, is committed to using technology to address humanitarian issues.

Benson is currently exploring avenues for commercial distribution for the film, and plans to use the proceeds to support the mothers of the girls that are still missing.

“We hope that this film serves as a vehicle to not only transport people to Chibok, but we also want to use it as a means of raising financial assistance to families of victims of the insurgents. It is one thing to lose your child and spend years waiting for her return, and it is another to still be living in abject poverty.

“We must remember that these women have other children to cater for, and when you don’t have the means of taking care of them, that is extra pain. If we can’t bring back their girls now, at least we should be able to do something about their economic situation,” he said.

The 76th Venice International Film Festival will run from August 28 to September 7. The festival is organised by La Biennale di Venezia, and will take place at Venice Lido.