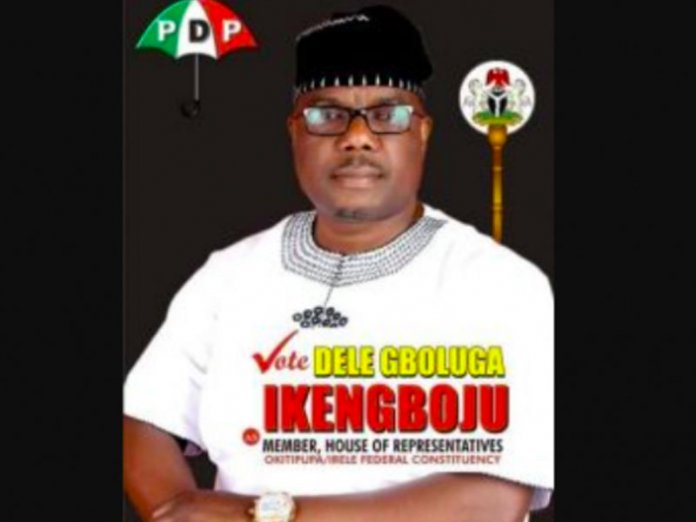 Gboluga is representing Okitipupa/Irele constituency in the House of Representatives.

The court nullified his election for swearing his allegiance to the United Kingdom (UK) having acquired the citizenship of the country.

The court emphasised that he was not eligible to contest for the February 23 National Assembly elections for his allegiance with UK.

The three-man panel headed by Justice Nuhu Adi also declared Albert Akintoye of the All Progressives Congress (APC) winner of the election and ordered the Independent National Electoral Commission (INEC) to issue a Certificate of Return to Akintoye after withdrawing same from Gboluga.

The petitioner wanted the tribunal to declare him winner of the election on the ground that the first respondent, Gboluga, was not validly elected by majority of lawful votes cast.

Besides, he said Gboluga was not eligible to stand for the election having sworn to an oath of allegiance to the United Kingdom as enunciated by section 66 sub-section one of the 1999 constitution.

The tribunal chairman, Justice Nuhu Adi, said evidences of 15 witnesses called by the petitioner, including himself were not sufficient to prove that the grounds of non-compliance with the electoral laws substantially affected the conduct and outcome of the election

Justice Adi also said Gboluga’s counsel did not oppose the evidence tendered by the petitioner that the PDP lawmaker swore to an oath of allegiance to the UK.

He said in line with extant laws, the tribunal was convinced that Gboluga was not eligible to run for the election and therefore, nullified his victory

He, therefore, ordered INEC to issue the petitioner a certificate of return as the first runner up since the votes credited to Gboluga had been a waste.

Akintoye expressed gratitude to the Ondo Elections Petition Tribunal for upholding his prayers to be declared winner of the February 2019 House of Representatives election.

He said his victory showed the rule of law at work and expressed readiness for further actions on the judgment by the respondents.

His counsel, Adamson Adeboro, said the tribunal was right to have upheld their arguments that Gboluga was not eligible to contest having admitted to have swore oath of allegiance to the United Kingdom.

However, the counsel to Gboluga, Olumide Ogunje, said his client would appeal the judgment.

The state chairman of APC, Ade Adetimehin, lauded the tribunal’s judgment and hailed the resilience of Akintoye to reclaim his mandate in court.

He said the victory has swelled the ranks of the APC, particularly in the National Assembly.

Adetimehin appealed to INEC to immediately issue a certificate of return to Akintoye as directed by the tribunal. (NAN)