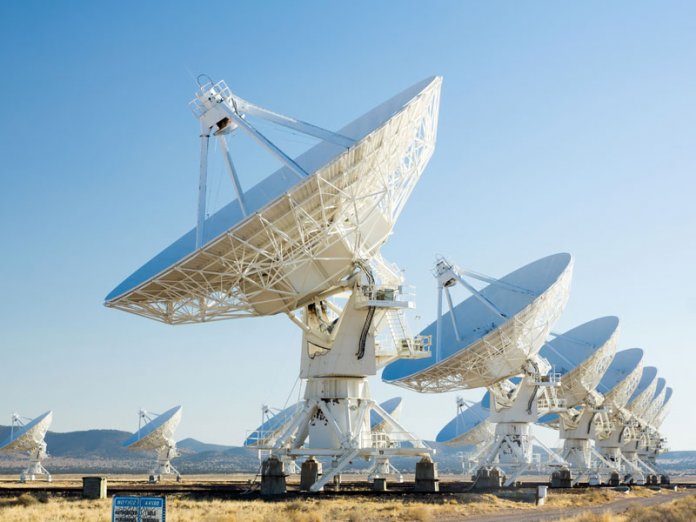 The first type of messages communicated over long distances began when indigenous natives in Africa, Asia and the Americas used fire, drums, horns or smoke signals to send long-distance messages. For instance, talking drums were used by natives in Africa, and smoke signals in North America and China. In Rabbinical Judaism for instance, a signal was given by means of kerchiefs or flags at intervals along the way back to the high priest to indicate the goat “for Azazel” had been pushed from the cliff. Homing pigeons have occasionally been used throughout history by different cultures. As Levi revealed in his 1977 book, the Pigeon, pigeon post had Persian roots, and was later used by the Romans to aid their military.

Greek hydraulic semaphore systems were used as early as the 4th century BC. The hydraulic semaphores, which worked with water filled vessels and visual signals, functioned as optical telegraphs. However, they could only utilize a very limited range of pre-determined messages, and as with all such optical telegraphs could only be deployed during good visibility conditions.

Communication over long distance has taken different forms throughout history and man’s civilisation. The limitation with these techniques is that it is only capable of conveying very limited pre-arranged signals, such as ‘danger’, ‘celebration’ or ‘victory.’ Messages carved on stones, pillars and wood served also as communication means down through the centuries, but they were quite inefficient in communicating across distances.

By the eleventh century, man utilised pigeons as a means of conveying messages and communicating over long distances. In Baghdad, the idea first occurred of making use of certain pigeons as they had the tendency to fly straight home from wherever they may be. The necessity to communicate over long distances fuel man’s resourcefulness, resulting in the invention of the semaphone, a rudimentary telegraph system in the 1790s and its evolvement to other devices.

Consistent along these ages was mans need to improve upon his communication means and as civilisation grew stronger among nations, technological means and methods of communication became possible.
Telecommunications systems in this modern era are best described in terms of a network. This includes the basic elements mentioned above and the infrastructure and controls necessary to support the system. There are six basic components to a telecommunications network.

i. Transmission and reception devices, also called ‘terminals’ – They provide the starting and stopping points of all communication. A good example of a terminal is a telephone.
ii. Telecommunication channels, which transmit and receive data – they include various types of wireless radio frequencies and cables.
iii. Telecommunication processors.
iv. Control software, which is responsible for controlling the functionality and activities of the network.
v. Messages that represent the information that is being transmitted.
vi. Protocols determine how each type of telecommunication systems handle the information being transmitted.

Digital revolution can be summarised into four phases.
Phase 1- (Giant computers): this revolution began in the 1960s, and was formed mainly in the business sector where large corporations would use an entire floor or more a building to house large computational systems which are capable of performing basic analytics.

Phase 2- (Pcs): this phase highlighted the emergence of desktop and personal computer which permitted faster processing. Beginning about two decades later—around the 1980s, with this phase came; lower overhead costs and the concurrent penetration of personal computers which led to the development and spread of enterprise software. This brought about an enormous increase in at-home and at-work productivity across the digital sector.

Phase 3- (Interconnected computers): kicking off in the late to mid-1990s when connectivity and commerce skyrocketed. The birth of the internet completely changed the way people communicated, consumed, and shared information across distances.
By the 2000s the Internet had gone wireless setting the stage for 24/7 connectivity, social media awareness, a shift in the meaning of privacy and the way the public shared information generally.

Phase 4- (The Cloud): fondly referred to as the information age or fourth wave, with advanced analytics, the Internet as a burgeoning reality and big data. This phase of digital revolution has fundamentally changed the way people live, do business, think, and even perceive the world around them.

This revolution has left us with what can be best described as a digital sea, which is actually an aggregate of the phases before it. It is an inescapable Social and Cultural Revolution.

The digital revolution in the 21st century
Accessibility to digital technology advanced rapidly in the second half of the 20th Century, thereby transforming life around the world.

With the presence of interconnected computers through the technology of the internet, the world has never gone smaller.
Digital revolution in the 21st century as allowed room for information sharing and faster networking as well as exposure to both individuals and corporate entities.

Telecommunication as the nerve center in this age
The nerve center can be explained as a group of closely connected nerves that perform a particular function or the control center of an organisation or operation.

The impact of telecommunications can be felt downstream in the hierarchy of every society.
The societal importance of telecommunication can be broadly understood and well accepted, if mirrored in its near-ubiquitous penetration and utilization. Below are some of the key areas of this impact:

iii. Telecommunication also provides vital infrastructure for national security. It is essential to preserve telecommunications capability as it plays a pivotal role in the communication of vital intelligence to ensure continued military superiority.

iv. Telecommunications is also a key enabler of productivity across the economic markets and the society. More businesses have seen this great pool of resourcefulness and have shifted into digitally oriented operations.

v. Telecommunication functions as an integral part of the modern business world. Organizations and companies around the world have utilized this advancement in technology to revolutionize their day-to-day operations. With the help of telecommunication in organisations, it becomes easier for employees working from home or from remote locations to communicate effectively. Telecommunication devices are even used to receive and send messages, access data, participate in conferences, proffer customer care services and work on documents. It has expunged the need for the physical presence of all team in important meetings. In such situation, a teleconference of web conferencing can be planned using the best video conferencing software like ezTalks, and then team members from all over the world can participate in it seamlessly.

vi. Furthermore, the impact of telecommunication can be felt in the learning sector. The earlier schooling meant only attending schools at normal schools’ hours. However, with the development in telecommunication, students enjoy what is known as distance learning or e-learning. This basically helps student further their education in their preferred courses. The merit of this is that Students need not leave city/country to join institutions that offer courses of their choice. This helps them save a lot of money that would otherwise be spent on airfare, hostel rooms, and other charges that would have been expended in attending schools in another state. This online courses is more flexible a it allows students to choose their hours of learning, giving them room to continue with their job and education at the same time.

vii. More so, is a mechanism that can be used by people to access health care without having to travel long distances. People suffering from chronic conditions, who need their vital statistics (like blood pressure and heart rate) to be monitored on a regular basis, can send such details to their doctor without having to visit them physically. Those who are homebound will not have to visit their physician, and instead, their caregiver can monitor their condition and keep the physicians updated. In the health sectors, telecommunication is used to keep a track/record of their patient’s condition regularly.

viii. In the transport sector, it is used to fly and land airplanes, and to manage a fleet of vehicles in passenger transport and freight. With the help of telecommunication, it also has become possible to manage the movement of human traffic.

Conclusively, telecommunication has become the foundational block upon which everything in the society lies, stirring the world and controlling how we receive and respond to information. By having an impact on all spheres of life, telecommunication helps bring big changes to the world. This is in fact why the world is able to develop and grow at such great pace. Telecommunication offers us not only better social awareness but also a better life at large.

As telecommunication keeps on progressing, keeps on growing, human life will also progress, grow, and become a lot easier, a lot better.