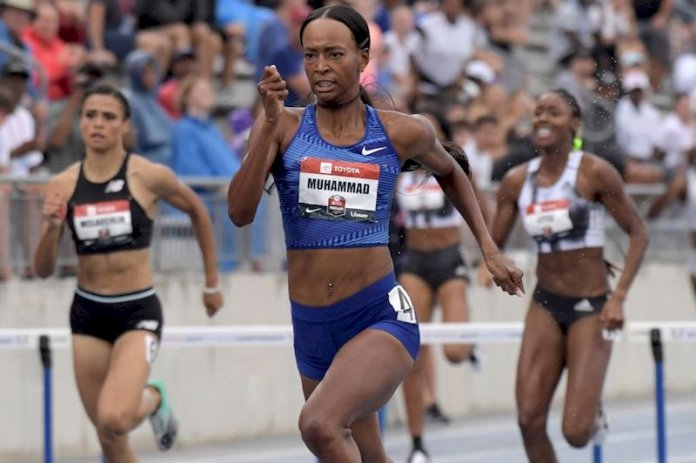 The Olympic champion, drawn in lane four, went out hard and quickly made up the stagger on the athletes outside her, including 2015 world silver medallist Shamier Little and world U20 record-holder Sydney McLaughlin.

Unfazed by the rain, Muhammad had a clear lead as she entered the final straight with Little, McLaughlin and Ashley Spencer locked in a battle for the runner-up spots.

There was no catching Muhammad, though, as she charged through the line in 52.20, taking 0.14 off the previous world record set in 2003 by Yuliya Pechonkina.

McLaughlin finished second in 52.88, just 0.13 shy of her lifetime best, with Spencer finishing strongly to take third place in 53.11, equalling her PB.

“My coach kept telling me it was there,” Muhammad told NBC after the race. “I just had to trust that and go for it. I wanted it so bad, I knew I had to go out there and prove myself.”