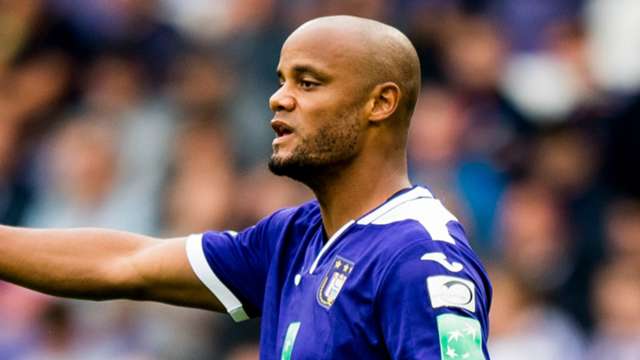 The centre-back named himself in the starting XI but could do nothing to stop a late winner in a 2-1 defeat at home by KV Oostende.

Michel Vlap gave Anderlecht the lead but Ronald Vargas and Fashion Sakala scored in each half for Oostende.

It was Kompany’s first competitive game since leaving Man City in May.

The 33-year-old signed a three-year deal with Belgian giants Anderlecht after 11 years at Etihad Stadium, where he won four Premier League titles.

Kompany, who scored five goals in 73 games for Anderlecht from 2003 to 2006, helping them to win two league titles, was given a hero’s welcome by supporters at Lotto Park.

A banner of Kompany, who played the full 90 minutes, with the message “left like a prince, came back like a king!” was held up in one of the stands.

Scarves with the defender’s face on and the words “Welcome home Kompany” were sold around the ground before the game.

There was also a rousing speech from former player Tomasz Radzinski, who had spells at Everton and Fulham, on the pitch before kick-off.