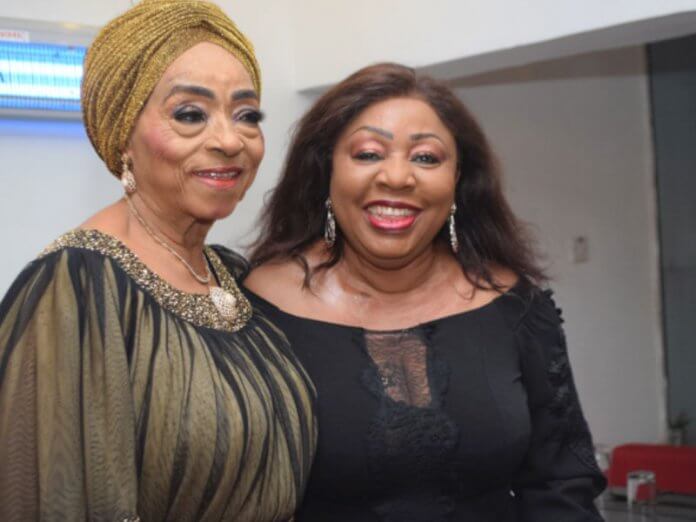 For over five decades, fashion icon, Abba Folawiyo and Senator Florence Ita-Giwa have been the best of friends.

They are like two bodies in one soul. Their friendship, no doubt, has stood the test of time. And you won’t be exaggerating, if you describe it as friends made in heaven. In some sense, they have a special way of appreciating each other.

As proof of their abiding love, trust and understanding, Ita-Giwa , a former Special Adviser to former President Olusegun Obasanjo, organised a dinner in honour of Folawiyo, who turned 77, at her newly opened Echoes of Calabar Restaurant, Victoria Island, Lagos.

The event was attended by dignitaries, including members of diplomatic corps, top government functionaries, business tycoons and socialites.

Beyond the fanfare, Ita-Giwa, it was gathered, also serenaded the guests that included billionaire Harry Akande and wife, popular businessman, Lanre Ogunlesi, Nta Lijadu, Ranti Johnson, maufechi Maureen Onigbanjo, Segun and Yinka Awolowo, Doyin Abiola, Mrs Macgregor among others with tales of her long-standing relationship with the celebrator.

Folawiyo, famously called Sisi Abba, is a showstopper any time, any day. If you are not drawn to her commanding dress sense, you will be stopped in your track owing to her graceful steps.

On her part, Senator Ita Giwa , a politician and philanthropist, is widely acknowledged to have positively imparted her society.
She is recognized as one of the most famous women in the Nigerian social and political circles.