He cited a legal advice dated January 15, 2019, by the Federal Ministry of Justice which he said absolved him of any complicity is the murder case.

He said the legal advice stated that there was no prima facie case against him and ten other members of the Okwojo-Ngwo community being held in custody.

He said the legal advice was duly communicated to the police, Enugu State Police Command at the beginning of the year.”

Ude also said that the report of the special commission of enquiry set up by the Enugu State Government to investigate the circumstances of the death of Ozongwu also did not indict him of any crime.

Narrating his ordeal, Ude said on July 9i, 2019, he was called to the Nigeria Police Force Headquarters in Abuja to give statements in relation to a petition he filed against Eric Ozongwu and others.

The petition complained of intimidation made by Eric Ozongwu against Ude and his family.

During this meeting at the Police Headquarters, it was alleged that several statements Ude had previously made to SARS Office Enugu on the case had mysteriously gone missing from the police files and that they needed to take him before the Enugu State Police Command for a further statement.

Ude said he was detained and transported to Enugu the next day. After making his statement in Enugu Police Station on July 10, he was taken before a Magistrate Court on July 11, 2019 when he was ordered to be remanded in prison custody.

The Enugu State Government and Enugu State Police Command responsible for Ude’s arrest and detention are aware both of the findings contained in the legal advice and their obligations to consider the matter resolved as to Ude.

To further illustrate the rogue and extra-legal quality of this arrest and detention by Enugu State Government and Enugu State Police Command, this matter is also currently in court, where the prosecution has concluded its case; again, not a single witness called by the prosecution made mention of Prince Afam Ude or any of the other Okwojo-Ngwo persons exonerated by the Legal Advice.

In light of the view of the Attorney General, the Enugu Courts and the Enugu Special Commission that Ude is in no way linked to this murder, it is highly unclear what legitimate and legal motivations the Enugu State Government and Enugu State Police Command could have to have actively sought Ude and to currently detain him.

Ude said his ordeal was as a result of personal vendettas and political machinations.

He also alleged that the family of Ozongwu was using the Enugu State Government and the courts as leverage in an ongoing family dispute and as a means to ultimately unseat his father the traditional ruler of Okwojo-Ngwo Ime Ama and destabilise his businesses.

Contrary to reports that he went into hiding before he was arrested, Ude maintained that he had freely travelled both locally and internationally in order to conduct his legitimate business as a successful contractor.

He also said that he had always been in contact with the police to make statements with regard to this case and to facilitate police intervention in returning peace and order to the Okwojo-Ngwo community.

Ude appealed to the federal government and other well-meaning and concerned people of Enugu State (and Nigeria) to intervene to put an end to manipulation of the police and judicial system by the Enugu State Government. 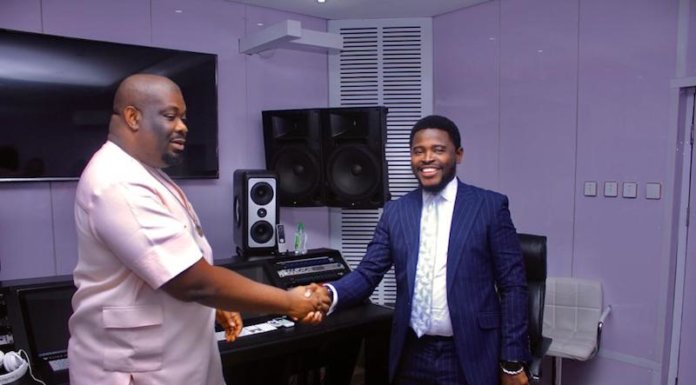