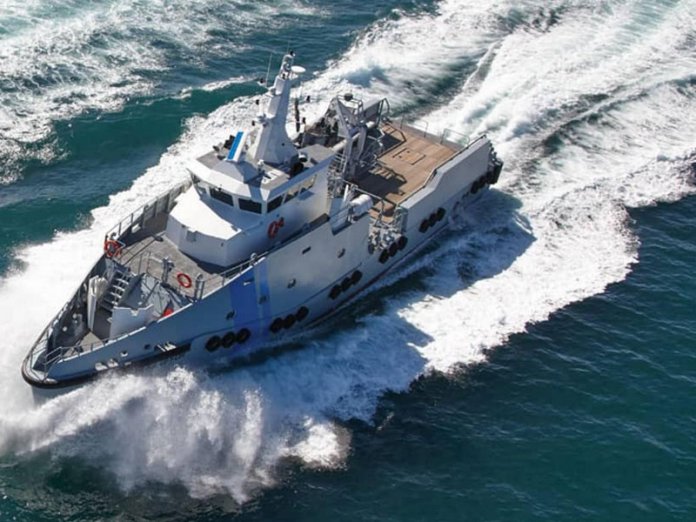 The 2019 edition of the conference, which also coincided with  Ghanaian Navy’s 60th anniversary was reported to be the largest gathering of Africa’s public and private sector maritime stakeholders, with more than 15 Chiefs of Naval Staff among the attendees.

The conference featured more than 20 interactive sessions hosted by the Ghanaian Navy as well as in-depth panel discussions all of which centred on the theme of the conference- ‘60 Years of Naval Excellence: Securing the Maritime Domain for National Development’.

Attendees were also engaged in dialogues on the potential for improving the effectiveness and versatility of marine vessels, cyber security and electronic warfare in a marine context, localising production and enhancing mechanical repair and overhaul (MRO) services.

The group, which is also a platinum sponsor of the conference pointed out that the gesture was in demonstration of its support for the force.

“We are excited to join the Ghanaian Navy at IMDEC 2019, an event which foster newfound dialogue and best practice in collaboration and innovation for securitising the Gulf of Guinea.

“The ECOWAS is home to one of Africa’s foremost oil and gas enclaves that unfortunately today has grown increasingly volatile, costing the region billions of dollars in economic activity. We look forward to continuing to play a role in safeguarding these coastal waters in tandem with our partners across the region,” he said.

“We also leverage our  decades of experience and expertise to develop and upgrade shore facilities in order for our partners to operate more efficiently, economically and sustainably.”