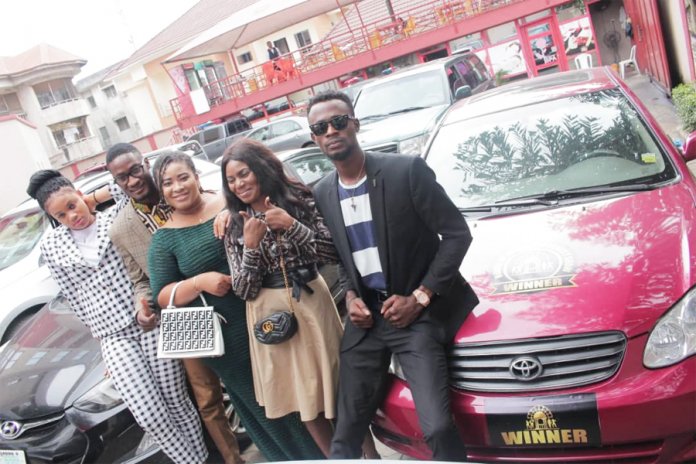 House of Models TV Reality Show is a brain child of identical twins, Joseph and Emmanuel Etim who are seasoned showbiz personalities and media moguls. They have just recently wrapped up a new season of their reality show which the winner went home with a brand new car and $3,000 cash prize and the runner ups weren’t left either, as the second and third place winners had cash prices to take home.

According to Emmanuel Etim, “House of Models Reality TV Show is a platform where we showcase models to brands and give them a platform to further push themselves and what they do. Our show is organised for models who can push their brands further and do more excellently.”

Osemobo, fondly called Priceless, in the house beat 19 others to win the price on a 20-day experience which witnessed a lot of drama, race for the ultimate price and lots more. She was presented her winning prize last week and celebrated alongside her housemates.

Other house mates expressed how big their time was in the house and the bits they could take out of it moving ahead. The experience helped sharpen them for the world outside. House of Models was aired on Wazobia TV throughout its 20 days showing.